My mother found me tidying her linen cupboard when I was 8 years old. She thought this was strange. I thought her cupboard was messy.

Until recently, I insisted on re-loading the dishwasher so that plates were stacked in descending height order and knives were bundled with knives, forks with forks and so on. I found it odd that others thought this odd.

Symmetry and order have always been important to me. Untidiness makes me feel unwell. Chaos historically filled me with fear and dread.

The old world of Public Relations was of course massaged and manicured to manage lurking chaos and disorder, and suppress the will of the people. It was a manufactured, imagined reality – one of tidy linen cupboards and neatly stacked machines. The world of old trust was an equally false construct – created and maintained by non-democratic hierarchies and stolen power. The new world blows all this apart. It is chaotic, very messy and often unpleasant. But at least it is real. I have got used to it and urge others to embrace it, too.

Few people understand the new reality better than David Weinberger, a professional inspiration. Co-author of the seminal Cluetrain Manifesto, it was with David that I first developed Public Engagement as the evolution of Public Relations. Together, we codified “PE” as bottom-up, social, open, values-led and action-driven: small words that captured bigger meanings. When we conceived the thesis nearly a decade ago, it was clear then that change was never going to be as slow again.

The smart leader is always on and welcomes dissenting, even angry, voices into the conversation. No-one can learn if they do not listen

Regarding change, I was right. Regarding the shift from Public Relations to Public Engagement, I was wrong. Public Engagement does not go far enough. Communications thinking must evolve towards Public Leadership (activist, co-produced, citizen-centric, society-first) and Public Value, where organisations become accountable to wise crowds and not to sterile, absolute, competitive measurements.

But Public Leadership, too, will only be transient. Our only constant is this state of permanent disruption. Old-style communications’ campaigns will never again enjoy the finite endings they once promised leaders, who need to think instead about permanent engagement and the creation of thoughtful spaces and processes that build constant dialogue and presence among multiple conversation and interest groups. The smart leader is always on and welcomes dissenting, even angry, voices into the conversation. No-one can learn if they do not listen. Any attempt to maintain control ignores the chaos of real people and real lives.

Fifteen years since publication, Cluetrain has been updated with New Clues. It still speaks to the awesome power of networks as the defining agency of change. “It is time”, reads the Manifesto, “to breathe-in the fire of the Net and transform every institution that would play us for a patsy”.

In a recent exchange, Weinberger warned of those who hijack the internet – “the fools and marauders” – including businesses who merely adopt the Internet’s trappings without understanding the gravity of its connections and the awesome power of we, the people. But ‘we’ also need to be protected from ourselves. We can become a dangerous horde. With the stunning power of connectivity comes greater personal responsibility. Unbridled, anyone can tip towards the vile, just as religious absolutism can beget an Inquisition or an ISIS. Loving chaos is essential and real. But we cannot use chaos theory to attack those we don’t like, often with unsubstantiated claims or false allegations. Collectively, we need to think hard about the common good; what to do when the crowd is not wise; or when it is dangerously wrong. 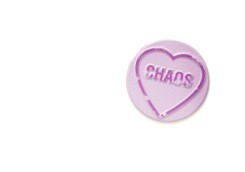