Apparently hospitals are reporting that the hearts of bankers are in strong demand by transplant patients — because they’ve never been used. And the Post Office has had to recall a series of stamps depicting famous bankers because people were confused about which side to spit on.

Why are we all banker bashing?

Banking is in trouble: low levels of trust, the failure to serve low-income customers and SMEs, ignoring or worsening sustainable development, and swallowing public bailouts given on the assumption the industry is too big to fail. It can’t be much fun to introduce yourself as a banker these days.

Within the current UK banking scene there are a series of key issues to resolve. These are trust, banking the “unbanked”, and sustainable development.

By definition, trust ought to form an integral part of banking. Yet it’s one of the last things to spring to mind when describing banking’s key characteristics. A recent online survey of 35,000 people by the Reputation Institute found the UK’s trust in banking has only just returned to pre-Northern Rock levels. Hardly surprising when the UK’s “big four” banks have accrued £66bn in misconduct fines and charges since 2011.

The second issue surrounds ‘the unbanked’ — those whose needs just aren’t served by the big banks. There are over 1.7m people in the UK without a bank account. Banking services catering for the needs of SMEs are also shockingly poor in the UK, especially when compared to structures in the rest of Europe.

Thirdly, the UK does not have any forward-thinking banks, genuinely interested in helping to create a more sustainable form of prosperity, based on regional, decentralised and ethical forms of energy, transport, food, farming and housing.

In continental Europe a host of community and state-owned banks like the Landesbanken, JAK Medlemsbank, agricultural co-operative banks, and the Mondragon Caja Laboral, all serve such needs. But, in comparison, the UK is a neoliberal winner-takes-all desert.

Unlike all these countries across Europe, where co-op banks are thriving, and places like Canada and the US, the UK does not have (and in fact has never had), any customer-owned, mission-led, sustainability-orientated, regionally-focused banks.

But the monopoly of the UK’s big mainstream banks is drawing to a close. Thanks to 2014’s Co-operative and Community Benefit Societies Act, co-operatives can now legally trade as banks.

This new Act has kick-started an imaginative leap for banking, ushering in alternative banking models to the UK economy.

One example of this is the Community Savings Bank Association (CSBA). Set up by a group of innovators with over 150 years banking experience between them, the CSBA developed “community banks in a box”, supported by the RSA and a host of individuals, giving groups and individuals frameworks for setting up their own banks.

Their vision of regionally-focused, mission-led Community Banks are set to disrupt the banking sector and put sustainable development, people and planet, back at the heart of the UK investment sector.

In my work as Research Fellow with the Washington DC Democracy Collaborative’s Next System Project, I’ve been lucky to see how socialised forms of banking can be the lynchpin to the development of “new economy” systems. These are already emerging in places like Emilia Romagna, where the social economy equates to 50% of the economy, and the $40bn strong Quebec Social Economy. This has inspired me to join the CSBA effort and start a community bank where I live.

My vision is that banks, like the one we are founding, can play a key role in being anchor-institutions for a Commons Transition in regional and national economics, away from our current system of “socialism for the rich and capitalism for the poor” to a participative economic democracy where we are all vested and invested in our future.

The bank, catering for communities in Bristol, Bath, Wiltshire, Somerset and Gloucestershire, Avon Mutual, will be taking local savings and using them to create local loans. The model serves the everyday financial needs of ordinary citizens, local community groups, and small and medium-sized companies. Every member gets a vote to influence how we will operate. These and other banks will become key anchor institutions in shifting our region’s economy to a “new economy”, focused on promoting sustainable and equitable prosperity on a tangible, regional basis.

We hope our bank will be part of kick-starting a wider movement across the whole UK — an imaginative leap towards community-owned banking, played out on a wide scale. As the saying goes, if you can’t beat them (the banks), join them…  and then beat them.

Jules Peck is a partner at Jericho Chambers and Director of the B Team’s Great Transformation Collaborative. He is a trustee of the New Economics Foundation; Convener of the Real Economy Lab, and a director of the Happy City Movement. 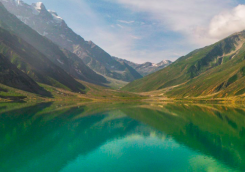