We are in urgent need of regulatory innovation. Globally, the affirmation of this sentiment is increasingly visible in the evolving discourse, along with the worldwide adoption of emerging tools such as regulatory sandboxes. However, beneath the buzz, hype and Kool-Aid, ultimately this trend is being driven by structural realities.

The systemic crisis we face is a crisis of governance; from VW to climate change, to the 2008 financial crisis. It is a crisis of a post-industrial society still governed and legitimised by analogue, industrial-society institutions, concepts and methods.

Together, this proposed stack of intervention provides a framework for driving the structural regulatory and institutional innovation vital to achieving the scale of progress necessary both in terms of unlocking “growth” and also addressing the wicked challenges facing us in our survival as a civilisation, if not a species.

Indy Johar is partner at Jericho Chambers, Co-founder of Project 00 and Dark Matter Laboratories, and Senior Innovation Associate at the Young Foundation.

The above article, originally published on Medium, reflects a series of learnings from regulatory futures projects Dark Matter is involved in globally, and builds on a recent discussion hosted by @jerichochambers and the Go-Ahead Group on the Future of Regulation. A previous article on other themes related to Innovation’s Boring Revolution is available to read here. 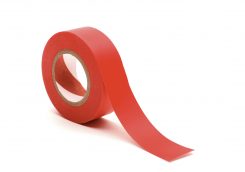