Having children has moved death up my agenda. When I was small, my parents moved to Mauritius and I’ve travelled by plane regularly since, and even worked on crisis communications after plane crashes, while giving scant thought to mortality. But things have changed.

If I fly without my children – strangely not when I am with them – I board certain in the knowledge that the plane will crash. After finding my seat, I fantasise about standing up and marching off until the doors shut and we push away. I angst through take-off before segueing into gloomy daydreams about life insurance, funeral music and telling my former boss that he’s in charge of reading out a farewell letter that I’ve never written. My husband does not do this.

‘My interest in diarised cancer battles started with John Diamond, whose column and book I devoured, framed largely by my idealisation of his wife, Nigella Lawson’

It reminds me that my value in society is now defined by being a mother. If I died interestingly, the headline would say “Mum-of-three [insert dramatic death scenario]”. 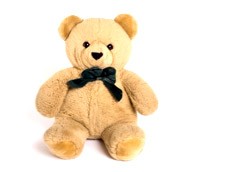