At the end of December last year the Next System Project co-hosted a webinar with Real Economy Lab (REL) and the New Economy Coalition on “Mapping the Next System” (video viewable in its entirety here).

Over 500 people signed up for the webinar, testimony to the growing level of interest in understanding the evolving next economy ecosystem, its players, their interrelationships, their theories of change, principles, values, and practices. These issues form the core focus of REL’s current metamapping of the next economy world.

Moderated by Gus Speth, Co-chair of the Next System Project the webinar featured a panel discussion involving Jules Peck of REL, Michel Bauwens of the P2P Foundation, Ferananda Ibarra of  VillageLab / Metacurrency Project, Michelle Mascarenhas-Swan of Movement Generation, and Ed Whitfield from the Fund for Democratic Communities.

Jules Peck opened by presenting the purpose of the Real Economy Lab: to build understanding and awareness of alternative ways of running and designing a next economy, and to be a facilitator and connector of next economy change-agents, connecting the dots and creating the conditions for convergence across the next economy ecosystem.

Peck and his colleague Benjamin Brownell explained that at the heart of REL’s online platform is an evolving, innovative, highly visual and interactive network map of the evolving next economy ecosystem. You can view Brownell’s overview of the mapping process and visualization outcomes here. A Kumu video walk-through which illustrates the power of this ecosystem mapping can be found here.

REL has been surveying the landscape and identifying the linkages between these diverse initiatives and aims to provide an interactive platform where the cumulative knowledge, aims, and resources of these movements can be drawn together in order to seek common ground and drive coordinated action.

What do we, as the constituent parts of a potential movement for a next economy, have in common? What principles, values and alternative economic paradigms motivate our actions, and where are we ultimately aligned? How do we talk about this more openly?

The discussion among the panelists explored the value of mapping the next system:

Ed Whitfield, a longstanding campaigner for rights and livelihoods, talked about putting resources back under democratic control. Asked how the Southern Reparations Loan Fund intends to change the economy, he explained that it creates non-extractive funding structures and gets them into the hands of those who need them. Whitfield emphasized the crucial need for next economy players to network and collaborate and the valuable role of tools like the REL metamaps.

Michelle Mascarenhas-Swan from Movement Generation and the Our Power campaign spoke about the right to have access to the resources necessary for productive, dignified and sustainable livelihoods. Securing this right, according to Mascarenhas-Swan, will require all of taking action toward a ‘just transition,’ creating the local living economies that this right depends on.

Read the full account of the ecosystem metamap here, on The Next System Project. 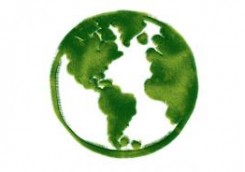