The twenty-first century is suffering from a twentieth century hangover. It is called measurement.

An obsession with measuring everything has squeezed life out of leadership and imposed unhealthy managerialism and bureaucracy upon the world. A tendency to focus on narrow goals has impeded accountability to the greater good.

In an era of globalisation and great fragility, now is the time to concentrate on outcomes rather than outputs and on benefits for society as a whole: to find a theory of change that supports who Occupy called the 99%, not the 1%: humans, not machines. Long-term benefits for all should trump the competitive individual or organisation. Better accountability models need to speak to the networks of the new normal, not prop-up old, crumbling hierarchies.

This is as applicable to a single organisation as it is to a nation state.

In his famous critique of Gross Domestic Product in 1968, Robert Kennedy noted GDP counted stocks of napalm and nuclear warheads, attributed financial value to cigarette advertising and air pollution, yet provided nothing in terms of quantifying health and wellbeing, compassion or devotion, intelligence or integrity: human values.

Measuring everything in the way we have become accustomed de-humanises us.

Operating within their own hugely opaque set of metrics, financial services institutions played Russian Roulette with the global financial system – and lost. Boardroom pay spirals out of control in a culture of “mine needs to be bigger than yours” – and provokes a growing sense of inequality and injustice that quickly turns to political anger. League tables in education and prison systems force a race-to-the-bottom and mask underlying structural issues that further penalise the disadvantaged. This in turn allows policy-makers to avoid answering bigger, better questions about what sort of society we are and who we want to be.

This is an existential crisis. Organisations become so obsessed with quantum measurement that they end-up lying, cheating and deceiving in order to get ahead on any particular scale. The Volkswagen emissions scandal of 2015 is a perfect example – and it is probably not alone.

Meanwhile at work, as author Margaret Heffernan notes, “we measure everything except what counts”, echoing Senator Kennedy half-a-century earlier.

GDP, Kennedy concluded, “measures everything in short, except that which makes life worthwhile”. We all need more meaningful lives, yet in the workplace we are increasingly risk being judged as little more than “bad robots” if we don’t measure up to a certain set of standards. At the same time, technology and automation march on with unstoppable momentum. The better robots will most likely win, unless we re-think and re-set the goals and objectives along more human lines.

The world’s measurement obsession is not, therefore, a healthy one. It fosters a culture of rules and compliance, not values and ideas. It enforces control rather than liberates people to collaborate and innovate.

Sensible, pragmatic management is of course essential to the smooth running of any organisation but, as Professor John Kotter point out, management is still not leadership. Measurement may therefore support short-term order and near-horizon objectives and delivery, but leadership allows the freedom for people to envision and then negotiate change over the longer-term.

Hence the need for new leadership and communications thinking that is fit for purpose in the low-trust, high-volatility mid-twenty first century and which addresses the challenge of welcoming long-termism over short-term quick-wins, and accountability over measurement. This model of Public Leadership and Public Value rests on four principles: activism and co-production, being citizen-centric and placing society first. It is matched with accountability to citizens and society – the Aristotelian notion of a flourishing polis and common good. It actively embraces vulnerability and dissent to build trustworthiness between communities.

CEOs would do better to work with all levels of the organisation to focus on to whom we are accountable and why, rather than obsess about anachronistic measures of profit maximisation and shareholder value. Benefits should be articulated with human understanding and empathy and a focus on values and the human organisation. Business orthodoxy tells us it is essential to stay focused – but this should be on societal outcomes, not bureaucratic outputs.

New leaders, with new models, are emerging. Buurtzog, the Dutch nursing network, has demonstrated that it is possible to dismantle traditional structures and improve effective patient care while also significantly reducing costs – by changing the model. Valve is a major US software player with no management structure, where “value” and compensation are both peer reviewed. US pharma company DaVita has abandoned the conventional Return on Investment model and shifted to one of accountability instead. Semco, the Brazilian industrial conglomerate, has inverted the old pyramid of management and placed decision-making in the hands of employees. Spain’s Mondragon proves that it is possible to co-operativise at scale. In this new world, community building – not measurement – is central to supporting a better bottom-line.

All these examples are thinking about sustainable citizen and societal benefits and the longer-term. Leaders and organisations communicating honestly and openly around purpose and ambition – and placing human values first – will help shift the world from one of measurement to one of accountability. They will help us find a vital hangover cure for the world of business, and hopefully for the world of politics, too. And they will kill much of the bureaucracy that is slowly killing us.

Robert Phillips is the co-founder of Jericho Chambers, the author of Trust Me, PR is Dead (Unbound, 2015) and a Visiting Professor at Cass Business School, London. 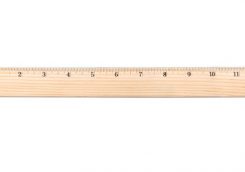