Cities can implode, especially when they face a catastrophic shift in the environment to which they cannot respond.

Petra, in Jordan, was once one of the richest cities in the world because of the Nabateans’ technological prowess in building dams and conduits to make the most of scarce water supplies. Yet when trade routes shifted to go through competing cities like Palmyra, Petra was cut off from the flows of people, goods, spices and gold that made it wealthy. Its classically inspired buildings carved out of the rock became monuments to a lost civilisation.

Perhaps that will be the fate of the Walkie-Talkie and the Cheesegrater. Built at the height of London’s financial and property boom, they might one day be seen as reminders of a lost world. Such a thought would have seemed far-fetched a month ago, when London was basking in its own success. But since June 23, when the rest of England voted to turn its back on the EU, the city’s outlook has taken a turn for the worse.

London and its leaders now face five scenarios for the city’s future, each informed by a model loosely drawn from other cities that have faced similar shocks. Which route will London follow?
Read the full article here, originally published in The Financial Times. 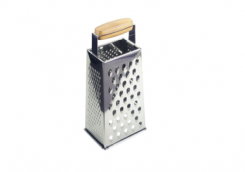