As we rush headlong towards this week’s referendum on EU membership, other notable events can all too easily get overlooked.

Each year, the Small Cap Awards selects the best companies in the sub-£150m market cap quoted company sector. Last Thursday was the 2016 Small Cap Awards, at which two member firms of the Social Stock Exchange won awards for their achievements over the last 12 months. Ashley House, the health and social care property provider, won ‘Social Impact Company of the Year’; Capital for Colleagues, an investment vehicle focused on employee-owned businesses, got the ‘Alternative Finance’ award. Well done them for their thoroughly deserved success.

These two companies, along with all other Social Stock Exchange members, have pledged themselves to doing well by doing good; profit with progress; however you want to define it, they are committed to not screwing the world and its peoples. If only there were more such companies.

As it is, we seem to me to be poised at a crossroads. The recent past, in the form of the Great Financial Disaster of 2008, is still being tidied up; purged, if you like, of excesses and dubious individual and collective behaviour.

Last week the giant bank HSBC settled a class-action lawsuit that had been hanging around since 2003, when it bought the US subprime mortgage lender Household for $14.3 billion. It paid $1.6 billion to settle this action. Let’s remind ourselves what the euphemism ‘sub-prime’ mortgages means: it means lending money to people who are unlikely to be able to repay it.

Having settled this, HSBC is still deep inside the woods. It faces investigations into rigging foreign exchange markets; payments to officials at FIFA; tax evasion by clients in several countries; the mis-selling of US mortgage securities; involvement in the Bernard Madoff Ponzi scheme; manipulation of precious metal prices; and compensation claims from Brazilian savings account holders.

At the grubbier end of contemporary capitalism, UK-style, we all now know that Sports Direct workers have been paid less than the minimum wage, and one employee reportedly gave birth to her baby in a company toilet because of the prevalent culture of fear at the company. And we know that the jobs and pensions of thousands of BHS workers were traded for £1, paid to a bankrupt who had never run a retail empire.

What I find fascinating about these horror stories – and the many more we could mention – is that to a large extent none of them would have happened without individuals losing all sense of ethical behaviour. If one wants to do business, to make money, then checking out one’s conscience at the threshold is not – or should not be – acceptable. It seems a very simple rule.

The 2012 Kay Report touched on this and made a start in bringing ethics back to business, specifically in the financial markets. One of Kay’s recommendations was putting an end to short-termism in all its forms; and there has been a rash of institutions voting against obscene boardroom pay that rewards failure or success just the same.

Yet investment banks and their hosts of advisers are still with us and have a strongly destabilising effect. Their generally short-term, grab-the-money-and-run approach to investing, and the notoriously damaging excesses that result, continue to undermine long-term interests and, given their size, help undermine urgently needed cultural change. The sub-prime mortgage market has started to reappear in the US. Lessons have not been learned.

Fortunately, the Ashley Houses and Capital for Colleagues of this world are probably too small to be circled by the mammoth investment bank vultures, where deals below £100 million just don’t provide enough carrion to pick at.

Yet size matters, after all. Most asset managers and larger investors want to see scale before they are willing to back small companies. We need the Ashley Houses and Capital for Colleagues’ to grow while retaining their ethics. We are at a crossroads – we can either slide back into the bad old ways of doing business, by prioritising above all else the making of a quick buck; or we can push forward into the tangled undergrowth, rediscover our conscience, and back those companies that show some respect to their staff and our world. 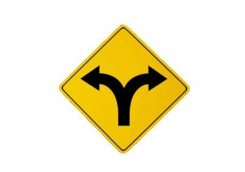