Britain is a nation of immigrants, with a migrant-built economy. Many people now claimed as its own – from Huguenots and Jews to refugees of Amin’s Uganda – have faced inevitable short-term integration challenges and longer-term, low-level establishment xenophobia.

Despite continued abuses in human rights and working conditions that shame the modern state, the economic contribution of migrants is remarkable, thrown into sharp relief by news of an impending strike by Polish workers in Britain.

Agricultural labour is one area where migration is mostly tolerated – maybe because it remains beyond the average day-view of the London commentariat but principally because it reflects the fact that business models – “flexible” contracts, low wages, transient commitments – are hugely dependent on it.

In a recent government report, a representative from The Co-Operative group argued that non-EEA countries such as Ukraine, Russia, Belarus and Moldova represent good potential sources of the candidates needed for the agricultural sector. Ukraine alone has about 250,000 agricultural students – rich pickings.

You can read the rest of this article on The Guardian 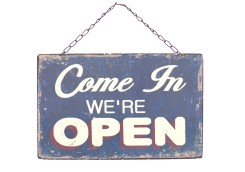