In 2015 we made 52 million complaints to ombudsman schemes in the UK. The two most-complained about sectors were telecommunications and energy. I don’t think we have turned into a nation of whiners-without-cause. It’s time-consuming and boring to make a complaint, especially when there’s often little hope of having the moan dealt with satisfactorily.

People are particularly irked about energy. It’s not just that energy costs have risen astronomically (although they have gone up by 88% in real terms for an average home between 2004 and 2014) – the range of possible tariffs has become a jungle, even though this ‘liberalised’ market is dominated by just half a dozen companies. And for those millions of financially hard-pressed UK households on pre-paid meters, it’s a rather savage jungle.

Pre-paid meters are usually installed when someone has slipped into debt with an energy supplier. They are also often fitted by landlords in rented homes, to minimise the risk of tenant default. But the cards used to ‘top-up’ energy credits are inconvenient – and often mean that the user is paying the highest costs… 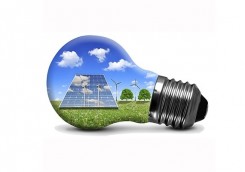