In case you missed it, last week we interviewed Professor Helen Thompson, author of Disorder: Hard Times in the 21st Century, as part of our Jericho Conversations series.

Helen has been at Cambridge since 1994. Her current research concentrates on the political economy of energy and the long history of the democratic, economic, and geopolitical disruptions of the twenty-first century. She was a regular panellist on the influential Talking Politics podcast and is a columnist for the New Statesman.

As politics in the UK continues to experience a high level of disorder, Matthew Gwyther asked Helen about Brexit and Boris, the democratic process, the energy crisis and the return of onshoring.

Thank you for joining us (if you did), and sorry you missed it (if you didn’t!). It was another great conversation. Below we’ve captured some of the best bits from the webinar. 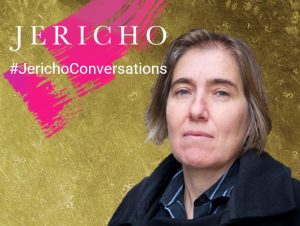 If Boris was the answer, what was the question?

“I don’t think his ascendance and success can be separated at all from Brexit. There were no illusions about who he was, but the conservatives were facing existential annihilation. He was the role of the dice and by one means or another he found a way out of the log jam, but I don’t think there was any real belief that he was going to have a character transformation.

“He was the price of Brexit. Now that that’s achieved, the fact he is exactly who he was before, there is nothing more to compensate for his deficiencies.”“The answer became Boris Johnson because of what happened in those European elections – not because he was capable but because he was the man who was willing to take risks. It was never going to be a stable way of governing.”

“The problem now is aristocratic excess, there is too much power and wealth concentrated in too few hands.”

Helen on dissatisfaction with the democratic process in the UK and how to address it?

“I concentrate a lot in the book about institutionalised EU treaties because it is important and a common thread that runs through disruption in France, Germany etc. From the 70’s the way the world economy was changing, and increasingly western governments were keen to use globalisation to bring a source of cheap labour. It had a drip, drip, drip effect on trust in democratic politics.”

“Corruption, particularly in the US, the feeling that an elite benefitted from politics solidified the sense that there was a class of people who were not being represented and were being used in competition between the elites.”“The problem now is aristocratic excess, there is too much power and wealth concentrated in too few hands. Technocratic claims have diluted democratic claims. Democracies must find ways to rebalance and make the democratic part more important without falling into democratic excess.”

How grim is the prospect concerning energy?

“The prospect of hot water rationing in Hamburg earlier this week is a good example of where we are. Germany has a severe gas supply problem and I think the problems are acute at the moment, but this could become a wider European problem by the time we get to the winter.”

“If we want a comparison with the 70’s, I’d say the underlying energy problem was around oil and the price of oil – coal miner strikes were a compounding issue. What we’re seeing now are oil, gas and to an extent coal supply problems. In the 70’s this was also predominantly a western problem but now this isn’t true. European countries can’t simply say ‘okay we have to pay more’ they are now in competition with Asian countries and this is a territory we haven’t really been in before.”“Most of the EU countries have something different about their energy predicament from each other – there is the potential for this to destabilise the EU. A country that’s in the euro is in a different position from the UK. Brexit showed what a difficult procedure article 50 is for any state that wants to leave and I think it’s been demonstrated where the power lies in that process. The limitations of article 50 have been exposed and none of it works very well.” 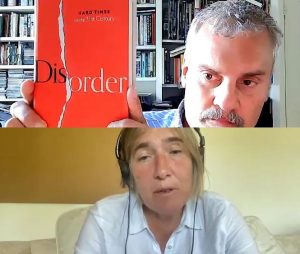 “The pandemic showed the crucial importance of resilience in coping with a crisis. The shocks we’ve seen so regularly have put a higher premium on resilience”

Helen on Brexit, globalisation and onshoring

“Economic impacts short-term are difficult and in the world in which Brexit came into – the pandemic; war and energy crisis – makes it more difficult. Certain political questions that had been depoliticised and those who were treated as irrelevant – suddenly it wasn’t true any longer. Politicians had to rethink the way they were doing politics and from that came the levelling up agenda.”“The rising energy costs of transportation will be a factor in the changing nature of the world economy. The pandemic showed the crucial importance of resilience in coping with a crisis. The shocks we’ve seen so regularly have put a higher premium on resilience. The aspiration for onshoring will be there, I can see that certainly in a number of sectors but it will be far from across the board and in certain sectors, it will be really quite difficult.”

Is disorder the way of things going forwards?

“I think we should think that disorder is the way things are most of the time but what we’re experiencing at the moment regarding the energy crisis and how it interacts with Russian power across the world – it’s a much higher-level disorder.”

Jericho Conversations is one of a number of initiatives that spontaneously emerged during the first COVID lockdown – part of a determination to use moments of crisis to pivot towards a better, fairer, more equitable and sustainable future for all. By popular demand, we have reignited the bi-monthly series to help find surprising and refreshing solutions and insights into a world in constant flux. Each conversation – led by an expert speaker – is designed to keep Jericho communities engaged and thinking about “what comes next?” for business and society.

All Jericho Conversations are available here. We will announce our next speaker shortly so stay tuned.

Linked to these conversations is our day job; a series of deep-dive programmes on topics including Business & Democracy; Public & Private Partnerships; New forms of Corporate Governance in a world of turmoil and Global Tax Transparency. We are actively looking for sponsors and contributors to each of these projects, so please get in get in touch if you have thoughts or ideas to share or would like to find out more about Jericho and/or working with us to help build a better society. 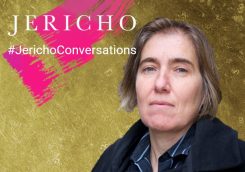