Roxanne here, for my second guest edit of Jericho Notices.

July was brimful of breaking news: the right to die debate continues, a reshuffle in Government and new legislation allowing women to become bishops. Find the above covered in this month’s Notices. 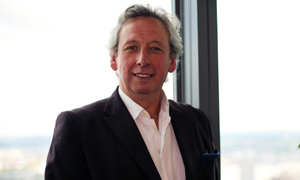 George will be based in IBT’s Canary Wharf offices and I am happy to say he remains Jericho Chairman. We hope you will all join us in congratulating George in his new role.

Speaking of new titles, “when the well-respected Foreign Secretary resigns, the bête-noir of the left is demoted… people tend to sit up and take notice”. In an article on our site – “Night of the long knives for the pale, male and stale (and poorly polling)” – Chris Rumfit, founder and Chief Executive of Corporate Reputation Consulting, discusses the recent cabinet reshuffle, replacing the “male, pale and stale” with people [in this case more women] who closer represent “the country they seek to lead.”

Chris puts forward his case on the Government’s motivation behind the reshuffle and questions why ministers Nicky Morgan, Liz Truss and Priti Patel “didn’t get these jobs before today.”

Robert hails Public Leadership as the future for corporates, in which they “ask bigger questions of themselves, put citizens before capital and re-configure their organisations as de facto social movements before developing communications strategies rooted in actions not words.”  Way to go.

Based on a survey of 4000 people and executive quotes, the self-help book “proposes glamour” as the way forward: “Angelina Jolie is mentioned three times more often than Angela Merkel”. Christine describes Executive Presence as an unapologetic “style” book that places looks before substance, and states that “it is time to stop conceding to the world as it is and to start embracing difference.”

Robert was invited to speak at Smith & Williamson Enterprise Index Quarterly Breakfast, to address entrepreneurs on Public Leadership and answer questions about his forthcoming book, Trust Me, PR is Dead.  Robert’s talk made uncomfortable listening for some, who find it difficult to accept that the world is changing, however as one entrepreneur puts it, he “has a lot of balls” to do what he does. No comment.

George joined a panel on ITV’s Tonight show. Up for debate: the Assisted Dying Bill. The bill, which recently went through the House of Lords for its second reading, was narrowly passed for further consideration. The programme made for interesting viewing as George expressed a compassionate opposition to the Assisted Suicide Act, fearing for the weak and vulnerable.

The debate continued on ABC Radio Australia. In an interview with George for the Religion and Ethics Report, Andrew West asked whether he was surprised by former Archbishop of Canterbury, Dr George Carey, acting in favour of the Assisted Dying Bill in the House of Lords, to which George replies, ‘it came less as a surprise’, because Dr Carey is a contrarian. George also highlights that there are no political – liberal (pro) or conservative (against) – divides on the bill. In the same interview, George also welcomed the approval of women bishops in the Church of England, after the legislation had previously been blocked.

Trust Me, PR is Dead, is almost here! Robert handed in his final manuscript to the publishers last month. The book was successfully fully funded via the Unbound crowd-funding page. Stay tuned for more updates!