We’re very pleased to introduce you to another new Member of Jericho Chambers. Since our launch just 8 months ago, we’ve grown from our founding four Members to a cadre of 10 Members – and to 27 Partner organisations. We’re looking forward to announcing our eleventh Member in early June. Meanwhile, here’s Gary Mead… 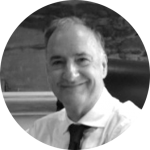 Gary’s specialist area is Ethical Financial Markets. He believes in the urgent need to reconnect financial markets with ethics and trust and will enhance Jericho’s service to City institutions.

He is Executive Director of New City Initiative (NCI), which comprises some 45 independent asset-management firms committed to restoring public trust in financial services. He was formerly Communications Director at the Institute of International Finance in Washington DC.

Gary’s background is in financial journalism. He held a number of senior editorial roles on the FT and has also worked for the BBC, Granada TV, the New Statesman and The Observer, where he covered the rise and fall of Solidarity in Poland. He has also held senior positions in commodities research, first at the World Gold Council and then at VM Group.

Our assignments continue to take Members of Chambers all over the world, including stints in Russia, China and the Middle East.

We have been doing a considerable amount of work on Future and Human city programmes – including live projects in Africa, Moscow and Beijing. Robert has been closely involved with the development of The London Recipe published by the Centre for London, where he is an Associate, with the support of Capital & Counties Properties plc.

“Purpose” and ethics continue to play a central role in much of our work. Having answered the question “what does a socially useful bank look like?” last year, we have been exploring similar big questions in the financial and professional services sectors, including the development of new decision-making protocols for large organisations, with ethical behaviours at their core.

We’re pleased to announce that Donald Steel has joined the Progressive Communication Network as Crisis Partner.

Donald is a specialist in reputation and crisis and issues management and, for 11 years, he was the BBC’s chief media spokesman, when he dealt with some of the biggest international media stories of the last decade.

Donald stepped down from this role three years ago to work with individual, corporate and government clients in London, Europe, the Balkans, the Middle East and Asia Pacific, although he remains an adviser in communications to the BBC.

We continue to publish some thought-provoking articles and findings from our Network this month. The first, guaranteed to alarm anyone who received its headline as an email subject, was “Well Done, You’re Fired” – a summary of The Foundation’s second Forum of 2014, which makes the case for businesses changing their teams as they develop and grow.

We also shared the news that Cass Business School will be launching a new research centre: ETHOS – The Centre for Responsible Enterprise. ETHOS will bring together world class scholars who conduct cutting edge research in the areas of corporate social responsibility, governance and sustainability.

And in a joint venture between Jericho Chambers and Hot Spots Movement, we are planning a roundtable which will look at the question: “Why is it so difficult for business leaders to drive change?”. We’ll explore the relationship between CEOs and their teams, and the challenges they face in implementing real change in their organisations. We look forward to sharing more details and our findings later this year

George Pitcher wrote “An open letter to whoever is Prime Minister one year from today” and Allan Biggar called for “A Very British Coup” during “A Quick Chat With…” George at the Ivy Club earlier this month.

Gary has also been getting into the swing of things with a number of punchy polemics on some of the big banks and financial institutions’ recent activities. Barclays, Deutsche Bank and the IMF were the first victims – in “74 Farcical Seconds”, “Have a Nice Day” and “The IMF ‘Gets’ Ethics”. Keep an eye on our website as, in Gary’s words, “(un)ethical financial markets means there’s something worth writing about almost every day….”

Make sure you don’t miss “From Common Good to Public Value”, for Robert’s latest thinking on Public Leadership and how we articulate and evaluate Public Value, as well as a sneak preview from Part Three of Trust Me, PR is Dead.

We are now opening our doors on a (semi-)regular basis for Thursday evening drinks, and we’d love to see you there. To find out when the next gathering will take place, email me at kellan.palmer@jerichochambers.com.