The clock ticks. A Labour leadership ballot paper sits on my desk. I have 24 hours to decide. No, not whether I should back Owen Smith. A lukewarm version of Ed Miliband that has failed before is easy to dismiss. A huge chunk of what is now Old Labour simply don’t realise that the game changed after the crash of 2008. In a world donated by zombie neo-liberalism, there is no sharing the proceeds of growth route to social democracy anymore. Triangulation, even a left wing version of it, simply doesn’t register, while the whole premise of an “own the centre strategy” is defunct. No the problem is whether I can back Jeremy Corbyn again as I did last year?

Just by signalling doubt I can of course hear the fury rising in the throats of self-styled Corbynistas. But maybe hear me out – it might help Jeremy succeed if you do.

This time last year I wrote on this site that I had no illusions in Jeremy as Leader.  He never wanted to be leader, hadn’t prepared for it and was standing to change the terms of debate not win the vote. All that was clear then and is just as clear now. Instead I was voting for the wave – the surge in energy his leadership had unleashed. What has happened in a year and do I feel the same? I know for so many it’s so simple and obvious – that we must simply get behind Jeremy – but for me it feels much more complex.

What then should our realistic expectations be after 12 months in a job he didn’t want and wasn’t prepared for? Of course we have to register that much of the media and some in the parliamentary party have never accepted his mandate and have behaved badly to say the least. Progress (or is that momentum?) was always going to be tough against so much hostility.  But leadership is ultimately about getting round such problems.  Clearly within a year and given such hostility obvious public signs of successes are going to be limited.  But we should expect that medium to long-term strategies and foundations for political success will start to have been put in place.  There are issues of tactics we can of course pick up on  – but my worries are deeper, to do with culture rather than competence.

The biggest thing for me is Corbyn’s refusal to support proportional representation – which is the litmus test of whether Labour wants to enter the modern world where the future is negotiated rather than imposed. Not just this but he has ruled out an alliance with the SNP, despite the fact that it is blinding obvious that a deal has to be struck both in the interests of Labour if we want to defeat the Tories (and the SNP as it starts to drift without a winnable second referendum on the horizon).  And he has again said that he wants to get rid of Caroline Lucas the Green MP in Brighton Pavilion – one of the few bright stars in the political sky. On this he is not only wrong, but massively out of step with his own supporters, 91 per cent of whom in a recent YouGov poll said they wanted an alliance with the Greens. If Labour under Corbyn, like Labour under Miliband, Brown and Blair is going to persist with the myth that the party can conjure a majority and govern effectively on its own amidst all the complexity and diversity of the 21st century, then there is no hope.  There will be a progressive alliance or there will be nothing.

This lack of willingness to build alliances outside of Labour is reflected within. The very existence of a list of 14 enemies you want to take out speaks to an old school drive by shooting version of politics that binds elements of the left and right together.  It is clinical and instrumental. And the problem is that if you live by the sword you tend to die by it. Retribution begets further retribution and sits oddly with the kinder gentler politics the project proclaims. In the end the only things we can really do it prefigure the word we want to create by being the change we wish to see in the world.

Finally, what about Momentum and the wider social movements?  Here there is incredible potential to build a political force capable of transforming British politics but once again it is handled in such a clunky and old-fashioned way. Yes, Corbyn welcomes the role of the social movements but all too often it feels like they exist primarily to serve his parliamentary needs – and not be forces in their own right.  It’s the same with Momentum – which should be set free of its limited role as the Corbyn Pretorian Guard and be allowed to develop as a radical autonomous group, owned and controlled by its members rather than one person. Politics in the 21st century will be a product of what Compass calls “45 degree politics” – the meeting point of the vertical state/party politics and the horizontal movements. The relationship between the two will always be as tense as it is necessary.

The theme running through all this is trust – can the leadership let go and trust all of its stakeholders – not naively – but as the predominant form of governance instead of control?  Lets be honest, this is tough.  Corbyn and John McDonnell were treated as pariahs by most of the party for decades. Naturally enough they operated as a small tight clique, their backs to the wall against the world.  But you know what John and Jeremy, largely you were right and most of those that dismissed you were wrong. You won, not just the leadership but much of the argument.

But that counts for nothing unless you now start trusting people.  You cannot change the party or the country as a tight clique – you have to open out. You now have to be bigger than you former enemies and start building alliances and buy in for your project.

Ironically, people close to the leadership circle warned me not to write this piece as it would make the leadership more hostile to me and therefore reduce any influence I might have. But having worked around Blair, Brown and Miliband, to little if any avail, I know you can’t have real influence on their terms – only by saying what you believe to be right. My vote, if I use it, is irrelevant. I want Corbyn to succeed in terms of capitalizing on the space he has helped open up.  But to make that happen he has to start trusting people, not least so that the country starts to trust him.  Otherwise it’s another dead end.

Ultimately though it’s not about Jeremy or any leader – it’s about us – the wave.  Leaders can’t betray us or save us – we can only do that for ourselves. Does Jeremy and his team want to facilitate the transformation of Labour and our society in the only way possible – through popular collective participation – or do they want to control and therefore strangle it all?  By voting for Jeremy am I voting for yet another controlling politician or someone who trusts the people?  The clock ticks. 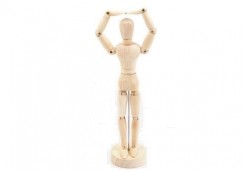