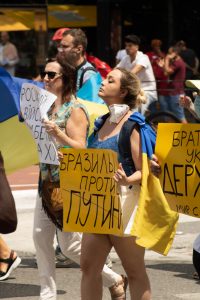 Business and Democracy have had an ambivalent relationship. If Democracy is seen to be politics, business has taken the view that it does not involve itself. But if Democracy is seen as the process of passing laws and regulations, business shows a keen interest in having an influence. This is a very transactional mindset. It also seems out of keeping with recent events when political decisions have had a profound effect on business and business has responded to societal issues of inequality and injustice ahead of political direction. This shift is happening as business realises that being apolitical is not a realistic proposition and is increasingly attuned to, and assailed by, views of employees and consumers as citizens, not just as economic  price and profit orientated  stakeholders.

How should business navigate its way to a new and interdependent – rather than transactional relationship – with Democracy, with its attendant issues of politics, citizen voice, participation and the relationships between society, government and business? At stake is the role of business in society and the prize is to be seen by stakeholders and citizens to play a full, legitimate role in creating a better society within which business can contribute and thrive.

As the first step in a new programme of work for Jericho, a group of business leaders, journalists, policymakers, campaigners, academics and commentators gathered in May 2022 to explore these issues. This note is a summary of that discussion. The conversation was held under The Chatham House Rule, but people are quoted where they have given express permission.

Is Business Political by Nature?
Threats to democracy are threats to business

Democracy is a very difficult word, everybody understands something different by the term and it’s difficult to define. Dr Joe Zammit-Lucia (Co-founder of Radix UK and Author of The New Political Capitalism) offered some opening remarks.

“I titled my book politics rather than democracy because people often think of the messy and somewhat sleazy process of electoral politics. But politics is the process by which we decide what sort of society we want to live in and how we find a way forwards in a world full of different and often conflicting opinions”.

“We went through a phase in the last century where business somehow came to define itself as apolitical which is always nonsense. How can business exempt itself? … We had Milton Friedman who said business should do nothing else but make money for shareholders – how convenient. Imagine we could live out life following a single objective and never have to trade anything off”

“Ukraine was the slap in the face that we needed to get out of our delusions but perhaps the start was 9/11. We had wars everywhere, the financial crash, China pulling back on openness and the illusion of globalisation as a universal good. All of these ideas are now shattered and politics is back with a vengeance and business can no longer exempt itself from that.”

Joe pointed out that markets are ultimately political constructs, created and governed by the rules and regulations in which they operate. They are not commercial or economic constructs. They are social constructs.

Another participant reminded us “The most successful companies usually come from western, democratic countries and have the strength of the places they operate, relatively free and well-regulated markets while also reaping significant monetary benefits from operating in autocratic countries and propping up those regimes. The role business plays in sustaining these regimes has to be explored.”

How then, can business find a way of dealing with this new normal effectively? Joe argues that business has no option but to be political – at its best it’s the idea that business has a role in pushing forward on projects we all want to achieve as a society which was demonstrated during the COVID pandemic where business and government delivered a vaccination programme in record time. A perfect storm of business and politics working together in the same direction.

The issue, if you’re being political, is how does Business travel in the same direction as a society?

Being Political Vs. Being and Activist
What is the proper place for Business in society?

The group discussed that there is a difference between being political and being activist. Businesses are being pushed towards the latter and often by the loudest activist. But is this the best use of business’ talents and interest?

Also, we have seen political backlash where business has been seen to be activist about social issues with the word “ woke” being weaponised to try to muzzle them.

As one participant noted, “there is a big question around the proper place of business in society. There is currently no social contract between business and society and there is a fundamental tension there. Governments are national and businesses are increasingly multinational. Business is too often seen as filling a void in government at times. At the sharp end it became existential in the States at the time of the 2020 election when many worried Trump may not accept the results, and companies were dragged out of any complacency they had. I think there is an increasing focus on businesses relationship with democracy being too transactional – the question is what to do now?”

What Do We (As Businesses) Stand For?
How would you finish Milton Friedman’s sentence now? The only social responsibility of business is…

One of the most fundamental questions for business to answer is, what are we governing for?

One participant suggested that businesses should be asking themselves the following questions: “what am I as part of an organisation sending as a message already? Have we got any idea of how our workforces are being impacted by political decisions and what they think? Do our boards understand and represent lived experience or the society in which it functions? What am I doing to acknowledge the value of society, democracy and politics and making sure I don’t overstep myself? How do I make democracy accessible and work so that people don’t despair and turn to populism or to direct action against business? Internally actions need to match what a business stands for.”

Several participants circled around similar ideas that businesses have a great deal to offer in supporting democracy within their own organsations.

“Businesses can boost democracy in its own sense of stakeholding where staff and shareholders feel as though capitalism works for them. Having more duty to staff, suppliers and ethical supply chains etc. There is a danger over oversubscribing the role of business in political roles and leveraging its expertise instead.”

As one participant noted, directors are required to take account of longer-term issues as part of Section 172 of the 2006 Companies Act. “It sets out quite a good parameter for business to stand up to but it’s as though it was never introduced as it’s hardly mentioned.”

Be Careful What You Wish For?
Taking a stand can be a very perilous thing

Several participants also heeded a warning “I think we need to be careful what we wish for when we ask for active business in politics. For one reason, it’s largely dominated by the rich and very rich and they won’t always take the position we wish them to take. Elon Musk at Twitter is an example where he is buying the company to open up free speech. For every Nike which can align corporate values with its customer base, many businesses won’t be able to or want to go to. Some things are best handled in the traditional democratic process.”

It was also pointed out that some businesses may be concerned about the costs of active involvement. For example, many businesses might find it difficult to get involved in political disputes if they operate in an area where certain parties have majority power and they fear the repercussions of speaking out.

Businesses themselves are not democracies, so is it right for companies to be put in a position where there is pressure to yield to people shouting rather than what is good for the company? Is putting pressure on companies to say ‘you must be politically active’ the right answer?

These are real concerns and issues – but the pressures to be ‘political’ and the need to support an effective democracy will not go away.

What Next?
How do we negotiate rather than impose a better future for all?

The reality is that the political climate within which businesses operates has changed dramatically and will go on changing, and business needs to respond. We are now in an age of bigger government, big spending, taxation, with complex geopolitical challenges to face. Businesses are also under increasing pressure to explain themselves to society and stakeholders.

Businesses need to think about how they will work with the government to inform policy in a better way and not just in their own area or sector but in the broader sense. As one participant shared, “the tragedy in the UK is that the efforts to do this tend to happen in the House of Lords out of the sight of journalists and civil servants – my sense is it needs to be bigger and not so narrowly focused as it has been for so long.”

It was agreed, we should be careful in advising business to take stands on controversial political issues but must avoid undermining democracy by moving towards an oligarchic system where those who have the most money or biggest platform drive what happens.

However, as one participant summarised, “the reality is that business has huge resources and it’s a civic and social institution and whether we like it or not it’s a learning and shaping platform for people.”

The three key pressures on business are:

What we need to ask is what are the next reasonable steps that a business can take to progress on all three dimensions ? 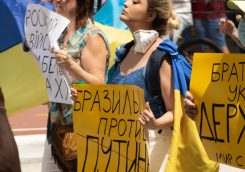