Brexit may be of great import to us but maybe not such hot news for the rest of the world. COVID is a much more immediate, pressing issue across the globe than the UK’s new adventure. So what is The View From Abroad as far as how the UK has dealt with the twin demons of Brexit and COVID are concerned?

In the latest in its series of podcasts supported by the investment bank Stifel and its European President Eithne O’Leary, Jericho Chambers Partner, Matthew Gwyther speaks to Eithne plus four observers of the UK scene to hear their feelings about the last year and what now lies ahead for Britain as it faces an uncertain future.

“(The UK) needs competence of governance”

Ravi Mattu was born in Canada of Indian heritage and worked for a decade for the FT in London before being posted to Hong Kong where he is deputy news editor for Asia. Thus he is perfectly placed objectively to deduce what Britain and being British might mean post-Brexit. The FT has been probably the most anti-Brexit of all British media and Mattu questions the logic and veracity of the Leave argument. In his interview, he warns that the UK’s tortuous struggles over leaving the EU are greeted in Asia with a mixture of bemusement and indifference. “London’s challenges are now huge and it’s a very different place to the city in which I arrived way back in 1997.” 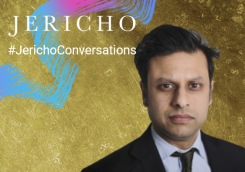