“The wonderful and dynamic Christine Armstrong is a co-founder of Jericho Chambers, a progressive communications consultancy that is structured like a barristers’ set. She takes time out of a very busy – but very balanced – schedule to discuss her career path, ‘disruptive’ businesses and how we could make life better for working parents”.

To begin with, could you introduce yourself and tell me a bit about your background?

I’m Christine Armstrong, I’m co-founder of Jericho Chambers, I’m a contributing editor at Management Today and I have a column in the International Business Times. I have three daughters aged six, four and one.

How did you start out on your career journey, which it seems has been varied. Did you set out to be a thought leader or just to be an ad exec?

I don’t think I would have known what thought leadership was or had a view on it. I didn’t set out with any clear goal at all. My career has evolved in response to throwing myself into jobs and following what’s interested me. I’ve been guided by the opportunities and the things that have caught my energy and I’ve pursued those things.

“I didn’t set out with any clear goal at all. My career has evolved in response to throwing myself into jobs and following what’s interested me”

I’ve been fascinated with the idea of Jericho, the consultancy you co-founded with Robert Phillips, formerly of Edelman and George Pitcher, formerly of Luther Pendragon. It’s structured like a barrister’s chambers. Do you always work independently or do you collaborate?

When it was originally conceived we imagined it like a barristers chambers, where people would have their own lines of business – they might collaborate, they might work independently – but essentially people would have their own work streams and then you would contribute to the centre in terms of supporting the building and the brand and the team.

But it’s evolved in a really good way: it’s much more collaborative, so almost all the projects that we work on multiple people are involved with. But the structure remains hugely flexible; it means that everyone has other lives. I can write, I can do the school run most days, there are no fixed hours; literally people come and go as suits their needs and do whatever else interests them. That, for me, is a very important and special thing about Jericho – in addition to it changing the way that we approach and think about how companies behave and how they do things better.

“So many organisations know the world has changed yet aren’t sure how to respond. They struggle with the idea that they need to change what they do – not just what they say”

Your consultancy positions itself as taking an ethical approach to communications and public affairs. It takes a lot of guts to say: we’re going to do things differently; we’re going to rebel against the industries we came of professional age in. Do you find it easy to be rebellious?

I think we do and I think running your own organisation gives you a huge amount of confidence to say: “we don’t want to work on that” or “I don’t think that’s the right thing” or “If you’re looking for that then we’re really not the right organisation to help you with it”. I think that’s really important.

I think you have to be a bit careful with the word ‘ethical’ because sometimes companies might not be perceived to be ethical – there may be problems that they’re trying to address – and you have to be careful about refusing to help people if you think that they genuinely have good intentions and want to change. Then I think it would be wrong to say “we’re not going to help you because you’ve done something wrong in the past or because we don’t like how you’ve behaved” if you genuinely think they want to do things better. That’s the question that you have to try to ask yourself when you’re talking to people.

So not covering up problems but trying to solve problems?

Yes. We had a call and somebody said “would you help us with a particular issue around communicating a labour problem, a problem with the workforce”. And we said: “are you prepared to solve this problem or are you just worried about the PR consequences of this problem?” They said “well, we’re not sure we’ve got the power to change it”, so we said “if you’re not able to address the problem then we can’t help you.” At Jericho we think about organisations: how they exist in the world, how they behave, what they do and the impact that they have; what their purpose is, whether they’re offering something that’s positive to society and to their community.

“At Jericho we think about organisations: how they exist in the world, how they behave and the impact that they have; what their purpose is, whether they’re offering something that’s positive to society and to their community”

It’s about accepting that traditional power structures have broken down, that top down management and top down communication don’t work and that world is messy and complicated. So it’s how the brand engages with the world, what it considers its community to be and how it engages with those people.

Can you describe a typical working day for you, if there is such a thing?

People always tell me there isn’t when I do ‘Power Mums’ interviews so I suppose I can’t reject that as a thesis. In an ideal world I drop my six year old to school at the gate at 8.30 and my four year old at the gate at 8.45. I feel an immense sense of achievement if I can do that. There’s something really psychologically reassuring in the ritual of sending your children through the school gates and thinking “all is well in the world”.

So I try not to do too many breakfasts and I try to do that as often as I can – three of four times a week. It doesn’t always work. And then I come into Jericho – I often work from home on Fridays – and do all the things you’d expect: meetings, call, seeing the team, seeing clients, writing, presenting. And when I can, which isn’t as often as I’d like to but I definitely do it on Fridays – I try to do school pick-up. My older daughter’s school finishes at either at 4 or at 5 depending on whether she’s got a club, so I try and pick her up twice a week and then go home and do the evening stuff. I do stay online and track things but I’m much better than I used to be at turning off and not doing stuff all night, just unwinding and relaxing.

“It’s an absolute tragedy of our society that women – and men – who want to be involved with their kids, who want to play a part in their lives every day, but also have a career, are somehow being forced into binary positions”

You run the ‘Power Mums’ series on Management Today, where you interview high powered women who are also mothers. You fit into this category yourself, but has anything you’ve heard in the course of these interviews really surprised you about how other women manage their demanding lives?

There are a couple of things that I find very interesting….

“Everyone says ‘we want more women CEOs and more women in boardrooms’, but you write a Power Mum interview and it gets posted of Facebook and somebody will write underneath it: ‘she might be powerful but she’s no mother’. And that is piercing, really horrid” 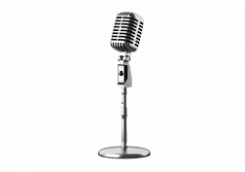