Silently, duplicitously, and hiding in plain sight, the first-world, metropolitan elite, has nurtured a new epidemic as a new solution for its ever-growing list of non-problems. This Signalling Epidemic is the accumulation of little actions that have the sole purpose of making Signallers appear superior – without them having to do anything substantial or effective. Its impact? To further grind down productivity, morale and confidence in the rest of us. Its symptoms can be recognised in many different individuals, many of whom you may be all too familiar with from your professional or prosecco-drinking circles.

The Virtue Signaller. Most frequently spotted at conferences, the Virtue Signaller pipes up during speaker panels, or in Q&A sessions with sincerity worthy of an undertaker. Almost exclusively, their contribution either bemoans the lack of (visual) diversity of the conference audience, or that most of those asking questions/ the panellists (delete as appropriate) are blokes. The Virtue Signaller then sits down and basks in their own smugness, safe in the knowledge they will not be openly contradicted. Note the Virtue Signaller offers no solution, a common trait of many of his fellow signallers, along with their sanctimonious conceit.

More devious, yet equally as vacuous, is the Authority Signaller. This individual has little to recommend themselves, and so uses others to grab your attention. They are expert at aligning themselves physically and digitally to known experts. The Authority Signaller can also be spotted at conferences, often having paid to worm themselves onto panels or speaking platforms so they can be seen to speak alongside others who are much more deserving of our attention. This non-entity tries to gain authenticity by association, not merit. They tend to exist most brazenly online, often in photographs with people you have heard of. Name dropping, quoting highly-rated authors or business people and entering industry awards are also common traits among this group.

Anyone who has been on a bus, tube or train will have noticed the impact of the Inclusion Signaller – those who come up with the signs telling people to give up seats for those less able to stand yet fail offer any support to those who need it. They use the physical signage to absolve them of the need for real action. The activity of these individuals can also be spotted in recruitment, placing equal opportunity employment ads – as if claiming to be lawful is a differentiator – yet behind the scenes continuing to propagate the gender pay gap.

The actions of the Democracy Signaller manifest themselves in widespread political procrastination – making it an institutional rather than individual malady. However, it is worth including in this round-up given the apparent overload of the democratic process in the UK at the current time. We spot the outputs of the Democracy Signaller in Green Papers, Early Day Motions, party manifestos, Public Enquiries and Consultations. Such activity takes up much parliamentary, government and policy time, with the sole purpose of not doing anything. In the last Parliamentary session over 1,200 Early Day Motions were submitted and 346 government consultations were published in 2017 alone. Perhaps the greatest triumph of the Democracy Signaller is reform of the House of Lords where, despite years and years of talk and apparent agreement, precious little has happened. The Parish Council is fruitful territory for this group.

Rude yet commonplace, the Attention Signaller exists in both the workplace and home. “I’m listening” is one of their favourite phrases, almost always uttered whilst glued to a screen. Eye contact is not one of their strong points. The Attention Signaller will always opt for written communication (often in too brief and ambiguous form) over meeting people, as this perpetuates the illusion that they are able to multi-task and give more than one person their undivided attention.

Closer to home for me is the Consideration Signaller. Their favourite tool is the internal meeting and the opinion poll – especially the annual employee engagement survey and NPS tracker. Adept at simulated listening, they manage to tread the fine line between wasting everyone’s time and disregarding any views that aren’t their own. They love scorecards, can be spotted huffing and puffing over sanitised and amalgamated data that costs a fortune to collect – but (thankfully for them) is easily forgotten. In meetings, they encourage pointless debate knowing full well their own mind has long since been made up. The Consideration Signaller is at best a huge time waster, but more importantly they are ineffective in leadership roles, disrespectful and inauthentic and serve to alienate those whose views are subsequently disregarded.

So there you have them. An epidemic of our time. Made up of strains that are highly contagious, continuously mutating and can infect a single person many times over. Thankfully, display too many such behaviours or symptoms and the Signaller begins to smell just too sanctimonious for comfort. This seems to have little impact on fellow sufferers, which means Signallers can often be found in disease-ridden cliques.

There is a remedy to this nonsense of course, and if you need one, a role model. It’s simple really: make reasoned decisions, work with others, act, have a plan and follow it, don’t pander to the Signallers, and most of all, get on with it. Or as Prince Philip once put it “Gentlemen, I think it is time we pulled our fingers out”. 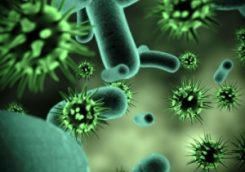