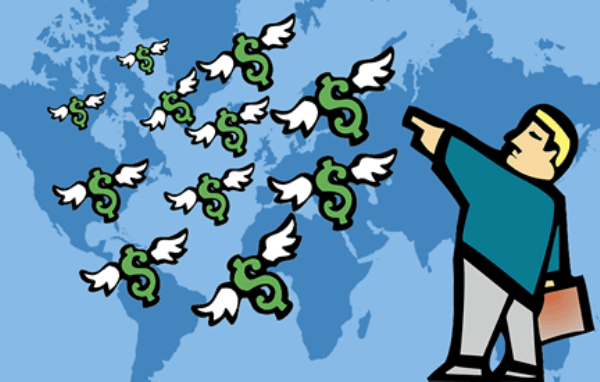 It’s a lot harder to move goods, services, people and capital around the world, than it was 3 years ago. Brexit, pandemic and war in Ukraine have seen to that. Protectionist barriers are going up as nations worry about their economic security in the face of uncertainty.

In the UK The Guardian says: ” The rhetoric of globalisation is all about smooth-running and efficient supply chains. An international division of labour and the lack of any controls on capital moves production to where labour costs are lower, and helps keep prices in the shops down.” But these chains have now become glued up and tangled. Container ships sit unemptied outside ports while car factories are on a go slow for lack of chips to run vehicles’ electronics.

Meanwhile there is much talk of protecting home markets and economies, even a return to the days of Industrial Policy. “Markets are good at allocating resources efficiently on a narrow understanding of efficient…What delivers highest returns to an individual investor is not necessarily in the economic interest of a nation,” says Oren Cass of American Compass, a right-leaning think-tank in Washington.

Governments are increasingly confident they can handle things and therefore control economies – it was, after all, governments who tackled both The Great Crash and Pandemic not the markets. The Economist has recently written: “Neil Bradley, at the US Chamber of Commerce, has no qualms about industrial policy that backs basic research or improves security and diversity of supply chains. But he is wary of “using government policy to manipulate the market”. “You can see hints of it in discussions of onshoring and reshoring,” he says. “The middle-class foreign-policy or worker-centric trade policy is basically protectionism,” says Hank Paulson, a former Goldman Sachs boss and treasury secretary under George W. Bush and founder of the Paulson Institute for Sino-American business relations. Both Republicans and Democrats “want to tell business what to do”, he sighs.

But as we are now finding out, there is no guarantee that long and complex supply chains are either able to produce consistency of supply and low prices or a defense against inflation. On the contrary, when global production lines get gummed up – either due to a post-pandemic surge in demand or the shockwaves from war – cost of living pressures surface. The past couple of years have brought home to governments the benefits of self-sufficiency: be it in food, fuel, personal protective equipment or Covid-19 drugs. The great on-shoring seems to have begun.

As Larry Eliott of The Guardian writes: ” despite all the hype, globalisation has not led to faster growth and more rapid advances in living standards for most of those living in the UK and other developed nations. For the rich, of course, it has been a different story. They captured the gains from global growth and salted them away either in offshore tax havens or – in the case of Russian oligarchs – in the London property market….The current model of globalisation has been shaped by deliberate policy choices and what comes next will also be shaped by deliberate policy choices. If that allows governments to take back control of their economies and to be better able to protect their citizens then there is only one thing to say: bring it on.” 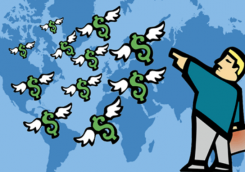