On Tuesday 8 March, the CIPD and Jericho Chambers hosted an Un-Seminar conversation at the RSA on the future of work. The same old conversations haven’t been getting us anywhere and our determination was to ask the right questions with a different crowd in the room. With a non-hierarchical structure led by expert speakers, participants exchanged ideas and challenges on themes including education, values, love, identity and inclusion.

In June 2015, Jericho Chambers and the CIPD — the professional body for HR and people development – began working together to curate and convene a dialogue that would produce fresh, exciting and radical solutions to champion better work and working lives for all. Following a roundtable discussion which asked participants “is it possible to have Principles at work?”, there was a clear appetite for further discussion. Since then, the community has grown organically from sixteen original contributors to just under 200 active participants – drawn from a broad mix of business leaders, policy-makers, academics, media, NGOs and HR professionals – 85 of whom were present at the Un-Seminar. Members of the community nominated others to join.

The three-hour discussion was hosted by Peter Cheese, Chief Executive of the CIPD and chaired by Robert Phillips, co-founder of Jericho Chambers. Provocations to the group came from Margaret Heffernan, author of Willful Blindness and The Bigger Prize; James Bidwell, CEO of Springwise; Veronica Hope Hailey and Michael Gill from the University of Bath; Jane Storm, Tesco PLC; Roger Steare, Cass Business School, and Indy Johar, 00.

However, scandals like those in Rotherham or at VW do not happen because of one or two bag eggs. Many people knew something was wrong and decided not to speak up. Why is it that when we go to work we behave in ways we’re not necessarily proud of? Where is the feeling of citizenship?

The problem originates with our production-line education system, focused on churning out well-behaved, intelligent boys and girls. The system introduces children to a systemic fear that to be successful: you must do as you are told, and, if you don’t, you might have your privileges taken away. Children pick up on this at an early age, along with the idea that success is also defined individualistically. We know citizenship should be all about “us” yet education is all about “me”. The goal of standardisation was to achieve greater fairness among students but we have ended up with homogeneity – with very little scope for diversity.

So, following 20 years of habitual institutional conformity, when adults have concerns in the workplace, 80% of people do not voice what is uppermost on their mind. All you need to do is keep people in a place with sky-high property prices and get the media to tell them jobs are scarce and people will be silent. In Rotherham, multiple investigations showed people were doing exactly what they were told. Were they doing a good job? Probably. Were they being good citizens? No.

Is the answer then to boot out those who didn’t speak up and hire more ethical people or do away with people in the workplace altogether? No. It’s about not creating systems that make good people bad or keep bad people bad. We need to create systems to support citizens who can explore, dissent and think without fear – because this is where innovation comes from. We need to respect failure – what it can give us is so much richer than traditional success.

What would our ideal school of the future look like? Less process? Less hierarchy? If we do not start to identify, articulate and define the value of being human at work – we will lose it.

Who are we at work?

When we introduce ourselves we don’t say who we are, we define ourselves by our grade or job title. Why do we do this? In surveys about what people value most in life, the top results internationally regularly appear as love, fairness and wisdom. But do we practice these values at work, or do we leave this to the communications or HR teams?

From the moment we are born we only survive and prosper because of the love of other people. When does this stop? For many people this is never. As much as 40% of activity (parenting, caring) is unpaid and unpriced – is this not work too?

Who we are at work also feeds into the diversity debate. We need to think about inclusivity in its broadest sense beyond quotas – and one of the hardest things to learn at work is to be yourself.

We’re most comfortable when we feel a sense of security and belonging. This feeling is achieved most easily surrounded by people who look and sound like us. But innovation and creativity comes from dissent and exploiting difference for the better. How then do we surround ourselves with people who are different? This agenda has been around for a while but the world still is not different enough. Diversity in FTSE directors has only gone up 5%, compared with non-executive directors at 20%. Are we prepared to speak up and make a real change? As we have already seen we tend to avoid conflict and follow rules… but who is really silencing us and why?

In the past 25 years there has been a massive shift of power. In the 1990s large employers started making loyal white-collar professionals redundant for the first time. From then on a degree of insecurity set in – a sense that “even if I perform well I might still be made redundant”. Pre-2008 people had faith in the competence of leaders, however we now have a crisis of trust on our hands.

Three things will shift the power back to employees: 1) Millennials and Gen Z have a clear desire for purpose; 2) They are capable of making huge sums of money and are very happy to move jobs if unsatisfied; 3) Within the next 5 years, 50% of the global workforce will be Millennials. How can big organisations attract this educated workforce who 20 years ago would have gone to the city?

New ventures such as co-working catamarans, nomadic movable unit homes and websites that rate gender diversity within an organisation are all indicative of the future of working culture. Technology is also opening the floodgates for transparency, meaning that organisations can no longer hide excessive profiteering or less than fair treatment of workers. If they don’t change, it will be the big, legacy organisations that are left behind.

Counter to the millennial culture is the way we treat our ageing workforce. This group are not respected, not challenged and cast aside. Millenials, often seen as the saviours of the future of work, carry plenty of negative traits such as thin-skin, anxiety, inexperience and an over-inflated sense of entitlement. Research shows the health and wellbeing of older generations is greatly improved if retirees step down gradually which could also help to plug the skills gap with intergenerational job sharing.

The value of human work

In the past we have treated workers as bad robots. How we allocate work and intelligence is about seeing people as likely to fail. However, the contrary is true. We have survived billions of years to get here and humans are far better than the best super computer because we are awesome distributed intelligence networks. The value of knowledge is in tacit networks, not lying dormant in books or folders.

The future of work is about understanding human potential. In this complex, emergent world, what is the type of organisation we need and how do we unleash ourselves for democratic innovation?

As Groucho Marx said, “if work’s so good why don’t rich people do it?” For most people work is a means to an end, and the end is consumption. If we had a citizens’ income and no one needed to work, what kind of work would we do?

HR needs to challenge itself professionally and help organisations to break away from the bad robot approach. But we cannot change behaviours by writing more rules. Trust is absolutely essential for any society and culture change needs to come, not through dogma, but through principles embracing education, love and happiness, dissent and diversity. This is a debate which needs further discussion and action and Jericho Chambers will be working with CIPD to further develop thinking, including the set up of a cross-party Commission to support the future of work. A Storify from the day is available here.

For more information on the Future of Work is Human please contact becky.holloway@jerichochambers.com 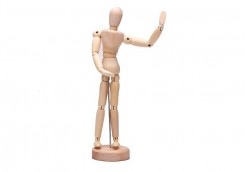