The Labour Party has been shaken, but not yet enough. A Progressive Wave now carries all before it.

What did anyone think was going to happen – that Labour could defy the laws of political gravity? That the 2008 crash and austerity for the victims and high pay for guilty, house prices beyond the reach of flat-lining wages, huge university debts and no jobs, massive public service cuts and Iraq would carry no eventual consequence? That Scotland, Spain, Greece, Ukip and the Green surge were harbingers that could be dodged? That a mind numbingly dull political culture of conformity, caution and conceit could be swallowed forever? That business as usual could just go on and on?

So while we couldn’t see the precise nature of the earthquake that was about to hit Labour – we all knew in our bones that something was badly wrong. Jeremy Corbyn was the spark in the long dry summer grass.  The field is now ablaze.

Politics now changes so fast as social upheaval and social media combine to create a politics of surges, bubbles and waves. Think of politics as the ice bucket challenge – unexpected issues and people come from nowhere, burst into life and then subside – unless we understand how to harness the power of these ceaseless waves into renewable political energy.

You can read the rest of this article on The NewStatesman 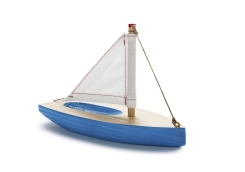