It is said that the golden age of the industrial model – when the labour/manufacturing/ consumption cycle functioned from an economic (growth) perspective – was 1870 to around 1970. The 2008 financial collapse has been written about as the ‘perfect storm’ of change, one that had been brewing for years as the system rotted from within. Yet, 10 years later, although the means are different (cue Cambridge Analytica), and the means of expression are perhaps different (cue ‘peak purpose’, banks speaking of ‘integrity’, and political and business elites referring constantly to a better society), the system itself cannot be said to have fundamentally changed. 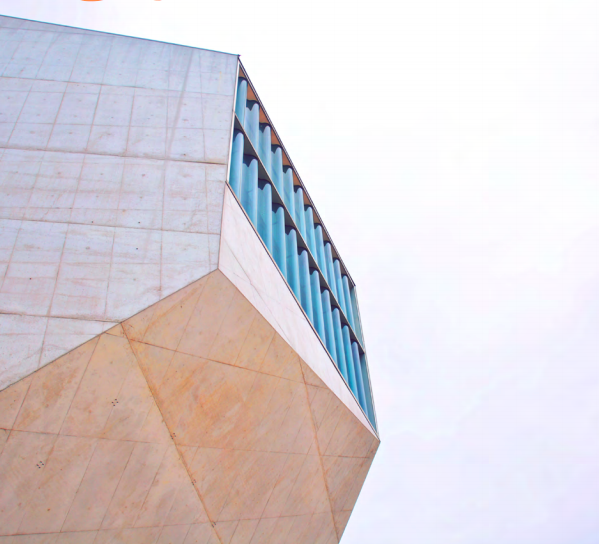 While traditional economic dogma has not been able to pull us out of the crisis, new ideas are emerging, some of which the article below seeks to review. It is up to us to bring these new discourses into the way we work, the way we run our business and our lives.

WRITTEN IN: THE DEATH OF HOMO ECONOMICUS: WORK, DEBT AND THE MYTH OF ENDLESS ACCUMULATION, PLUTO PRESS, 2017

Fleming argues shock and inertia since 2008 has led to ‘wreckage economics’, a bleak post-capitalist world, where “dominant powers seek to preserve the spirit of capitalism, even if it is on re all around us”. In characteristically polemical language he summarises the status quo as “a new dark age […] in which corporate fiefdoms and global plutocrats preside over an increasingly disenfranchised transnational population and dying natural environment”. In such a world Homo Economicus is more hapless victim than the dollar-hunting animal of neo-classical economics, embodying “an inbuilt tendency for disaster, frequently lived as a personal nightmare of debt and insecurity”. The book is rich in examples that illustrate and outrage. Delivery workers at Parcel force are penalised £250 a day if they call in sick, tech companies combine the “ethos of flower power” with intense market individualism, Deliveroo workers fight tooth and nail for the ‘right’ to per-hour payment, and it was five years before the body of Isabella Purves, a pensioner from Edinburgh, was discovered…, such is the “economisation of life in general” – and the resulting social fabric in which Homo Economicus resides.

Fleming offers little in the way of concrete solutions within the economic paradigm, in fact he counsels collectively stepping right outside of it. Taking stock of “what we are collectively doing”, paying attention to Oscar Wilde’s phrase ‘the price of everything and the value of nothing’, might help us “forge the tools to break free from the mass cash psychosis that we have been forced to call everyday life”. A collective taking stock is what will reincarnate Homo Economicus.

WRITTEN IN: INVENTING THE FUTURE: POST-CAPITALISM AND A WORLD WITHOUT WORK, PLUTO PRESS, 2015

This book pitches itself as a ‘manifesto for the end of capitalism’, envisaging a brighter future without work. Srnicek and Williams’ vision entails a fully automated economy: “We should take the estimate [that 47 to 80 per cent of today’s jobs could be automated], not as a deterministic prediction but instead as the outer limit of a political project against work. We should take these numbers as a standard against which to measure our success…”; a three-day weekend, a universal basic income, and a cultural shift in our understanding of work, toppling the dominance of our current “work-ethic culture”.

This book is interesting from the perspective of how changes towards a stronger economy can be implemented. Opening a chapter with a memorable quote from Jodi Dean – ‘Goldman Sachs doesn’t care if you raise chickens’ – the writers blame the current status quo of inequality and political stagnation on ‘folk-politics’. These are “politics without passion” which fundamentally “lack the tools to transform neo-liberalism into something else”. Their recommendation: replacing ‘thinking politics’ “with an upgraded means of doing politics (which directs action towards building platforms and expanding scales)”. The concluding chapter recommends a counter-hegemonic project, where a “combination of social alliances, strategic thinking, ideological work and institutions builds a capacity to alter public discourse”. It is ine cient, they argue to have a “massive populist movement against the current forms of capitalism”. Tipping the balance, and bringing in a new, stronger economy, will require the left to constructively develop a “sociotechnical hegemony: both in the sphere of ideas and ideology and in the sphere of material infrastructures”. The writers advocate a concerted, vibrant, and well-considered e ort to replace tired models, and to change the prevailing discourse.

Kate Raworth starts with a question: What if we started economics not with its long-established theories but with humanity’s long-term goals and sought out the economic thinking that would enable us to achieve them?

For a stronger economy, the answer proposed by Doughnut Economics is to move on from orthodox economic theory – with growth its mantra and ‘rational actors’ its protagonists – and instead embrace a breed of economics visually expressed by a doughnut.

The doughnut diagram suggests economic activity needs to play out within the bounds of the “social foundation” needed for wellbeing on the one hand, and planetary constraints (the “ecological ceiling”) on the other. Raworth suggests we become ‘agnostic’ about economic growth “Today,” she writes, “we have economies that need to grow, whether or not they make us thrive; what we need are economies that make us thrive, whether or not they grow”.

In this vein, she argues inequality is a design failure rather than an inevitability, Homo Economicus and the view of the economy as a machine (including the conventional notion of ‘externalities’) is a myth she rejects outright, suggesting economists need to embrace systems thinking, “discard the engineer’s hard hat and wrench, and pick up some gardening gloves and shears instead”. By this line of thought, instead of trying to rationalise and control the behaviour of an economy and the people within it, those making policies must embrace economies as thriving ecosystems, and experiment and work with people to design systems that function specifically for the benefit those inside them. In order of appearance, Raworth envisages an economy built by and for earth, society, the [diverse] economy, the household, the market, the commons, the state, nance, business, trade and power… The book offers an engaging account of how these players might interact in a strong, flourishing economy.

WRITTEN IN: ECONOMICS FOR THE COMMON GOOD, PRINCETON UNIVERSITY PRESS, 2017

Nobel Prizewinner Tirole starts with the premise: “Academics must… collectively aim to make the world a better place; consequently, they cannot refuse, as a matter of principle, to take some interest in public a airs.” The implication for economists? “Economists must … with humility and conviction, harness economics for the common good.”

According to Tirole, “the invisible and the visible hands – the market and the State – are mutually complementary”. He argues we need economists to engage with the many challenges facing society, identifying objectives and inventing the technical micro- and macro- policy tools to meet them. Parts 4 and 5 of the book concentrate on the explicit challenges of climate change, labour market challenges, Europe, post-2008 nance, innovation and the digital economy, with detailed explanations of economic approaches to solving these problems, what works and what doesn’t.

For example, Tirole’s chapter on climate change asks how we got to the point billowing global carbon emissions, the scant progress we are making on climate negotiations and whether we can limit global warming. The root cause according to him is the ‘free rider’ problem: “the benefits of reducing climate change remain global and distant in time, while the costs of that reduction are local and immediate”, this plays out at an individual level as much as a national one. Illustrated with examples, Tirole’s economist oriented towards the common good might consider levers such as emissions permits, carbon tax, unilateral approaches to carbon policy, international pressures, or specific command and control mechanisms. Tirole takes an academic approach to how examples of these levers fared. For example, an attempt to establish carbon pricing under the Kyoto Protocol, the EU’s Emission Trading Scheme, failed due to the Eurozone crisis, renewable energy reducing demand for emissions permits, and a resulting “implicit political decision not to be the only region in the world to adhere to the commitments made in Kyoto”. The strategy of voluntary commitments under the 2015 UN Climate Change Conference in Paris “is an inadequate response to climate change…” creating “strong incentives to engage in ‘greenwashing’. The smart economist’s response to the ‘free rider’ problem would be forcing economic agents to internalise the negative externalities of the carbon emissions (the ‘polluter pays’ principle), or imposing a uniform price for carbon on all economic agents worldwide, guaranteeing mitigating policies were lower than the price of carbon.

The book is interesting for its detailed dissection of ‘common good’ economic policy. It is a practical manifesto for a new, less dismal, breed of economist.

Eve Harris is a Research Associate at Jericho Chambers, and Editor of Jericho Times. 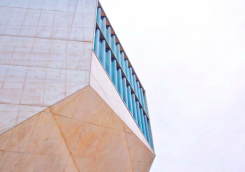