It’s an odd society that – rather than build sufficient numbers of houses and flats for current and future needs – decides to tax people who receive State benefits and who are deemed to have a ‘spare’ bedroom. In today’s Britain, anyone receiving housing benefit from the State and living in council or housing association property, and who is also deemed to have one ‘spare’ bedroom, loses 14% of their housing benefit entitlement; two or more spare bedrooms and you lose 25%.

With independently conducted research published by the government’s Department of Work and Pensions just before Christmas showing that, of those affected by the bedroom tax, 46% said they have cut back on heating, 33% on travel, and 42% on leisure, the bedroom tax is not only not working: it’s also socially very divisive. This particular stick to drive people into work is misconceived – and in a stuttering economy, where zero-hours contracts are commonplace, the carrots are pretty weedy too.

During 2011-2014 fewer than 460,000 new homes were built – less than half what was needed. We don’t seem to have a housing policy in Britain; we keep throwing bits of straw at a person slowly drowning in quicksand. Not that we lack creative ideas about how to do things better. Shelter and KPMG have published a ‘blueprint for the government’ that repays studying.

While the housing crisis is a national problem for the UK, that changing nature of our population – in particular its ageing – is going to pose unprecedented strains on the country’s finances, not just in healthcare but housing, too. The Office for Budget Responsibility forecast last year that, 50 years from now, 26% of the population of England and Wales will be more than 65 years old, against 18% today. The charity Age UK estimates that by 2033, 19% of England’s homes will be single-occupied, by retired, older people. This is going to require some joined-up thinking by both public and private sectors. Older people require more healthcare and – partly to avoid loneliness and isolation, and the consequent possibility of depression, partly to avoid the problems of trying to maintain a big house that no longer fits their needs – often look to move home.

At the other end of the age spectrum younger people are increasingly going to be dependent on renting accommodation – the price of homes and the difficulties in getting a mortgage put buying a home beyond many pockets. PricewaterhouseCoopers published a report last summer predicting that almost 25% of all UK households would be renting privately by 2025 (a total of 7.2m households), and that more than half of those would be aged 20 to 39. The number of households renting privately has more than doubled since 2001. Joined-up thinking…Why am I suspicious that this won’t come from here today/gone tomorrow government, particularly in such a long-term area as creating a housing policy that is flexible enough, deep enough, to cater for all needs, to stay the course beyond the perspective of the next five years? 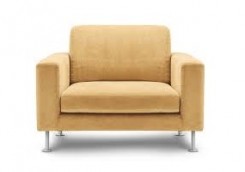