Over the course of the WikiWorkLab work collaboration programme in July and August 2016, feedback from participants centred around several main strands. Building on work completed over the summer, WikiWorkLab participants will be taking part in the Future of Work is Human Big Tent, scheduled for 12th October 2016. Here, they will be continuing the Future of Work debate with HR directors, policy-makers, business leaders and NGOs. As a starting point for the discussion, below are some Gen Z views on the Future of Work – in their own words.

WikiWorkLab thinking on the role of business today

Served with a healthy dose of Gen Z cynicism, reactions to the role of business today were neither unanimous nor predictable. A reaction to one of the first discussions pointed to the question: “What if capitalism as usual is the best way forward?” In general, a lot of feedback was pragmatic in flavour, acknowledging the need for good business, alongside the need to make ends meet, and pay off student debt. Judging by the feedback we collected, the theme of trust in business struck a chord as something we can strive to improve. A brief exercise, led by Cleo Sheehan from the Forward Institute, where participants were asked to rate sectors according to who they trusted most, placed MNCs as the least trustworthy ‘group’ in society, lagging behind politicians and the army. In terms of the future, reactions were varied, and well-considered. Ben Lander wrote: “The Future of Work begins on a basis of trust and works upwards”, adding that “the future of work cannot and will not be solely profit-driven”. Christian Riley highlighted a general “lack of [public] trust, and a major disconnect from the establishment” applying this to the way large corporations recruit graduates. “There is a high level of conformity in terms of people following others blindly into employment. For example many graduates want to move into financial services for large corporations even if it is not the best fit for them”.

Daniel Barraclough highlighted the need to recognise complexity: “Industries, organisations and the establishment are all interlinked and generating change within the workplace will require a huge amount of perseverance and motivation from many people at the top and at the bottom”. Inspired by James Alexander’s talk on entrepreneurship, he expressed hope for bringing about change for the better: “Change and disruption in the workplace is possible, no matter how deeply rooted you think an industry’s backward culture is. As seen by James Alexander’s Zopa, which was successful despite many people telling him it would not work”.

For some of the participants change is something inevitable. Thomas Yardley listed among his realisations after week one the fact that: “Attitudes towards business have soured, it is clear that something needs to change to allow capitalistic society to endure”. His idea of change revolved around putting society at the forefront of business strategy: “In order to go about changing the state of society and the extent of disillusion today, we need to go about changing business culture towards outcomes that are more beneficial to the whole of society. It is clear from economics that our decisions to allocate resources are vitally important and thus we must allocate them efficiently to maximise welfare”.

Theo Gwyther was encouraged by the realisation that many businesses are working to usher in positive change: “I have learned that there are really cool, empowered and like-minded people successfully getting businesses to change”, adding that “it seems as if there is a huge transition waiting to happen”. A sense of optimism was shared by Arun Kakar: “The best thing I have learnt this week has definitely been the sense of practical optimism that is shared by pretty much everyone that has come to speak to us about the transformation of businesses. I’ve learnt that corporate change can happen, what needs to change and how it is done from the inside.”

Change in the practical sense

A source of insights into how change can be brought about from the inside was Deborah Doane’s session on campaigning, where groups had to play the role of activists and the role of CEO, and ‘experience’ the dilemmas of both sides. Giving feedback on the first week, Rezwana Mannan wrote: Out of all the things I have learnt this week, I can say the most important to me happened at Deborah’s activism workshop. Here, I was being put in an actual situation where I played the role of a chief executive of a large company. I had to figure out the best option to take by going through all the options, preparing for any question the campaigners may have asked.” Meran Annalingam, (who subsequently attended a RT discussion on education, held in September, organised by Jericho Chambers and the CIPD), wrote: “From the campaigning workshop I’ve now realised how difficult is to bring about change to a set of institutions, whether you’re a protester or a CEO of a company. Often campaigns are ineffective and you need insider routes. Being a CEO when you have been so used to how things get done, changing it really isn’t easy like we think it is”.

Given the variety of research trips and speaking sessions, participants were prompted to think about the possibility of change, how it can play out at different levels; systemic and human, and how to bring it about. Rezwana Mannan wrote “I realise that it [change] is not just about the ideology of the employees – the workplace must change as well, the employees must trust their employers and the employers must show that they are trustworthy, and that they take the wellbeing of their employees seriously (like Google). Only then can the world of work begin to reform.”

Lucy Daniels followed up on this theme in the feedback she gave: “The biggest thing that I have learned this week is that for change to come about it is not just about the actions of bodies. Most importantly it is actually about the mentality of those in charge. Unless there is a change in mentality from the top on having real concern for the bottom, nothing will change and the institution shall carry on as business as usual”.

A talk from Loughlin Hickey on the ideas behind Blueprint for Better Business generated a number of reactions from WikiWorkLab participants on the theme of humanity in the workplace. James Hicks wrote: “From Loughlin Hickey I have been forced to meditate on the profound importance of engaging the whole human person in the workplace (and more generally the social spaces that we occupy).” Prompted by the same talk, Meran Annalingam, wrote “From the Blueprint for Better Business workshop, I’ve learnt how business has been divorced from society. How from a simple assumption by economists that we are self interested, business models have all been based on profit maximisation and cost minimising. Had/If we had a different assumption of humans and bring in other values in, we could have/ can end up with a different society, one in which business is part of society.

More abstract ideas about ‘human’ work models were also highlighted in feedback about key learnings. Christian Riley writes about cognitive load and business’s imperative to serve employees on a personal, psychological level: “Companies should consider this because it would mean productivity would be increased in terms of maximising profit and wellbeing”.

What is Gen Z’s role in bringing about change?

Discussions were sparked around the challenges posed to current systems of education by the changing ways companies operate. Highlighting some conclusions drawn from a conversation about education and employability, Christian Riley highlighted the need for “a major focus on wanting to teach students better communication skills”. As people currently in education, and informed by a research trip to School 21 and numerous discussions on future directions of business, the cohort’s insights into how education could change were particularly valuable. Thomas Yardley wrote: “Perhaps we need to integrate a more goal-based education system into the current system and look to vocational training alongside academic study alone to improve our outlook on the world of work. It is here that we can teach about sustainable capitalism and impart the ideas discussed on our leaders of the future for desirable outcomes going forward”.

Finally, feedback from the ‘WikiWorkLabbers’, as they came to be known, highlighted a realisation that their voice is important. Lucy Daniels writes:

“Furthermore the newest perspective I have taken on this week is that my generation has more power than what is taken for granted. The focus on education, us being the ones most reformed through education and technology, means that when we arrive in our future of work we will be the ones with the ability to change it, if only we are able to stick to our original ideas and not moulded by the system we work for”. 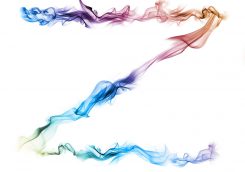