We kicked off 2012 with a post explaining why the DCMS’s creative industries statistics for the UK needed to be updated and placed on a more rigorous footing. We started 2013 with a post on our Dynamic Mapping research which proposed a methodology for doing just that, based on the finding that creative industries have high levels of “creative intensity” (the proportion of the workforce in creative occupations).

After a long period of consultation and much debate, the DCMS has produced a new set of creative industries economic estimates using this methodology. The new estimates are a major win for the cause of evidence-based policymaking and it is worth briefly noting what they show and reflecting on why they are significant.

While there are some differences in detail (the DCMS’s estimates make use of the updated SOC 2010 occupational classifications and include a couple of industries whose creative intensity falls short of the threshold intensity suggested by a purely data-driven approach), the headline figures confirm the picture we painted in the Dynamic Mapping.

What do the new estimates show?

They show that the UK’s creative economy employs around 2.5 million and is growing much faster than the UK workforce as a whole. Its creative industries – which specialise in employing people with creative occupations – now account for 5.2% of Gross Value Added (GVA), and are growing faster than all other sectors, except – you guessed it – real estate activities. The DCMS release does not attempt to estimate the GVA contributions of people employed in creative occupations outside of the creative industries, but our calculations in the Creative Economy Manifesto suggest that doing so would have a significant effect, making the creative economy’s GVA contribution almost 10%.

Why are the new estimates important?

Other than confirming the economic importance of the creative industries, the statistics are important for at least five reasons.

First, they show that what binds together the creative industries – a seemingly motley crew of sectors with different value chains, business models and business cultures – is their intensive use of creative talent. This has significant implications for policy, as we recognised in Next Gen and then discussed in great detail in the Creative Economy Manifesto.

Fourth, based as they are on 4-digit occupational and industrial codes the statistics put within our sights the prospect of internationally-comparable estimates, an essential requirement for good policymaking. This year Nesta will be working with international partners to apply the Dynamic Mapping methodology in other countries.

And last, but not least, by using a systematic methodology for classifying some industries as creative and others as not, the statistics should be easier to update in line with future structural changes in the economy. A feature of the approach is that industries can become more or less creatively intense over time, as their workforce structures respond to new technologies and other long-term changes (which is why the mapping is ‘dynamic’). This means that we should not have to wait another 15 years before the industrial classifications can be properly updated again. 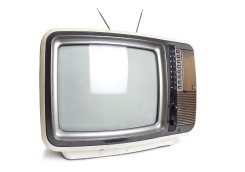