Earlier this year, we launched the global Responsible Tax project – which followed on from a successful UK pilot, run in partnership between KPMG and Jericho Chambers.

A full write-up of the April event is now available on the global Responsible Tax web platform. As the Roundtable was held under the Chatham House Rule, contributions have been anonymised, except where permission has been granted. 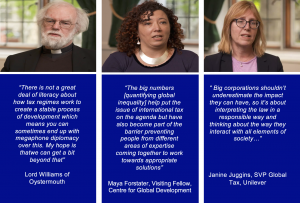 Many thoughts were also captured on film. Please click here for contributions from Rowan Williams, Maya Forstater and Janine Juggins – or watch the short film below for a broader overview of the conversation.

There have been many other great contributions including those from Sara Jespersen and Femke Groothuis since the global launch, and this latest post from Action Aid CEO Girish Menon, which challenges us all to think again about transparency and the responsibilities of both the corporate and NGO sectors.

The four key points from the Developing World Roundtable were:

More detail can be found in the comprehensive note from the event.

To add thoughts, best-practice examples and further reading that will provide impetus to driving the change please write to becky.holloway@jerichochambers.com . 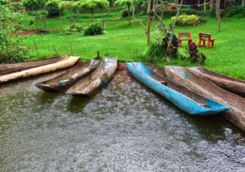