Lots of friends are furious about Jeremy Corbyn.

As lifelong Labour supporters they’re gutted to have an unelectable leader. But I’m energised. It feels like the end of the political ice age. Some sort of political spring seems to have broken and people long bored by the Westminster status quo are waking up.

He reminds me of being 16 and arguing politics with my working-class-done-good Tory dad. Why can’t we care about people, why can’t we have a fabulous education system and health service, why do we have spend so much on arms? I can picture my dad rolling his eyes at my naivety about “the real world” before we threw ourselves into a huge row about the evils of Thatcher and the poll tax.

Watching Corbyn on PMQs this week was like watching your favourite aunt take on a pack of Rottweilers. You admire her spirit and wish her well, despite the odds. And disagree with her on almost everything.

I love his determination not to be bullied. He won’t wear a decent suit or sing when he doesn’t want to or spout platitudes he doesn’t believe in. He won’t put a woman into a top job because that’s what you’re supposed to do to avoid flack. He talks to the groups he is not supposed to talk to. He says that he won’t make the concessions that could get him elected as prime minister.

You can read the full article on International Business Times 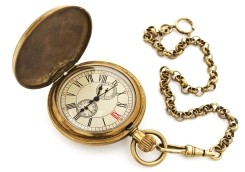