Another Labour leadership or deputy leadership candidate takes to the Radio 4 airwaves and trots out familiar banalities committing to nothing and saying very little that is either original or powerful.

Monday’s turn belonged to Ben Bradshaw, who has, we were told, the best-organised local Labour Party in the country. We listen to self-serving political newspeak at its very worst: politicians seeking power based on personal career trajectories rather than intellectual gravitas or policy conviction. Britain understandably grows weary of it all and looks elsewhere.

Former prime minister Gordon Brown, his demeanour one of a man anxious in his own shadow, lectured the faithful for nearly an hour on Sunday – warning of an imminent calamity for a progressive Labour Party but not bringing himself to use the C-word even once. Corbyn.

Who convinced him to simply ignore the biggest elephant in the room? The once-legendary spin doctors who helped create New Labour have apparently not realised that PR doesn’t work any more and that people see through bullshit, bluster and denial. There is no point trying to manage messages. Spin is dead. A new honesty is required.

Jeremy C-word is not like the others, of course. His calm demeanour and accidental, quiet authenticity set him apart. Never mind the fact that he is wrong on almost every policy point and will most likely accelerate rather than arrest the Labour Party’s inevitable demise. Corbyn’s message resonates precisely because it is his, genuinely so.

Right or wrong, he has been saying it for years. His narrative is told with firm belief. That said, his beard looks a little more shapely and his hair a little more trim than it did a few weeks ago and he has seemingly reduced dependency on his much-vaunted vests, so maybe the spinners have got to him a bit – at least on image, if not in words. 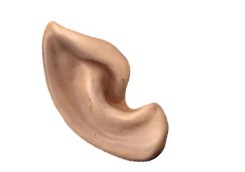