The tide is rapidly turning towards widespread city acceptance of the need for a shift to a low carbon economy. This was just one of many important headline messages coming from an unprecedented group of leading city figures who met last week at the magnificent Guildhall, in the heart of the City of London, to discuss climate change, the ‘carbon bubble’ and the transition to a low carbon economy.

Another headline of the event was that world leaders have now made it clear that they will defend the line of a ‘two degree planet’ in the upcoming COP21 climate negotiations in Paris, and that investors must heed these political and market messages and shift to a low carbon roadmap or risk their shirts.

The event was attended by CEOs, Chairs and senior executives from many leading city firms as well as 300 leaders from the worlds of finance, business, government, policy, civil society, faith, philanthropy, higher education and health.

A major theme running throughout the event was that of stranded carbon assets, a concept that many leading figures have come out in support of. For example Mark Carney, Governor of the Bank of England has said that the “vast majority of reserves are unburnable” if global temperature rises are to be limited to below 2C and that this represents “potentially huge losses” to asset managers. Because of this the Bank of England and the G20 are both now examining the risk this issue poses to the global economy.

You can read the full article on Huffington Post 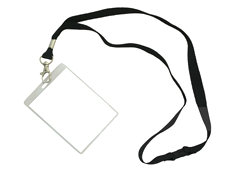