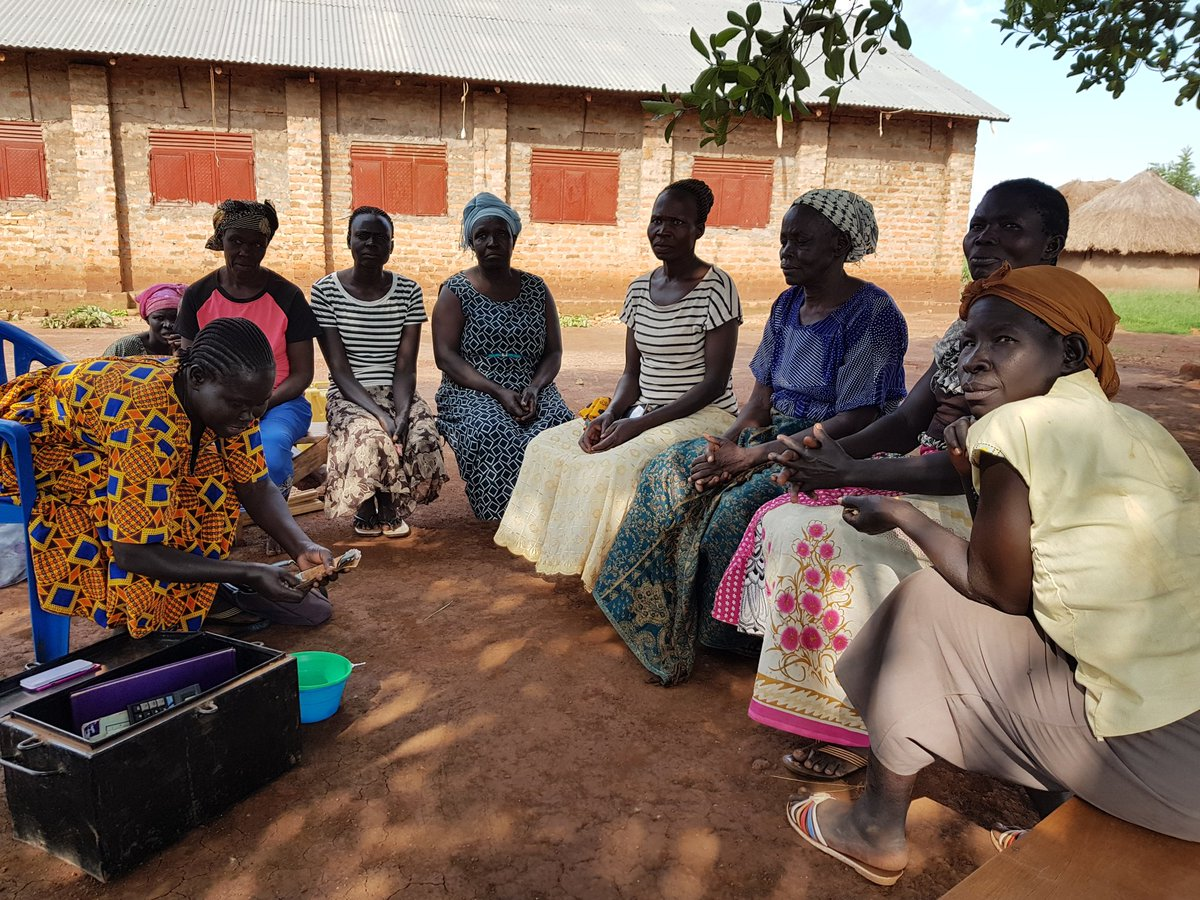 A Ugandan village savings and loans session in progress.

Stifel has been working with Jericho on an “Ethics of Disruption” programme and on the Tech sector more generally since early 2019. This roundtable is the first in a series of deeper dives exploring the changing landscape of AI, FinTech, Robotics and Regulatory Frameworks, particularly as we move towards Building Back Better.

For more information on this programme or to get involved please contact becky.holloway@jerichochambers.com

Making financial services fair, customer-centred and easy to negotiate has been less than straightforward since way before the money-lenders were ejected from The Temple. I recall sitting in a Ugandan village, an hour East of Kampala,  nine years ago with Antony Jenkins, then the boss at Barclays Global Retail. We were observing a village savings and loans association in action. Such low tech, micro-finance associations are taken by many on the Left and among the NGO world as being a super- acceptable form of small scale co-operative lending, kept within its community with no outside involvement from established banks or an African Wonga.

It all looked great as the villagers sat around with their loan books, discussing who was going to get what. And there really was a tin box with the cash reserves in it. Joy Tumwesigye, a happy customer, told us how the village savings and loans association had helped her improve her lot. Several years back, she borrowed 800,000 ‘bob’ (£220) for a cow. She also borrowed to send two of her children to university and opened two ‘simple hotels’. She had also earned more interest than anyone. There was a round of applause for a true entrepreneur, maybe even a banker, in the making.

Next up, however, was a man called Abdul Bamingba who had taken out a USh300,000 loan (around £80) – a large sum in a country where many earn US$1 a day – to buy vegetables to sell and to support his wife and eight children. Bamingba had been repaying it little by little, at 10% per month – yes, you read that correctly – and had found it a bit of a stretch. He was in trouble and was getting a very hard time from his fellow villagers.

This scene might seem a million miles away from the FinTech revolution currently advancing across the globe. Another world from Paypal, Revolut, Monzo, Alibaba, Nutmeg. But even then Safaricom’s MPesa was sweeping out across Africa from Kenya. Mpesa was a simple but revolutionary way of transferring money by text message – you didn’t even require a Smartphone – from city to village.

In the years since the crash of 2007-08, policymakers have concentrated on making finance safer. Regulators have stuffed the banks with capital and turned compliance from a back-office job into a powerful corner-office position. The degree to which regulation will be adhered to is a major bone of contention in the current Brexit negotiations with Brussels.  Away from the regulatory spotlight, another revolution is underway—one that promises not just to make finance more secure for taxpayers, but also better for another neglected constituency: its customers. From an African village to The City of London and as financial markets become more sophisticated the gap between lender and borrower becomes greater.

Fintech promises much. Its disruption has cut costs and improved the quality of financial services. Fintechs are unburdened by regulators, hideously clunky legacy IT systems for which the banks are famed, branch networks—or the need to protect existing businesses. Half of the loan applications peer-to-peer lender Funding Circle gets from small businesses arrive outside normal business hours. TransferWise takes a machete to the hefty fees that banks levy to send money across borders.

Now freed from leading Barclays, Antony Jenkins is the Executive Chairman of 10x Future Technologies which he founded in 2016. Jenkins was the lead provocateur at the latest Jericho virtual roundtable discussion sponsored by Stifel and its leader in Europe, Eithne O’Leary.  “The current system is at best dysfunctional,” he said. “There is a powerful need for a more effective system and tech must be the solution. Its effects are not always entirely benign but in aggregate it’s a positive force. Banks have been the least customer focussed of organisations.

“In the end, Financial Services products are simply data. And banks handle it in a very inefficient way. You cannot argue that tech and data don’t assist with credit decision making. Neither can you say that in defending cash and cheques their supporters aren’t basically Luddites.”

He cited a simple example of how financial services could improve a lot of the less well off. “It’s very expensive to be poor. Why can’t companies pay people daily? Employees are effectively the largest lenders to companies for which they work – they have to wait 30 days for their wages with all the implications that has for cash flow.”

The participants all agreed that Trust is a vital component of any financial services organisation. There was a worry that the recent scandal of Wirecard exposed the relative immaturity and unstable/ untrustworthy nature of FinTech when it comes to probity and governance? No large financial institution could – post 2008 – get away with such behaviour.

Although it was acknowledged that fintech is fast and agile. What prevents the existing big retail banks simply copying the tech of Starling, Revolut, Monzo and using it with their far larger customer bases? Legacy banks are big investors in fintech for a reason. A simple measure like freezing a lost or stolen card rather than cancelling it was brought in by Starling and then copied by its massive competitors. Contributors wondered if the COVID crisis has forced banks to be faster & more agile? Is this now a Big Moment for more traditional banking?

Then there is the ticklish subject of risk & reward. In order to make a profit and satisfy shareholders, aren’t FinTechs simply going to be drawn to riskier behaviour in search of a return? Are they not also vulnerable to scandal via money-laundering. In their naivety and perhaps immaturity lies their vulnerability… What does this say about the nature and role of regulation? Jason Maude, the Chief Technology Advocate at Starling, made the not unreasonable point that when it comes to reputation smaller Fintechs find it a bit rich to be lectured by those responsible for PPi, Libor-fixing and crashing the global economy 12 years back.

If fintech platforms were ever to become the main sources of capital for households and firms, the established industry would be transformed into something akin to “narrow banking”. Traditional banks would take deposits and hold only safe, liquid assets, while fintech platforms matched borrowers and savers. Economies would operate with much less leverage than today.

But long before then, upstarts will force banks to accept lower margins. And that is amid the hit that the banks are already taking from COVID where defaults on business loans are likely to increase very substantially in the coming months. Conventional lenders will charge more for the services that the newcomers cannot easily replicate, including the payments infrastructure and the provision of an insured current account. The bigger effect from the fintech revolution will be to force flabby incumbents to cut costs and improve the quality of their service. That will change finance as profoundly as any regulator has.

There was a sense that regulation must be careful not to kill the post-Brexit lucrative golden goose. The fact that policymakers and regulators frequently lag behind fast-moving, innovative sectors remains a problem. Keeping an attentive rein will be important as the Baltic states, for example, race ahead. According to the Global Fintech Index City Rankings which monitors all cities worldwide where there’s a cluster or community of fintech companies, Lithuania ranks fourth globally and Estonia 10th.

The region is second only to the Americas by the number of hubs with 78 clusters in total. Regional fintech also receives an outsize proportion of venture capital relative to other sectors (at 20 percent of all VC investment): a higher proportion than Asia and the US.

Eithne O’Leary wondered what would happen as Big Tech eyes up more comprehensive involvement in the money business. Facebook may have failed in its first attempt to interest the world in its virtual currency, Libra. But we are unlikely to have seen the last of Mark Zuckerberg in this space. Big Tech tends to think it has the brainpower and smarts to enter any sector and improve it: medicine, transport, even politics. How sexy might classic Apple Fan Boys and Girls find an all singing and dancing Apple bank as the West Coast goliath thinks beyond its handy wallet. “Fifty per cent of financial transactions in the UK are already in the cloud,” said Eithne. “Amazon runs it. There are many issues to address here when it comes to regulation and the widespread use, say, of Ai.”

Meanwhile, Ai is up and running back in Kenya with companies like OKash which offers consumer loans via a Smartphone app. Okash is owned by Opera, the Chinese digital giant. This is Fintech lending with a difference, however. If borrowers don’t repay on time then – if they’ve read the small print – they will realise OKash makes use of automatic access to the borrowers’ Contacts list. After a couple of phone calls and texts to remind borrowers of their debt OKash then sends text messages to all the contacts announcing that their friend/acquaintance has welched on his or her contract.

Texts read as follows: “Despite several polite reminders on your OKash loan . . . No PAYMENT received yet . . . Note that we are going to invade your privacy according to Terms of Service clause 8, IF NOT CLEARED BY 4PM.” The clause in question reads as follows: “In the event we cannot get in contact with you or your emergency contact, you also expressly authorise us to contact any and all persons in your contact list.” And you thought Ugandan village savings and loans T&Cs were rough… 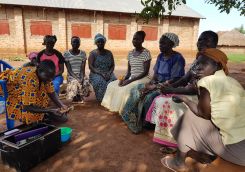