The Prinzessinnengarten in Berlin is in the old West Berlin Kreuzberg neighbourhood. The wall used to run a mere 300 yards from here, behind the ornate early 20th century buildings, and the shiny new flats that line the river Spree. I confess that the garden isn’t what I was expecting. The barren city block seems to be mainly recouped wood and boxes. It’s Monday morning, it’s very cold. Robert, who runs the garden, welcomes a handful of us intrigued by this community endeavour – a public vegetable garden built on community volunteering. Initially, I am mainly focused on the warm inviting café across the street. Then the story bursts forth. In the space of half an hour, as Robert rolls cigarette upon cigarette, the story sprouts – instead of the carrots we’ve come to see, we are shown wealth. Of a particular kind. 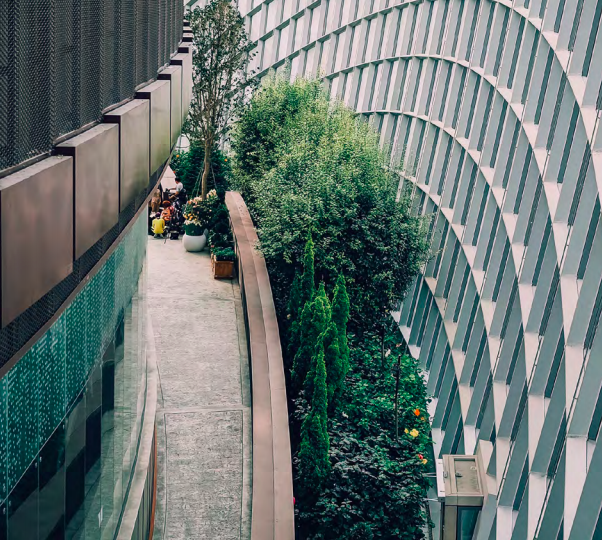 This is Berlin and – despite what the locals see as the ‘dramatic rise’ in prices – the city is still one of incredible space and spaces, affordable rents, and militant neighbourhoods jealously guarding their public spaces against encroaching private interests (again and again I come across stickers rejecting the idea of a Google Campus in the area).

Having spent years in Cuba, Robert came back and decided to try and replicate the Cuban vegetable gardens in Berlin. He was a young father. He thought this would be a good idea that would allow him to test some of his theories about community, about learning and skills and about wealth. Whilst spending time with his son.

None of what Robert recounts falls into my category of “feel-good community schmaltz”. And there are none of those buzz-words whose initial power has been drained by their use and abuse in PowerPoint presentations: No one is ”brainstorming’, ‘mapping’, ‘learning by doing’, ‘story-telling’ or ‘creating belonging’.

Such a relief. They’re growing and selling vegetables.

And it doesn’t quite work – in that it doesn’t generate enough cash. What does work is the café (that sells food and beer), the people who drift in and out to use an area known as ‘the flea-market’, and the fact that other neighbourhoods now regularly turn to Robert and his crew to come and help them create their own public vegetable gardens. Something for which they charge.

None of what Robert recounts falls into my category of “feel-good community schmaltz”. And there are none of those buzz-words whose initial power has been drained by their use and abuse in PowerPoint presentations: No one is ”brainstorming’, ‘mapping’, ‘learning by doing’, ‘story-telling’ or ‘creating belonging’.

In a city like Berlin, in a place like Germany, the codes of community have been broken and re-broken over the decades. They were tested most recently when the city saw an unprecedented number of refugees arrive in 2015. The city’s ethnic make-up changed: Syrians are now the fourth largest group of foreigners, behind Turks, Poles and Italians – and its areas are polarised. Kreuzberg is a far cry from Marzahn-Hellersdorf (a far right, AfD hotbed). The garden pre-dates the 2015 refugee influx (it was created in 2009), but it has come into its own since then and fulfilled a number of promises – some of which it had not even made.

In the story of the garden a number of key issues oat to the surface. First the fact that the community vegetable garden is a ‘market’ – people volunteer but their status as ‘volunteers’ gives them access to produce at 50% o , so this is somewhere between volunteering and bartering. The initiative is one that allows us to reconnect with what markets – on a good day – are supposed to deliver: competition and cooperation; initiative and regulation; professionalism and self-expression – and the means to distribute and enhance the creation and circulation of wealth. When you take these together you get not riches as such, but prosperity. In other words, you su- stain communities of people rather than just individuals.

One lesson I was first tempted to draw was that, while the Cuban model was developed as a food-source and food distribution network, the Berlin garden met a far more important need – community support in the face of massive demographic and social transformation, and a quiet rebuttal to rising populism. In fact, food distribution and community are deeply entwined. It is the existing community dynamics that allowed for the distribution and exchange to occur in Cuba – much as it is the initial logic of market, of exchange that created the conventions, habits, patterns that allowed for the emergence of a new community at the heart of a large neighbourhood. The regulation of the space (through rules, borders, and collective decision -making) for the purpose of equitable and dynamic exchange is the soil in which the community took root.

In the face of the growing threat of populism in Germany (and elsewhere), what the garden does most explicitly perhaps, is highlight two key things about what our economies need to aspire to, in the face of populism’s twin obsessions with the ‘real’ people and their abandonment by the elite.

The first is that communities – like markets – are porous and shifting. It is the comings and goings, the negotiation of access, exchange and contribution that grants them both dynamism and, ultimately, survival. The community is not what or who people are, it is where people are; it is a space – a fluctuating, changing one. Even something that can appear as fixed, and as literally rooted, as a garden, is a moveable feast – it is both cross-roads and networks that stretch far beyond the city block I saw.

But perhaps most important, is the notion that neither the need for protection nor the need for status should be taken lightly. Populists promise protection to those who feel they have been left to fend for themselves against odds they nd overpowering. This version of protection is all walls, barriers and a weeding out of the undeserving. So how do we do better? Addressing the populist backlash is in part going to mean finding ways of providing some shelter from the harsher winds of trade rather than doubling-down on the current version of globalisation. As for status and recognition, the populists claim that they are the only ones to take ordinary people’s plight seriously, in fact, to even notice them.

The initiative is one that allows us to reconnect with what markets – on a good day – are supposed to deliver: competition and cooperation; initiative and regulation; professionalism and self-expression – and the means to distribute and enhance the creation and circulation of wealth. When you take these together you get not riches as such, but prosperity. In other words, you su- stain communities of people rather than just individuals.

What counter-offer can progressives make? The garden offers a hint. Its space is flexible but highly regulated – both by its own rules and those of the city, as well as by convention. In other words, it is lightly institutionalised. And it is careful to stipulate that it is *semi* public. This light institutionalisation provides routinisation and predictability, a form of protection against radical uncertainty (both in terms of what people are allowed to do, but also what they take out, put in and when). As for recognition, the garden grants its workers a status, membership, as well as some tangible economic benefits (this is a labour of love for some, but it’s also love that generates a bit of cash) but it also markets itself as a place of expertise, commitment and savvy. There is a visible pride, a ‘busyness’ and purpose to all those we come across.

This is not about recreating Candide – tending our gardens is only a part of the answer. But it offers glimpses of our fellow citizens’ deeper needs and how to begin to meet them. 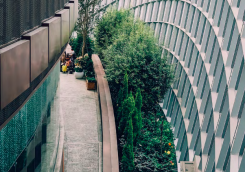