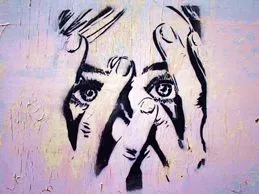 Anyone who thought a post-Brexit collective sense of national unity would carry us through the covid crisis has been proved hopelessly naive. The row over the journey from N1 up the A1 to Durham and Barnard Castle has managed to bring out the worst in vicious Punch and Judy politics in us over the last week. In the red corner are those who contend our response to covid in the UK has been clumsy, slow, cynically mendacious from our rulers and often lacking in good sense.

In the other, blue corner…well what counter-argument is on the other side? What would a good covid war have looked like? If any politician is being honest none would choose to lead through this. There are no winners. And Chancellor Sunak topping the popularity polls? Who would have thought it – people love a guy who hands out many many twenty pound notes for a living. A good outcome would have involved fewer casualties certainly but the collateral damage has been appalling and will only become truly apparent, economically and psychologically, in the coming years.

Between forty and sixty thousand people have probably died, depending on whose data you choose to believe,  and our economy has been routed. The inevitable inquiry is going to have a field day – let’s just hope the guys in wigs filling their boots manage to reach their weighty conclusions and get it in faster than Saville on Bloody Sunday which considered 14 deaths, took twelve years and somehow cost £400 million.

The NHS test and trace service is up and running today, probably 2 months too late. It boasts 25,000 “NHS” workers to contact at peak 3-4,000 cases per day. What exactly are these people going to be doing? Almost as if they will have time to be able to do other surveillance type work.

Slamming Matt Hancock day after day has become tiresome pinata. He’s not an epidemiologist – that wasn’t on the curriculum when he was a junior prefect at the King’s School, Chester. There is a reason for John Reid’s legendary response when hearing of his new ministerial appointment in 2003: “Oh, fuck! Not Health.” It is an undoable role – trying to control a giant, sacred cow. The NHS has many critical structural problems that go way beyond its political masters and their attempts to right them over decades. And this is not simply a matter of austerity and lack of finance. In many areas, its vast, unwieldy size – 1.4 million employees putting it on a headcount par with Indian Railways – makes it literally unmanageable. It responds poorly to pulls on the tiller.

People like using the Germans as a benchmark for most things that require organisation and management. Despite its mainly private character, Germany’s health sector has nearly three times as many beds per 100,000 people compared to the UK. It gets even worse when looking at intensive care beds per 100,000. You don’t invest big time in ICUs if you want a return – that is why the private sector in the UK leaves it to socialised medicine when the shit hits the fan in Harley St. Germany had over 4 times the intensive care capacity compared to the NHS when covid arrived in Europe.

It was shocking to see how poorly prepared the centralized NHS was, from a lack of protective equipment for clinicians to its failure to prepare for mass testing. While the desperate work of individuals on the sharp end of dealing with pandemic within the health service has achieved what seemed impossible only weeks ago – they were deeply stressed but didn’t buckle –  the NHS’s structural issues remain. There are many lessons to be learned and the Germans would say a pluralistic hospital system that endorses competition and patient choice seems to be in a much better position to cope with potentially tens of thousands of severe COVID-19 cases.

Here’s a tale of three covid tragedies. Firstly, a neighbour of mine has just returned from an 8-week sojourn at his place in Devon. He’s a cardiologist but has been out of the NHS and clinical work for some time, making a living as an expert witness. Now he’s volunteered to take a temp job at one of the big London teaching hospitals. Before you howl “how dare he!” he’s from the generation of medics that probably did what was called a one in three back in the day during his training: one night in three on call and then fifty-six hour straight weekends when it was his turn. (It took the EU and its Working Times Directive to make such arrangements illegal.)  He’s earned his pension and will feel he’s given his pound of flesh to the NHS but is now nevertheless prepared to offer a few ounces more.

He has spoken to the hospital and the story coming back is alarming. Most hospitals are now returning to normal after the covid peak. This means the specialists are now calling round getting all the patients who should have been seen since mid-March in for elective surgery and investigation. But guess what? Many are so scared that they are refusing to come in. As we’ve seen in several of our Jericho Conversations over the last few weeks we have as a nation experienced the virus together but frequently very differently. A pathological fear and debilitating anxiety that has been engendered in many is not felt by all. For all the outraged yacking about Cummings, there are thousands struggling silently on the edge, unheard. One in eight UK homes doesn’t have a private or even shared garden.

In such an “all hands to the pumps” reaction to the virus there was always the risk of what would happen to all the other hundreds of thousands of patients who had a disease other than covid. Basically they were put to one side while the viral battle raged in ICU and the Thursday night clapping went on. Think of it as a mother who has quads then breastfeeds the slightly sickly one and allows the other three to fend for themselves.

Hospitals are fetid petri dishes of infection at the best of times and they were cleared of “non-urgent” cases when covid walked in – many of the elderly, as we now know, were carted off to care homes carrying the disease with disastrous results.

What this means is that never mind the current spike in above-average death levels in the UK, in a year’s time or so we will almost certainly witness a large jump in deaths from cancer which was investigated too late, a stroke which was missed and countless other ‘morbidities’ as the medics call them. There will be tens of thousands of kids with tooth cavities and extractions because we still have no dentists open and there is no date yet for them to decide when to pick up their drills again. Lord only knows what state psychiatry is in. Nobody who has broken a bone since March has received any physiotherapy which will hinder recovery and may lead to longer-term unnecessary disability. It’s a wider public health disaster.

Second, my daughter is 11 today and fear plays a part in her day. She’s been allowed to put some Primark make-up on. We’ve put the word out among a couple of her mates that we’re going to have cakes and ice cream on our doorstep. So sue me. Distance will be kept. She returns to school on Monday as the Year Six are being allowed back for one last gasp before departing to secondary school in September. One mum has just texted me back with the following:

“XXXX would love to come but she has been sneezing over the last few days. It’s probably just hay fever but we can never be sure. So just to be safe we think she should stay at home”.

This child, I happen to know, has not left the family flat for almost 10 weeks. This is crazy.  But never mind. My girl will get over it. And so will her mate. You get over most things aged 11, otherwise, how would you go on to face the next 70 years of ups and downs, love and loss, Climate Change and Covid 24, The Motion Picture? So this is a small tragedy for both parties. However, I cannot begin to imagine what it must have been like for the mother of Ismail Mohamed Abdulwahab, aged 13, from Brixton whose son died from the virus and then was not even permitted to attend her son’s funeral with his siblings. Why did this need to be so? In the same way why have two friends who have had kids in the last two months been unable to register their births? It seems to me that far too many people have simply downed tools at the slightest excuse.

I am, I grant you, not a great rule-taker and a natural resistor, although not reckless when it comes to risk. I had one night when I lay there wondering what would happen if I caught the virus. But I wasn’t just going to sit here. So over the last 12 weeks, my kids and I have been taking our daily exercise by cycling all over London. Down the steps of St Paul’s on Easter Friday, round Hyde Park Corner on Easter Sunday. They can now cover 20 miles without a moan. Thighs of steel, calves like Chris Hoy in his prime. Maybe we risked arrest but I hope that these adventures will be the memory they retain of the odd first half of 2020.

I suppose the point I’m trying to make is that, in the end, we must take responsibility for our own destinies. One cannot live in fear, expecting HMG to mother us, forever. Not least because those who do are bound to be disappointed children. I for one do not trust Boris Johnson or Dominic Cummings’ judgement when it comes to many issues, not least my immediate health needs. Why would I? Both have other priorities. Part of being an adult and a parent is to use your judgement to take care of yourself and your offspring. Certainly, you should not endanger others and obey the law. But we’ve been furnished now with enough facts to use our common sense and start to fend for ourselves.

Thirdly, there’s furlough. If you’re currently on furlough from a job that you don’t like that much why push to take up arms and get back to the office again? Coming off furlough, especially for weaker individuals and businesses, is going to be like weaning a junkie from crack cocaine. The fraud levels, I hear today from a banker, are frightening.  And, sadly, many businesses with zip coming in through the till will just fire many hundreds of thousands as BA, Rolls Royce, EasyJet are already doing.

If you put the fear on a population people react in different ways. As men did when told to go over the top from the trenches in WW1 there will be acceptance, confusion and some defiance.  And some when ordered to obey rules that are incoherent, like Priti Patel’s mad proposal for quarantining incomers, will dare to ask why. 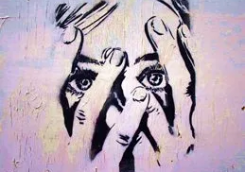