“The poorest man may in his cottage bid defiance to all the forces of the crown. It may be frail – its roof may shake – the wind may blow through it – the storm may enter – the rain may enter – but the King of England cannot enter.”

So said William Pitt in 1763. Pitt, let’s recall, was a British Prime Minister. I’m not sure that any of the candidates lining up for next week’s beauty contest could muster the same sort of elegant prose. And their promises on housing aren’t much to shout about, either.

There are many problems facing the British economy in the years to come, but perhaps none is as serious as the housing crisis. James Meek published a brilliant essay in the London Review of Books at the start of 2014 (available here) in which he posed a rhetorical question: ‘Where will we live?’ Meek pointed out the essential problem for the UK’s housing: “Supply and demand have floated free of each other, and not only in the category of social housing…There aren’t enough homes in London, in the South-East, in Britain. The shortage gets worse. Each year, population growth and the shrinking of average household size adds a quarter of a million households to the 26 million we have now. The number of new homes being built is barely above a hundred thousand.” 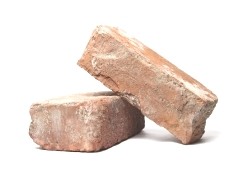