In July and August 2016, Jericho Chambers, together with the Chartered Institute of Personnel Development (CIPD), ran the  WikiWorkLab work collaboration programme.  For three weeks 24 young people aged 15-21 set up camp in Jericho’s office. They were tasked with developing and presenting their thoughts on the Future of Work debate.

Participants’ time was divided between a structured learning programme and individual projects and assignments – all centred around analysing organisational structures and the future world of work. As well as shaping wider debates, it was a chance for young people to investigate what work means academically, before having to jump in to it. Specifically, participants were investigating and challenging the hypothesis: The Future of Work is Human.

A result of the project is that the voice of young people entering the world of work is being heard alongside MPs, world-renowned academics, business leaders and the HR community. Participants’ contributions (in video and written form as well as in person) have the potential to shape future directions of the discussion, which – despite including the senior policy-makers and decision-makers from the world of business, trade unions, academia, media and the third sector  – previously lacked representation from young people. WikiWorkLab participants were challenged to collaborate and co-create new directions in a high-profile discussion around the future of work. See initial summaries of WikiWorkLab thinking here.

Participants also have the chance to lead a discussion on their collective ideas/ findings in front of business and political leaders (as well as a wide-reaching remote audience) at the Future of Work Big Tent in October 2016. The WikiWorkLab has allowed us to draw on the voice of Gen Z to inform a number of other discussions, and has meant Gen Z will now have a continuous presence/ representation at other discussions Jericho organises.

The three weeks were taken up by a series of discussions, lectures, book-clubs and on research trips to, among others, Parliament, leading corporate organisations, social enterprises, institutions etc. (See list of research trips below). During their time at Jericho participants bounced ideas off senior practitioners, thinkers, academics, journalists, authors and activists across the spectrum of the world of work. They rose to the task of challenging conventional thinking and to work as a team/ network to help find radical, well-informed solutions to shape the future world of work. Read more about what we at Jericho learned from the WikiWorkLab here. 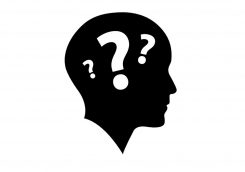