Populist politics have no redeeming qualities or silver linings in my eyes. Frankly, I see them as an unadulterated catastrophe — whether they hail from the left or from the right. But they do force us to think about grievances in a different way. Not in the way that they suggest of course, by building walls or tearing down reputations. But when things have become so stuck that Brexit, or Trump, or Fox News hold some kind of promise for voters and citizens, then we need to ask ourselves what kind of thinking we need to do to slice through this political Gordian knot.

In all of my research on populism — 25 years’ worth, but who’s counting… — one of the things that has become ever more clear is that populist politics has made great strides by building a Coalition of the Irrelevant. If you scan across Europe and the US (we’ll leave Latin America out of this for now), you can see that populist leaders’ greatest asset has been their capacity to mobilise, not the losers or the “deplorables”, but rather, those who feel irrelevant — no matter what their income or wealth. This is separate from those who feel deprived (although of course it can include them). Understanding where that sense of irrelevance comes from is important: it is not just about being locked out of certain goods (holidays, education, consumer goods, housing); it’s not (primarily) about consumption. Rather, it is about production: people’s sentiment that what they have to put into society, or more narrowly into the economy, is irrelevant — no matter how hard won, no matter how important to them. That their tastes are sub-par, their skills immaterial, their views marginal. It’s not just what people haven’t got that’s the problem — it’s how what they do have, is received or, more to the point, rebuffed.

There is a huge paradox in this: it has never been easier to express views and opinions far and wide, to mobilise or make oneself (apparently) relevant out of nowhere. But tragedy trumps paradox if voices are not heard, promises of power are not fulfilled, and all this enhanced potential to make a significant contribution turns out to be smoke and mirrors.

The usual answers are about giving (more, real, regular) access: democratic access through digital; access to education; access to housing; networks; transport, and health. These initiatives are laudable and they are important. But they’re only half the solution. The other half is about focusing on what people put in, on supporting them into productive lives.

We need two imaginative leaps here. The first is to get out of “selfie mode”. Productive lives emerge and get lived when we reflect on our relevance to others. Who am I relevant to? Why and how? What do I bring to their picture? This creates relationships in which everyone develops a sense of relevance.

“Populist leaders’ greatest asset has been their capacity to mobilise, not the losers or the “deplorables”, but rather, those who feel irrelevant, no matter what their income or wealth. It’s therefore not just what people haven’t got that’s the problem, it’s how what they do have is received, or, more to the point, rebuffed.”

Only in relationships can you feel relevant. This means that the second imaginative leap is about the sort of relationships politics and economics need to promote. It is about designing bridges between business and politics, education and business, public services and private firms that are designed specifically to create an opportunity for relationships that lead to productive lives and a sense of relevance. Bridges across firms, or sectors or government departments have been attempted before — but they have seldom been put in place for the sheer sake of perspective. They have been put in place to increase efficiency, to cut costs, to improve results or meet targets. Or even in order to increase the diversity of viewpoints. But rarely are they developed merely for the sake of it. In fact, one sure-fire way of dismissing such bridging, such exchanges, is to label it “a feel good exercise”. Well, let’s hear it for the feel-good exercises: a positive imaginative leap would develop these, allowing people to glimpse their relevance to each other.

Catherine Fieschi is a partner at Jericho Chambers, and Director of cultural and social risk consultancy, Counterpoint Global. She is Senior Research Fellow at UCL’s Institute for Global Prosperity, where she heads the Politics of Disruption Research Network. 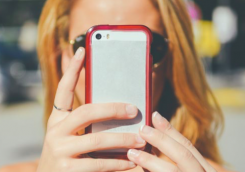