Significant momentum is building around hydrogen as a keystone technology for the transition to a Net Zero economy. While it was formerly considered as a niche option for the “hard to reach” sectors, the last 18 months have seen it brought to the forefront of the decarbonisation agenda. And East Anglia and the Heritage Coast is ideally situated to be at the vanguard of this exciting shift in energy production and use.

Its versatility is key, with the potential to provide viable solutions across the heat, transport, energy storage and power generation sectors. It also represents an essential complementary technology to renewable electricity generation, acting as a productive offtaker of surplus power in times of over-supply.

“East Anglia is well-placed to lead the charge as a ‘Clean Energy Region’… and the Heritage Coast could be at the heart of this transformation.”

National Grid’s latest Future Energy Scenarios issued early summer expect hydrogen projects to emerge from pioneering regional clusters, and East Anglia is well-placed to lead the charge as a ‘Clean Energy Region’. Geographic conditions, existing energy infrastructure and local expertise all lend themselves to a thriving net zero economy in the region.  And the Heritage Coast could be at the heart of this transformation.

There is already a strong commitment from regional stakeholders in Norfolk and Suffolk becoming the UK’s clean growth region.  The New Anglia Local Enterprise Partnership’s driving objective embedded in the Local Industrial Strategy is for the region to be “a globally recognised, technology-driven, creative and inclusive economy which is leading the transition to a post-carbon economy through sustainable food production and sustainable energy generation”[1]. Latterly this drive to achieve net zero has been supplemented by the need to “build back better” following the pandemic and to target a green recovery.

Hydrogen and the Heritage Coast

A major advantage in East Anglia – and the primary reason why it is seeking to be GB’s clean energy region – is the availability of growing volumes of offshore wind generation. Over 50% of the UK’s operational offshore wind fleet is off the coast of East Anglia, and as it grows, so too will the periods of surplus supply over demand. This provides an important impetus for diverting this surplus generation to an efficient use, rather than curtailing it. Transforming water into hydrogen using fuel cells is an ideal outlet for this power and has the added benefit of improving the security of demand; helping to stimulate further offshore wind deployment going forward.

As well as being at the centre of the world’s largest market for offshore wind, East Anglia is home to the UK’s gas capital in the Southern North Sea. Bacton gas terminal and the associated interconnectors supply 30% of the UK’s natural gas. An integrated energy hub development programme focussed on the existing Bacton site could, in addition to providing renewable power and hydrogen to the East Anglian economy, enable a significant volume of Southern North Sea hydrocarbon assets to be progressively decarbonised, abate large volumes of CO2 and secure existing and replacement jobs and enabling preservation of a highly skilled workforce under threat from UKCS decommissioning.

Beyond the development of hydrogen infrastructure itself, and the benefits to the regional economy, there is also a unique opportunity to leverage the knowledge and expertise that will emerge from local projects in other national and international markets,

In light of this potential for hydrogen innovation, production and use in East Anglia, Hydrogen East was formed in Summer 2020 to analyse the potential pathways for development of a regional hydrogen economy that will support delivery of other regional economic and clean growth priorities.

Hydrogen East’s first programme of work is seeking to identify key regional projects and priorities, focusing initially on three potential ‘energy hub’ configurations. These projects will take a cross-sector approach and look at how existing, repurposed and new assets can be deployed in mutually-supportive, innovative and efficient solutions, and ultimately act as templates for how multi-energy systems can be applied to meet national decarbonisation targets.

At a high-level, these three projects are:

As the initial energy hub work progresses, Hydrogen East will consider how the hydrogen developments in East Anglia can inspire, inform, and integrate with developments across the national and European energy landscape.

Nigel is a director and co-founder of Hydrogen East. He has many years involvement in reforming energy markets and promoting new entrants, technologies and non-traditional business models. 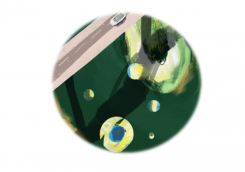