What does the European election result mean for the future of the Labour Party and UK democracy? A searing analysis by Neal Lawson, Jericho partner and Chair of Good Society pressure group, Compass.

The European election results, when they came in, were bang on what had been predicted: the Brexit ‘Party’ triumphant, Labour and the Tories humiliated, the Lib Dems and Greens both doing exceptionally well, and Change UK nowhere to be seen. Let’s just stop and think what that really means.

A ‘party’ that didn’t exist a month ago beats everyone in a national election by a mile and looks to have become the joint biggest single party in the EU Parliament. This is extraordinary. Anyone who thinks that things will just go back to ‘normal’ once Brexit is ‘done’ is deluding themselves.

Our two-party system is being smashed to pieces: Labour and Conservatives received only 23% of the votes between them, when the previous lowest share was 44%. Our country is hopelessly divided – polarised beyond belief and no political leader or party is in sight with the willingness or ability to heal the rift.

Having said that, some progressive MPs have been remarkable in showing the way. Caroline Lucas, through her ‘Dear Leavers’ campaign, tried to bridge the divide, Lisa Nandy has spoken up and out for ‘left-behind’ towns, and Stella Creasy has battled alongside us for a citizens’ assembly on Brexit. 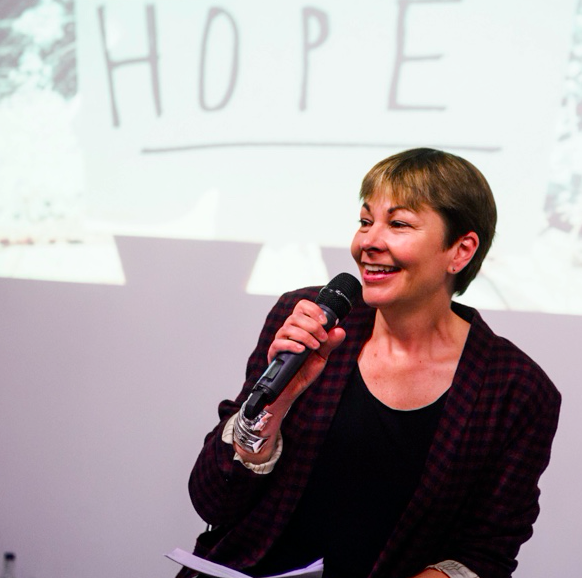 At just 37%, turnout was worryingly low for a nation disputing Brexit, and it was down most in Leave areas. This bodes badly for democrats and well for populists.

With the now inevitable acceleration of the Tories’ great-moving-right-show, the hopes of a Brexit deal are fading fast. The choice looks like Revoke or, more likely, No Deal and then the seeds will be sown for divisions which will last for generations.

Where in all this is Labour? The party seems to have given Farage a free run. Two reasons jump out. First, because he would damage the Tories more than them. And second, for fear of upsetting ‘its voters’ in Leave-inclined seats such as Mansfield and Don Valley.

In either case, this is a crude form of political instrumentalism such that ‘we will do whatever it takes to win so that we can pull the socialist levers of the state’. Even if you want to bring the country back together, this approach is profoundly wrong, for three reasons:

The Labour leadership has gamed the issue in the simple hope the Tories would implode before they did. There has been no deep and abiding response to our democratic bankruptcy and no strategic internationalism.

While the populist right has built across borders, learning from and helping each other, too much of the left has retrenched, as if socialism in one country was even feasible, let alone desirable. Three years on from the referendum, Labour, instead of digging deep, has spun and triangulated and is now horrendously divided between a leadership clique that always wanted Brexit, and the vast bulk of the membership that never did.

So in all this, it’s no surprise that thousands of Labour party members voted for other progressive parties and therefore, according to party rules, should be thrown out. Crude tribalism is now breaking down and the archaic rules, that discipline members like children, have to go.

The promise of Corbynism is being frittered away just at the moment progressives need to be at their best: clear in our commitments to the deepest forms of democracy and internationalism. Only then can the wave that created the Corbyn moment continue to build and grow and transform our world.

The fracturing of our politics is now accelerating. First-past-the-post cannot continue for any rational or moral reason, the only reason we still have it is the self-survival of the two parties it grotesquely pumps up.

Alliance-based politics will now feature heavily as Change UK inevitably folds into the Lib Dems while the Tories and the Brexit Party do their own demonic dance. This fragmented picture has continued across the rest of the EU with results showing no clear political direction, except a welcome rise in the vote for Green parties.

Back here, no single party is likely to win a majority at the next general election – and then what? Our democracy has to be overhauled for the 21st century. It’s why we back citizens’ assemblies and why, working with others, we want to inject new energy into the urgent fight to transform our democracy.

No one can win when half the country feels like it has lost. Because we are democrats, we have to understand the outrage of people who voted to leave and three years on see no sight of it. But because we are progressives, in the most radical sense of the term, we must stand against the dark forces pushing Brexit and stand for the liberal – yes, liberal – values of tolerance, pluralism, compassion and justice.

The answers won’t come from the heart of the problem – Westminster – they will come instead, as our 45° Change analysis argues, from emerging campaigns, social enterprises and community projects.

There were never any shortcuts, there never will be. We can, we must and we will do the right thing to build the green, democratic and equal society we believe in. 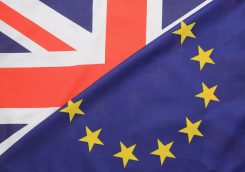