What are the UK’s prospects as it grapples with the twin demons of COVID and Brexit? 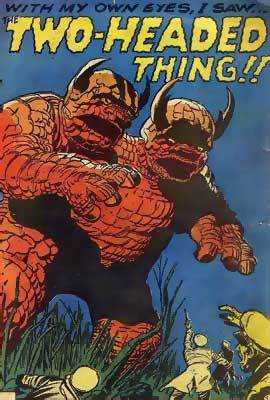 2020 was the year during which “going viral” took on a new, unhappy sense. It was the year of the pandemic but also the year in which the viral effects of that 2016 campaign bus with “the NHS’s £350 million a week going to Brussels” finally came home to roost. We are less than three weeks away from final departure from the EU and there is no deal in sight. The British economy is on a ventilator.

The way in which COVID has been managed in the UK has left many questioning the judgement and competence of our current government. The sums of money that have been borrowed to shore up employment and our economy are frightening. The decline in our GDP has been more grave than any other European country.

In the latest in its series of podcasts supported by the investment bank Stifel and its European President Eithne O’Leary, Jericho Chambers Partner, Matthew Gwyther speaks to Eithne plus four observers of the UK scene to hear their feelings about the last year and what now lies ahead for Britain as it faces an uncertain future.  The interviewees were Antony Jenkins, Vicky Pryce, Claer Barrett and Professor John Van Reenan of the London School of Economics.

It’s clear many from beyond our shores are baffled by our choice of direction. In the Times in early December Lord Ricketts, former permanent secretary of the Foreign Office, was interviewed and asked what his many diplomatic contacts around the world make of the state of UK Plc. Most of them are, he said, baffled by the British government’s chaotic and inconsistent approach since the EU referendum. “They say ‘What’s going on in your country? You seem to have lost your way. What has happened to the Britain we knew?’ We always had a reputation as a country that was pragmatic, hard-headed and full of common sense. We were seen as good negotiators who knew what we wanted. That’s been badly damaged if not destroyed by what looks from abroad like a long period of indecision and trying to pursue completely incompatible objectives.” We must hope 2021 brings us some better judgement and subsequent better fortune.

Antony Jenkins has had a life long career in financial services. He spent many years at Barclays and was Group CEO from 2012 to 2015.  He now runs, and largely owns, the fintech 10x . He was probably the most sanguine of our interviewees. “Business people hate uncertainty most of all,” he says and the current situation is full of that. “But we’ll find a way to make it work because that’s what business does.” Business tends to be pragmatic rather than ideological which is why – by any poll – the majority of UK business has always thought Brexit a bad idea.

The lack of any certainty and therefore the great difficulty in planning is highlighted by Eithne O’Leary, the President of Stifel Europe. During her long career she has seen and coped with many down turns but says this one is unique in its problematic nature. “The rise of ideology in British public life is a tragedy,” she says. “Previously it was always pragmatism which was the governing approach. But now it’s a triumph of ideology over competence and that will have significant negative effects.”  Eithne also discussed the scale of some of the challenges being faced in a recent blog as part of the COVID & Brexit programme.

Vicky Pryce is a Greek by birth but has lived in the UK for many years. She has enjoyed a long and distinguished career as an economist in both the private sector and government service. During the Great Crash she was  Joint Head of the UK Government Economic Service from 2007 to 2010.

She has no doubt that the UK will be disadvantaged by Brexit. “While economists assume rational behaviour in most people but that doesn’t count for politics. I think the most fervent Brexiteers expect the EU to disintegrate following the UK’s departure – that this is the first act of the tragedy. But I would not forecast that. If anything, COVID may have brought them closer together. They seem unified if not united.”

Claer Barrett is Consumer Editor at The Financial Times and author of a weekly Money Clinic podcast. She never thought she’d live to see the day when FT readers contact her for help with the UK benefits system. But that become an unpleasant reality in 2020. “The Great Crash of 2008 felt like the end of days to me,” she says. “But this is different and in some ways feels worse as covid is a social not a monetary phenomenon. People are dying.”

Professor John Van Reenan is the Ronald Coase School Professor at the London School of Economics and the Gordon Y. Billiard Professor of Management and Economics at the Massachusetts Institute of Technology, where he is jointly appointed in the Department of Economics and the MIT Sloan School of Management. He is an outspoken critic of both Brexit and the way the UK government has handled the COVID crisis. Any deal with the EU, he has written, will be “lipstick on a pig.” 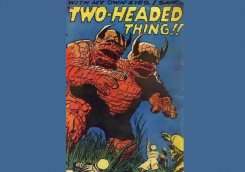