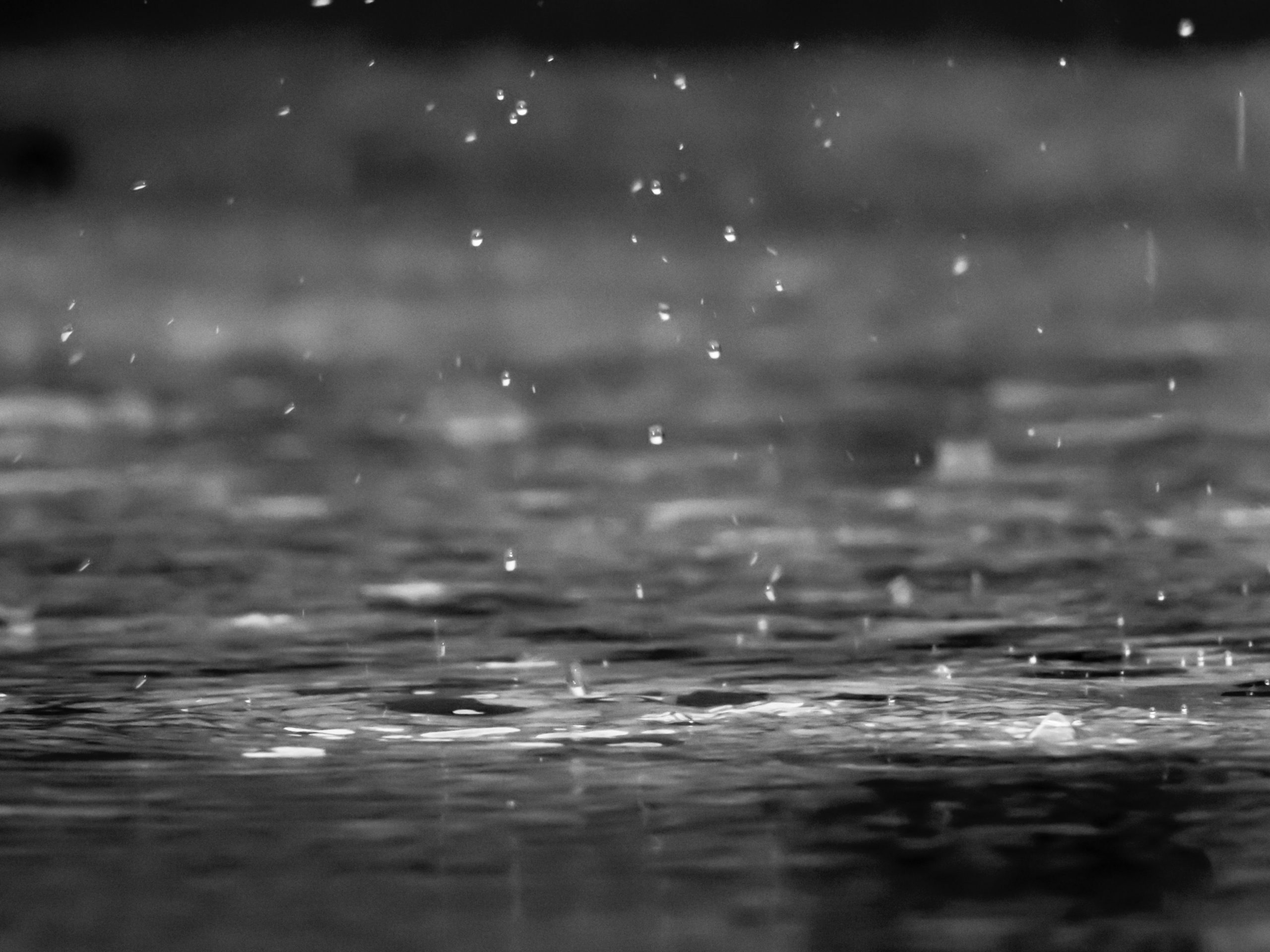 Photo by reza shayestehpour on Unsplash

Two Fs currently drive much of the UK job market – fear and furlough. As businesses are withdrawn from the powerfully addictive Treasury subsidy of 9 million jobs, when polled by the Bank of England their leaders predict unemployment of 3.5 million by year’s end. The numbers of jobless are likely to rise faster than during the Great Depression of the 1930s.

Sir Howard Davies, the Chairman of Natwest and one time deputy governor of The Bank of England has seen a few downturns in his 69 years but acknowledges that the last six months have been some of the oddest of his working life. “I used to get up, put on a suit and tie and go into the office to see what was happening….” Nothing now is certain beyond Zoom fatigue. “Anyone in business who says they can predict the immediate future is kidding themselves,” he muses. “A month ago I thought maybe the Autumn would bring more normal times but now I doubt it. The whole thing feels like a bigger change than we anticipated and it’s gone on already for a very long time.”

For more than 40 years Captain Mainwearing’s bricks and mortar bank branches have been turned into wine bars and 35,000 fewer HSBC jobs, announced last month, will mean more empty real estate.  “In our branches people have had to re-skill and I think that’s worked,” says Davies. “With relationship managers they did their job before by walking around and seeing customers. Not all of them [customers] want that now.

“However, it’s the unstructured human contact stuff that concerns me. We’re going ahead with our graduate new recruits this Autumn but it’ll be testing for both sides – how will they get to know us and us them if they hardly ever come into the office? What worries me about remote working is the difficulty it has with social capital. Promising young people won’t get noticed. Promotions will be missed.” NatWest has just sought 550 redundancies and is to “reconfigure” the Coutts office on The Strand.

Did this mean it was now a jobs and profits open season for the Fintechs and challenger banks – “I don’t think so. If anything, the crisis has hastened their needs to monetise customers. Giving a decent service for no return is easy. Anyone can do that.” The race with such contenders is simple – whether they will acquire profitable customers fast enough before the huge legacy banks acquire the fancy Smartphone technology. Last month brought bad news for Monzo when its auditors EY conducted additional due diligence in light of “material uncertainties” over its going concern status. This is thought to have delayed publication of the results.  And it has parted company with its founder Tom Blomfield who will now have to find another metier.

Natwest notwithstanding, graduate’s prospects currently don’t look good. A Resolution Foundation report – “Class of 2020” – published in May predicted that youth unemployment in the UK could rise by 640,000 this year, which would take the total above one million. About 20 per cent of graduates normally find their first job in sectors that have been hardest hit by fallout from Covid-19.

“Many of the lower-paying roles that education leavers have tended to enter into during their first years in the labour market are in sectors like travel, non-food retail and hospitality that are largely shut down at present, and unlikely to reach full capacity again in the near future,” the report says. “In other words, the first rung of the employment ladder looks to be broken…”

It’s a while since Justin King managed the Galaxy chocolate production shift – one of his first roles as a Mars graduate trainee. The ex-CEO of J Sainsbury, Vice Chairman of Terra Firma and now board member of M&S is unimpressed by those who moan about Brexit and COVID causing twin massive uncertainties. “Business moans a lot about a lack of certainty but has it really ever had it?”

The immediate prospects for Tech in the form of machine learning, Ai and robotics appear very good. Such businesses urge that if you can just get people out of the system, then everything will be hunky-dory. Covid means that many businesses will regard large numbers of employees working in close proximity as a risk factor. No employer wishes to infect its people and place them in litigious peril. So the use of robots across the manufacturing, healthcare and service sectors will become more common in the coming years. As the number of office square feet reduces for many businesses as staff work remotely so capital investment on tech will increase. People are complex, whereas tech – in theory-  is simple and predictable.

However, despite the imminent birth of M&S’s alliance with Ocado King doubts that most business will go all out shedding staff and investing in automation. “I think the savings offered would need to be enormous. Three million people without jobs will likely slow both wage and minimum wage inflation while it seems certain we’ll retain our highly flexible labour system.”

King is now convinced the time is right for a serious look at our taxation system. “A fair tax system is a key contributor to proper competition. Sunak has floated a delivery tax on the likes of Amazon and whether this or a switch of business rates to VAT, or both, it’s clear he needs to raise more money and rebalance the tax system to achieve fair competition will need more money soon. The state will not wish to be seen punishing normal people. But I think the triple lock on the pension system will have to be looked at – the narrative for the over 50s is completely different from even a few years ago. At 50 most people now still have 35 years to go.”

“There are some cool tools to enable better collaboration but care needs to be taken that these digital systems used at home don’t become too intrusive.”

Karen Rivoire was global HR director at Unilever for more than a decade and now goes by the unlikely title of Competence Flow Leader at IKEA. She spends most of her time studying the future of work and how it can be made more human. “Optimism isn’t top of mind for most people currently but I have an optimistic view on a better world of work,” she says. “I feel companies can choose to enable more meaningful work. Just like Peak Stuff, I hope we’ve reached peak HR process. We need to break down silos, increase interaction and alter the rhythm of work. Get more democratic and real-time about talent management, think about a Well Being Economy and what that might involve. There are some cool tools to enable better collaboration but care needs to be taken that these digital systems used at home don’t become too intrusive. Counting remote work productivity by measuring computer key strokes seems pretty dystopian and totally unnecessary to me.”

Professor John Van Reenan of the LSE is in no doubt about the enormity of the last six month’s events. “It is a massive crisis and possibly a moment in history similar to the ends of WW1 and WW2. It dwarfs 2008 and the Great Crash. But it is an opportunity for change. Our problem before covid and still now is our historically low productivity levels. We’ve massively under-invested in infrastructure, skills and innovation. Government talk is cheap and we need to create something built to last, shielded from day expenditure concerns.”

The great Levelling Up, as promised to those previous Labour voters who went blue at the last election is now harder than it would have been in a time of near full employment. It’s high time the government brushed off its pre-covid much-trumpeted Industrial Strategy which committed the UK to a ‘high road’ identified 17 years ago by Michael Porter in his report “Uk Competitiveness: Moving To the Next Stage.”

Someone enjoying his next stage and a new job –  President and Chief Revenue Officers at Salesforce – is Gavin Patterson the ex-CEO of BT. (He’s yet to make it into the office which is in San Francisco.) The CRM leviathan Salesforce, in common with many Big Tech businesses, looks to be having a good pandemic. As 26 million Americans lost their jobs – and, critically, access to health insurance, the US billionaire class has added $308bn to its wealth. The FANGs – Facebook, Amazon, Netflix, Google – have all prospered.  On one Monday in July Jeff Bezos added $13 billion to his stash. “The crisis has created an urgency for the kind of thing we do,” says Patterson.

On infrastructure, particularly high-speed broadband across the UK, he notes – “In my experience, there was a lot of talk but not much in the way of action. Any business waiting for government help  will find it has to set its own course.”

A return to economic nationalism is now highly likely. In France, President Macron has doubled down on a pre-crisis program to relocate strategic industries back home. A number of core strategic or automatable activities will probably be onshored in the next 12 to 18 months to build up French value chains for critical products and industries, like food and pharmaceuticals.

McKinsey – having a good pandemic, as its £560,000 payment for six weeks work to decide the “vision, purpose and narrative” of a new public health authority in England shows – also points towards a coming boom in tech-based medical care. In Indonesia, where there are four doctors per 10,000 people (compared with 42 per 10,000 in Germany, according to the World Bank), the government and telehealth firms have long been trying to close the gap and COVID is speeding the trend. An ex-actor or barista re-purposed as a call centre operative reading from a script will always be far cheaper and more easily trainable than a fully qualified medic with a bedside manner.

A version of this piece first appeared in The Times on August 28 2020.