Listen to this as a podcast 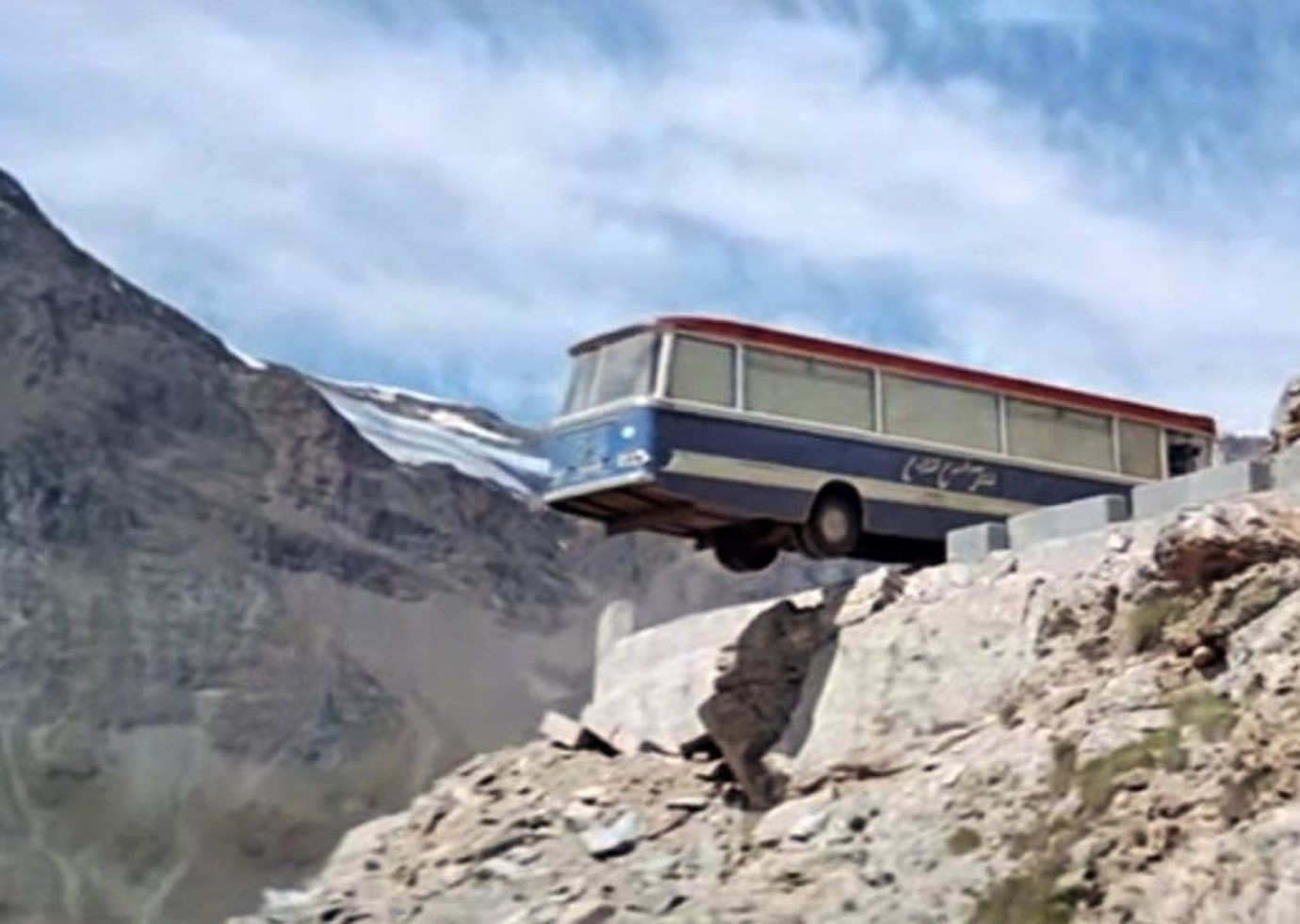 Most of us in the last fifteen months could be forgiven for the occasional silent yell of “stop the world I want to get off.“ But the pace of change is not fast enough for some. There are those out there, often in the West coast of America Tech sector, who believe that the last 20 years have, in fact, been a “Great Stagnation”, a technological plateau that requires much more thrust than in the past to achieve post-Covid fast economic growth and go vertical.

Peter Thiel – worth $7 billion and the creator of PayPal, Palantir and the first outside investor in Facebook – is a card-carrying member of the Great Stagnation society. He wants to get us all properly into gear, put the pedal to the metal and usher in The Great Acceleration, recently telling Forbes magazine: ‘One should think of Covid and the crisis of this year as this giant watershed moment, where this is the first year of the 21st century. This is the year in which the new economy is actually replacing the old economy.’

Thiel believes that the historical transformation promised by the internet was aborted in March 2000 when the tech bubble burst. It was too early. ‘But I keep thinking that maybe this time the movie is going to have the alternate ending–which is somehow the tech is actually going to work, at least in the aggregate,’ he says. “Some will fail, some won’t, but on the whole, the transformation of the 21st century is going to work.”

So, as part of his Great Leap Forward, Thiel has an idea he thinks definitely won’t fail. At least for him. Together with two other billionaires, he wants to establish a new cryptocurrency asset exchange that will bet heavily on decentralised finance, radically reshaping trading and investment in digital assets. The venture, run by blockchain software company Block.one, will be called Bullish Global and has been capitalised with more than $10bn in cash and digital assets ahead of its launch later this year. (Those who read the small print noticed there was quite a lot more digital asset than good, old fashioned dollar bills contained in the package that Thiel is bringing to the party.)

On the same day, Elon Musk announced that after years championing Bitcoin – and indeed making a small killing himself by investing in the wildly fluctuating asset – his car making business Tesla would no longer accept Bitcoin in payment for one of its vehicles. Apparently, the huge quantities of energy involved in mining and keeping bitcoin afloat, the same as Argentina or Sweden uses annually, are bad for the planet, said Musk, who also announced while presenting Saturday Night Live recently that he suffers from Asperger’s syndrome.

Musk’s trolling keeps undermining the faith of true Bitcoin believers that their favourite token is bigger than any individual and that the recent price boom is based on solid fundamentals. The original cryptocurrency’s recent 20% drop over five days began with a Musk’s eco tweet. A further nose dive occurred when the Chinese politburo made it plain that it deeply disapproved of crypto currencies over which it had no control.  The latest confused price swings over Tesla’s crypto portfolio show how this speculative market can turn on a dime. Hard to come away with any other impression that crypto is a game for him. A game he’s happy to play as long as he’s the winner.

Bitcoin was the first mover in the crypto coin revolution and is part of the decentralised finance movement which – its supporters maintain – has the potential to disrupt traditional markets by building a system that bypasses the custodian, record keeping and trading roles that are typically reserved for banks, brokers or exchanges.

Libertarians tend to love crypto. Why should anyone, any bank or any government stand in the way of me making money however I choose to? Crypto democratises finance and removes rent-seekers and unnecessary intermediaries.

Sceptics have maintained that the crypto world has many elements in common with pyramid schemes. Those who got in early on bitcoin have a huge financial incentive to draw in others by any means necessary. It’s a gold rush in which the veins of shining yet invisible metal are finite – there will only ever be 21 million whereas central banks can just carry on printing.

But while getting rich is clearly the main motivating factor — and you cannot question the fact that some people have indeed managed to become incredibly rich from crypto — it is not the only one. Buying into crypto should be considered akin to gambling and, like gambling, people get into it not just because they might make money, but also because it’s entertaining. Gambling, however, means someone has to be the loser.

Old schoolers like Warren Buffet don’t like brave new world digital shenanigans at all. Its advance by way of flotations like Bullish Global will, he maintains, lend undeserved legitimacy to cryptocurrencies, in particular, bitcoin, which Buffett has branded “rat poison squared”. The Sage of Omaha has predicted a “bad ending” for cryptocurrencies. He has yet to be proved right. Values may have swung violently, but generally, they have climbed.

To argue against crypto, say the tech purists, is like those Jeremiahs in the early 90s who foretold the end of the internet. Crypto’s rise is utterly logical, thus inevitable. Only a mug like King Canute would bet against its advance across the planet.

The problem with Great Accelerations, before you settle down to steady cruising speed, is when things start going so fast, control can be lost and bits fall off. Or worse: you collide with something hard.

The lesson of 2008 should have been that if something looks far too good to be true then most likely it is. One of the joys of crypto is, of course, it exists outside the influence and regulatory authority of central banks – indeed any banks – across the world. That is the whole point of it. It doesn’t have to weigh up the possible dangers of its widespread, maybe universal application. It’s new and therefore unpredictable.

Banks by contrast are supposed to mean safety. “Get your money in a bank,” rather than put it under the mattress. I’m banking on that. I’m going to bank these winnings. Certainty. Safe storage. They are physically imposing – their buildings are the tallest, most visible and most message-exuding in Canary Wharf and Wall Street.

Crypto, by contrast, is arcane, hidden. Crypto means concealed or secret. A cryptic crossword is where things don’t quite mean what they appear to mean. Most tech firms involved with new things like cryptocurrency don’t do the tricky stuff below the surface which would require a costly and cumbersome banking licence. They don’t have to accept the costs of red tape and regulation.

It’s also true that a warm embrace of digital finance is not worldwide. Take Germany,  for example, an advanced country consistently one of the most economically successful – the home of the legendary Schwabishe hausfrau – the woman who knows that if your monthly income is 100 Deutschmarks and you spend 105 marks then misery lies ahead.

In Germany, 52% of women still pay cash when visiting the supermarket. They don’t even especially trust credit cards. And they certainly have had many of their worst suspicions confirmed by the hair-raising events that occurred at Wirecard. You’re highly unlikely to see Frau Merkel paying for her wurst und kartoffeln by Bitcoin any time soon. Not while she has a clutch of 100 euros notes in her money clip.

There’s a fine line between a visionary and the hype-fuelled snake oil salesman. But there are also the out and out criminals. After an old fashioned bank heist – millions of dollar bills were heavy to carry away. Gold is even more of a weight liability, as they discover at the end of The Italian Job.

Thus, crypto has become the desired payment of choice for cybercriminals. Almost $350 million went to cryptocurrency wallets associated with ransomware attacks in the US last year, quadruple the level of 2019.

How long this fashion might last remains to be seen. Bitcoin is built on a digital ledger that publicly records every transaction, with users identified by a string of characters called a “wallet address.” If a law enforcement agency can figure out a wallet’s owner, it essentially has access to that person’s entire transaction history, with no subpoena currently required. Compare that with the relative untraceability of paper money, and the good old greenback starts to look pretty good for your average criminal enterprise. At which point and rather unexpectedly – enter The Bank of England which has been ruminating about a Central Bank Digital Currency or CBDC.

CBDC, the bank thinks “could present a number of opportunities for the way that the Bank of England achieves its objectives of maintaining monetary and financial stability.”

As the issuer of the safest and most trusted form of money in the economy, should the Bank provide the public with electronic money – or a Central Bank Digital Currency (CBDC) – as a complement to physical banknotes? This answers a lot because unlike Bitcoin or its rivals the Old Lady of Threadneedle Street must be “as safe as houses.”

In a world of constant change, Emperor’s New Clothes, shifting sands and digital weirdness what is a “solid fundamental” like gold used to be. Gold had that standard. But it’s entirely possible that Central Bank Digital Currencies could take its place. In the meantime, crypto may be the future but neither it nor we are ready for it quite yet. The plays that the likes of Elon Musk and Peter Thiel make are entertainments on the path to direct proof that Bitcoin’s price either has fundamental value or is a bubble-driven asset. 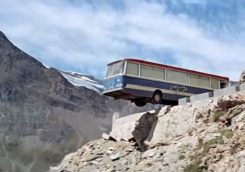