The economist Harold Demsetz coined the phrase The Nirvana Fallacy in the late 1960s.  It is a malaise suffered by many politicians – “described by Wikipedia as:

“the name given to the informal fallacy of comparing actual things with unrealistic, idealized alternatives. It can also refer to the tendency to assume that there is a perfect solution to a particular problem.”

Thus, at election time, we are promised (famously high) Scandinavian levels of social security and healthcare, paid for by (famously low) US levels of tax.

But large square blocks tend not to fit into small round holes.

In London, politicians of all hues chase the Nirvana Fallacy, nowhere more so than on housing. They offer extravagant promises on anything from 50,000 new homes every year to “affordability” (a term often ill-defined) via any number of mechanisms, “social”, “starter”, “controlled rent” among them. As the Mayoral election draws closer, so the promises – as in any election – intensify. Few are subjected to detailed scrutiny – rarely challenged on their underlying premises. The debate rages instead on the accompanying dogma.

London’s housing crisis is well documented. The problematic structural issues less so. The capital has absorbed a city the size of Edinburgh in the last ten years and is set to absorb a city the size of Birmingham in the decade ahead. The issue is one of migration, for sure, but has very little to do with Syrian refugees or the poor souls stranded in the “jungle” of Calais. Meanwhile, pressures on cost and pricing intensify. The costs of accommodation are increasingly beyond “average” citizens, who now may have to wait until the age of 37 to step onto the London housing ladder for the first time.

The harsh fact is that a quantum of homes – say, 50,000 a year – will never be built until the planning environment and the property sector undergo significant structural change.  Nothing has really changed since Ken Livingstone’s stint as Mayor.

Issues are complicated and inter-dependent: the scale of development enterprises (the average size of a UK property developer is one-fifth that of competitors in the US or Asia); access to capital; lower loan-to-value ratios; fragmented land ownership; public-private/ infrastructure-planning partnerships fettered by politics; piecemeal planning regimes; the under-capacity of authorities to plan with expertise; a seemingly inherent fear of height and density; and, above all, the rarely referenced “construction crunch”.

“A wholesale, honest and radical re-think is urgently needed”

London currently has – on latest estimates – 22,000 vacancies in the construction sector. Even if we wanted to build the homes, we lack the skilled workforce to deliver. A bricklayer with one year’s experience currently earns more than the starting salary at Goldman Sachs – just one example of the distortion in skills and labour supply & demand.

And then we need to discuss whether to go “up or out” – to densify at certain points, preferably in line with infrastructure capacity, or to build on the romanticised Green belt (described by one London political luminary as “the place cabbies go to play golf”). Tall towers are quickly shunned by NIMBYism of the worse order – often by those who simultaneously decry the housing crisis. Few seem to have looked abroad to cities like Tokyo or New York, where height and density sit comfortably with an exquisite and inclusive public realm.  Yet greater density – in very simple terms – may be the easiest way to increase affordability by easing supply and creating more re-investable value.

London could of course pursue a “Greater Tokyo” strategy – creating commuter suburbs in the deprived outlands (Margate, Folkestone, Clacton, Slough all spring to mind), connected to the urban hub through joined-up thinking around High Speed Rail – but to do so would be to go against political fashion and be seen to offer favourable bias to an already over-indulged capital.

No-one seems to want to go there.

What London now needs more than anything is leadership that calls out and works to address these problems, rather than painting over them with grandstands and sound-bites.

We can all wring our hands in dismay at the shortage in homes and housing – but we are doing little more than colluding in the Nirvana Fallacy of planning and construction. The perfect solution exists only in imagination, while practical solutions invoke the anti-zeitgeist and the politically challenging (including more centralised planning and decision-making; empowering an immigrant community to get London building again).

Nirvana may be a fallacy but the London housing and affordability crisis is real. To ignore it is foolhardy and threatens the long-term prosperity of the city on which, rightly or wrongly, Britain’s own commercial health and prosperity depends. London needs courageous leadership now more than ever before. It is time we called it. 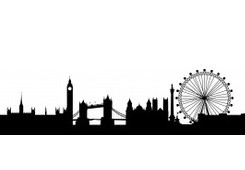