This article is written by Chris Morgan, Head of Tax Policy, KPMG following the launch of the the What to Tax? publication.

Last month we released our publication, co-edited with Jericho Chambers, called What to Tax? The booklet recognises that “Whether we look at developed countries, with aging populations and growing health and social security bills, or at developing countries needing funds to finance the UN Sustainable Development Goals, it is clear that there is pressure to widen and deepen the tax base”. Various contributions look at a broad range of taxes, corporation tax, employment taxes, property and wealth taxes, VAT and green taxes all of which need to be addressed to ensure that, globally, we have tax systems fit for the 21st Century and its challenges. 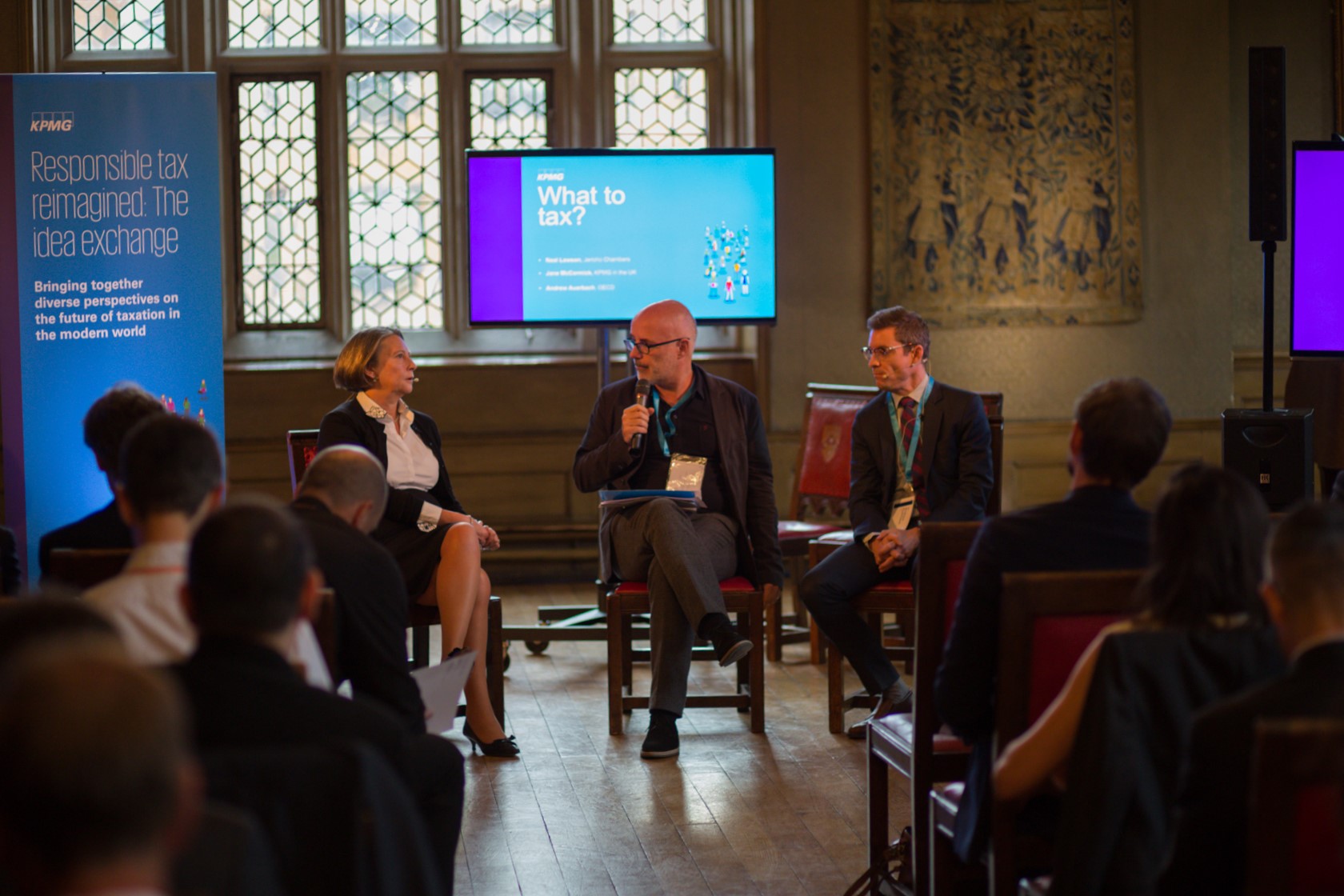 There is no one blueprint for a perfect tax regime. The mixture of taxes and the relevant rates will vary depending upon a country’s circumstances. But one tax which is consistently raised in the debate is corporation tax. It was corporation tax – and the perception that some multinationals were not paying their “fair share” – which prompted us to start our Responsible Tax Project in the UK in 2014.  At that time the OECD’s Base Erosion and Profit Shifting (BEPS) project had just began. The agreed 15 Action points are now in their 3rd year of implementation but interest in corporation tax has not died down. If anything it has intensified with the focus on the taxation of highly digitalised companies.

The tax and digital question is a good example of why we need an on-going responsible tax debate. At a recent UN meeting I attended one participant referred to estimates of $200bn of tax avoided from developing countries as a reason for taxing highly digitalised companies. The EU Commission has said repeatedly that digitalised companies pay an average effective tax rate of around 9% – much lower than “traditional ones”.  But these references are misleading.  The $200m– even if correct – refers to amounts which it has been estimated to have been avoided – usually by means of manipulating transfer pricing – it does not relate to digitalised businesses. Similarly the EU Commission has been criticised for basing its statement on a purely hypothetical model whereas studies of actual companies and their effective tax rates show that digitalised businesses pay as much tax as traditional ones. This definitely is not to say that aggressive avoidance – as well as (clearly) evasion – should not be tackled. But we should not confuse these issues with situations where the real issue is that existing tax rules are not, or do not appear to, adequately address modern business practices.

It is true that technology now allows a company with a base in one country to sell significant amounts of good or service into another state without having a physical presence and so without have a taxable presence under tradition rules. Some countries see that as problematic which is why Action 1 of the BEPS project focused on digitalisation, several countries have introduced or are considering introducing specific taxes on certain digital activities and the EU is proposing a Digital Services Tax and the concept of a taxable Significant Digital Presence.   Nevertheless, the issue is not one of avoidance; it is about taxing rights – ie which countries can tax what proportion of the profits. To ensure good policy is proposed it is important not to confuse the two. The BEPS project addressed mismatches in domestic laws, inconsistency in international rules and avoidance. The BEPS action plan needs to be implemented and that will take time. But it never set out to address the fundamentals of international tax and the established split of taxing rights between different countries. So the big question now is – do we need to revisit the basics?

To this extent, the “digital” question is just a window into the wider question about international corporate tax more generally. This is, in part, recognised in the OECD’s Interim Report published in March 2018. The Report notes that countries can be divided broadly into three camps. One group believe BEPS should have solved all the issues and we should at least wait until the rules have bedded down before making more changes. Another believes there is a specific issue with highly digitalised companies and targeted rules are needed to tax data and user interaction. But the third group argue that there is no such thing as a separate digital economy or indeed separate digital companies, and any changes need to address the whole of the international corporate tax system. This view lends itself to a debate the impact of changing business models and the digitisation of the global economy.  Interesting, at the recent World Bank and IMF Conference in Bali, speakers from both institutions as well as the OECD and the UN agreed that there is not a separate digital economy.

So do we need to change the international corporate tax system and if so how? This is, fundamentally, the question at the heart of a consultation which the IMF has just launched, requesting feedback by 10 December.  In a recent webcast the OECD referred to three proposals being discussed in the Inclusive Framework. One is still the focused approach to try and only tax data and users; one is to have a global minimum tax; and the other is to change the existing balance of taxing rights to take market jurisdictions more into account.

However, before deciding to make any changes it is important to understand what the perceived issue is and what the intended outcome is supposed to be.

Currently we tax a company, or a multinational enterprise (MNE), on profits (ie income minus expenses) not on their turnover. The profits are then apportioned between countries which claim taxing rights by using the “arm’s length principle” contained in generally accepted transfer pricing principles. This requires a MNE to estimate what the profits would have been in each subsidiary or branch in the group if they had been independent parties trading with each other on an arm’s length basis. The BEPS project updated the transfer pricing principles to focus more on “value creation” in the belief that profits should be taxed where economic activity is carried out.

Some people criticise the transfer pricing rules as being too complicated – and they certainly can be and can be difficult for overstretched tax authorities in some developing countries which lack the relevant expertise. Others say they are a fiction. The profits a MNE makes include the synergies from acting as a group and, it is argued, arm’s length pricing does not tell you where these excess profits should be taxed.  For others the issue is that “value creation” – at least in a narrow sense – should not be the only criterion for exercising taxing rights. It is argued that the market jurisdiction, where customers are base, should also be able to tax the corporate profits. In a recently article, Michael Lennard of the UN refers to this as “value capture”.  Finally, some are simply concerned that where a MNE can operate from a low or nil tax jurisdiction it will have an advantage over those which cannot and over purely domestic companies. 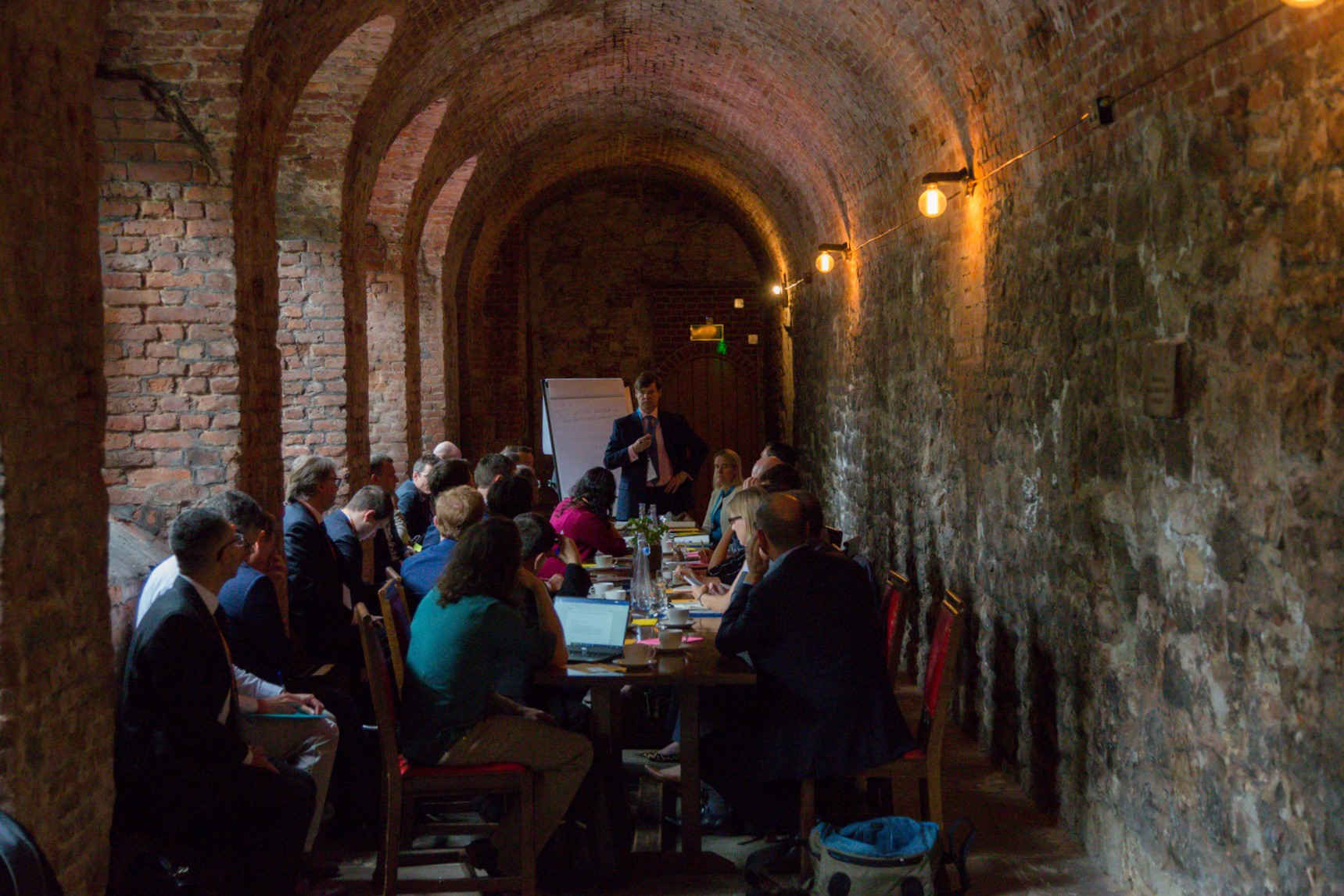 Chris Morgan, Head of Tax Policy & Head of EU Tax Group, KPMG in discussion at the launch of the ‘What to Tax?’ publication – October 2018.

It will be clear that the way in which the issue is posed will influence the solution. If the issue is low tax jurisdictions and the need for a level playing field, perhaps adequate anti-avoidance rules or a global minimum corporate tax rate would solve it.  For others though, it is a question of improving the transfer pricing rules – maybe tightening them, maybe simplifying them. Some NGOs or associations such as ICRICT want to move to formulary apportionment whereby a MNE’s global profits would be shared out using a mathematical formula based on for example sales, employees and assets. It is argued that this approach is simpler, harder to manipulate and also remunerates the market jurisdiction.  In reality though there are many complexities which would need to be addressed – not least the need for global agreement.

There is now renewed interest in destination based taxes, which would shift some or all of the taxing rights to the countries where customers are based and away from where goods and services are produced. Such taxes share a potential problem with formulary apportionment that they may shift the global tax base to the largest and most wealthy countries, so actually depriving low income countries of revenue. Destination tax also moves away from the principle of allocating tax to where the value is created in the traditionally accepted sense.

Finally there are some suggestions of using a profit split method to apportion some taxable income to the market jurisdiction – that is, where the customers are based.  Whether or not it is possible to integrate such a destination principle into the existing transfer pricing rules in this way, without creating extra complexity and risking double taxation remains to be seen.

Corporation tax from MNEs only accounts for 5% of the tax take in developed countries. It is far more important in developing countries where the average is 10%. Sometimes NGOs seem to claim that if all MNEs paid their “fair share of tax” there would be enough money to pay for all the education, health and infrastructure needed to meet the SDGs. Clearly this is not the case. As Maya Forstater has pointed out, even if the estimates in taxes being lost  are true, it amounts to $20-40 per person – hardly enough to pay for such goals. However, even if corporation tax from MNEs does not represent a pot of gold to solve all the world’s needs, it is still very important. Creating an international corporation tax accord which works for the 21st Century is critical for supporting economic growth (for example by avoiding tax wars and double taxation), for ensuring that returns to capital are properly taxed and for creating international equity. For these reasons, we believe that the responsible tax dialogue should be focusing on international corporation tax in the context of an increasingly digitised global economy. 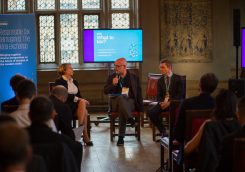