I was struck recently, during the UK Uncut protests at the tax avoidance activities of Starbucks, by a comment made by a senior campaigner at Oxfam “pity it’s Starbucks, they buy fair trade ethical coffee from Ethiopia.”

It’s the sort of comment the Slovene philosopher Zizek would love. He has long argued that the increasing desire amongst the liberal classes of the west to ‘do something’ in order to protect the world’s environment and help those living in poverty has been exploited by corporate marketing strategies.
Zizek believes that ‘when you buy something, your ethical and moral duty is already included in your purchase’.

So, for example, the promise of Starbucks to reinvest a proportion of the profit made from every cappuccino or latte back into the harvesting of ‘fair-trade’ coffee beans in Ethiopia. With this the consumer is offered a feeling of redemption for the purchasing of an ethically questionable product because they are led to believe that the corporation is taking care of the predicaments facing the world.
Though charities have created greater public awareness of the damaging actions of multinational corporations they have failed to reduce the individuals desire to consume or at least to consume ‘well’. As a result ‘corporate responsibility’ has been effectively used as a method of redemption as it green washes over people’s concerns and absolves the corporation from fundamental change. The problems of environmental degradation and global inequality will not be tackled effectively without, metaphorically speaking, Oxfam and UK Uncut being on the same page. You can’t buy ethical coffee on the one hand and avoid tax on the other. You can on the other hand buy coffee from companies that pay their taxes and make good coffee. Starbucks do neither very well. 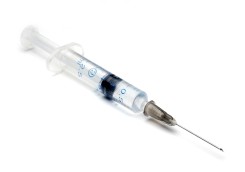