The corporate world has shot itself again in its own fraudulent foot. Already in 2017, we have seen Rolls-Royce admitting to 20 years of bribery and corruption (and accepting £671m in fines from the SFO) whilst the investigation into the knowingly overstated earnings of BT’s Italian division resulted in a £530m write-down.

These are just some of the most recent examples in a long string of major corporate failures, building on precedents such as Tesco and its illegal treatment of suppliers, Sports Direct effectively failing to pay its workers the legal minimum wage, Volkswagen and its deliberate cheating of emissions tests, Facebook overstating video viewing figures… the list goes on.

It’s not just the corporate world where cheating and lying is de rigueur. The elected US President is one who revels in lies. In football, biases are so engrained in managers’ post-match interviews that it was merely the logical next step to claim – as Jose Mourinho did – that his team drew rather than lost (as the score line clearly stated). All of which rather vindicates the public’s lack of trust[1] in corporates and other institutions.

Acknowledging that this trend shows no signs of slowing is a bitter pill to swallow. It is with disappointment, but realism, that we acknowledge that legality and truth are not currently central to the overall success of an institution or an individual: VW has very recently become the biggest car manufacturer in the world; Tesco, Rolls-Royce and BT will remain fundamental to corporate Britain; Sports Direct has revenues nearing £3bn; The Manchester United manager is paid £15m a year… Trump is President.

But we can’t just blame a few bad apples. Perhaps it’s time to acknowledge that it is Society that allows such behaviour to continue, whilst those in the corporate world who act honestly fail to make their case in ways that make enough of a difference.

Whilst protest marches and online petitions are growing in response to Trump, actions that made a material difference to corporate misdemeanours have been thin on the ground. In Davos this year, the Prime Minister went some way towards capturing this lukewarm indifference when she said, “We must heed the underlying feeling that there are some companies, particularly those with a global reach, who are playing by a different set of rules to ordinary, working people.”

Corporate leaders may well be “heeding” the underlying feelings, but they will likely continue a rather more determined focus on trying to meet or exceed rising expectations among that same group of “ordinary, working people”, to sell them yet more stuff they probably don’t need (or as a CFO may put it, a corporate will continue to try to achieve sustainable increases in corporate value despite economic and societal headwinds). And it is these ordinary, working people who are essential to a company’s survival; companies rarely fail through fraud, they fail if they become detached from their customers and consumer needs. BHS, Blockbuster, Jessops and Phones4U all failed as their business model didn’t evolve at the same pace as their customers group. They lost sight of the customer and they lost their business. Deservedly (arguably) for the company, but more tragically for those who also lost their livelihoods.

But what if “heeding” meant placing honest, responsible business practices on the same level as the core product benefit in terms of importance? Then, failure in either honesty or customer focus would lead to a mass exodus of customers. And for stakeholders, what if “heeding” meant it was untenable for them to do business with morally corrupt organisations? For example, what if to supply credit, raw materials, audit services or to hold shares in such organisations would entail significant damages their own organisation?

But why not go a big step further? What if “heeding” meant service contracts, employment contracts and supplier agreements were constructed in such a way as to guarantee an equal balance of power between business and their stakeholders. For example, if an organisation is guilty of unethical, fraudulent or corrupt practices then contracts would become null and void, or have some rebate written in. Bang goes paying for the remainder of your BT Sports package; refunds all round on replica shirts; free Merlin Trent engine service contracts…

Such a rebalancing would, at a stroke, put the risks of malpractice so high as to make unthinkable the internal cultures that put short-term gains ahead of longer-term survival. Business leaders would still focus on putting the customer at the heart of their business – but never at the expense their organisation.

This is what “heeding” really should be about. Putting both the customer and Society at the forefront. This doesn’t mean reliance on a scorecard of metrics. Instead it relies on a deeper understanding of Society and of colleagues, the values they really live by (as opposed to the values in the company handbook) and the choices individuals make when it comes to difficult – and sometimes unpleasant – decisions. “Heeding” requires a firm understanding of how internal and external expectations are evolving. It requires an understanding of more than just what is legal, or what will get around compliance issues. It means acting appropriately, making decisions for the long term, and making that case effectively to stakeholders.

Good corporate leaders are already “heeding the underlying feelings”. For those who aren’t, Society needs to create a moral and business imperative – potentially with legislative help –where leaders have no other choice.

Andrew Gunn is a Partner at Jericho, specialising in using opinion research as a tool to build more effective service, offer, brand and communications. 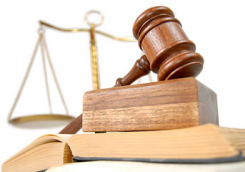