Our evening on trust with Robert Phillips began with his thesis that PR is dead and ended with the contemplation that coaching, at least in its one-to-one manifestation, might be too.

Robert presented a view of the corporate world as seen through the prism of PR. It’s a story of two Edwards: Edward Bernays, the founder nearly 100 years ago of what we now call public relations (Bernays called it propaganda); and Edward Snowden, the whistleblower who in 2013 leaked thousands of classified intelligence documents. In Robert’s telling, Bernays – who distrusted the democratic judgment of the people – symbolises the corporate impetus to control and impose while Snowden symbolises the deconstruction of corporations’ ability to control the agenda in an era when networks and social media make boundaries porous and usher in radical transparency. Bernays represents the notion that trust can be invoked as a leadership narrative, Snowden that trustworthiness is something that is hard-won through leadership behaviour.

Robert’s was a rich presentation which called in support Aristotle, Thomas Aquinas and Michelangelo’s David. He talked about his own increasing militancy: in challenging the primacy of the shareholder value model; in advocating profit optimisation rather than maximisation; in asserting that leadership is reflected in what we do rather than what we say. But if anything made the case for the relevance of his model of public leadership it was that picture that leadership is no longer enacted in the world of Edward Bernays but in the world of Edward Snowden. This, according to Robert, demands courage and vulnerability of leaders – in Robert’s terms, it demands that leaders be prepared to stand naked (like Michelangelo’s David) in front of those they purport to leader: in a sense, disempowering themselves, in order better to realise their influence.

Robert spoke about how his argument that PR is dead had elicited resonances from people working in other institutions: the academic who has declared that leadership is dead; the ambassador who wondered if diplomacy is dead. This begged the question whether coaching is dead too: is it part of the Bernays world or the Snowden world?

Among those present, there was agreement that coaching can easily become collusive with the legacy models of leadership that arise from the Bernays world. But there was less agreement about how it stands in relation to the Snowden world. For some, insofar as coaching is focussed on individuals, it can’t change the system. The most it can do is to foster deeper awareness in the individuals in front of us about who they are and how they relate to that system.

For others, the individual focus of coaching was a limitation. If it was to be a profession with relevance to the Snowden world, it needed to find ways to work more systemically: to elicit greater connection between individuals so they can develop and share understanding about how collectively they are shaping the system. In this view, coaches could be more like curators of conversations between people of diverse perspectives, create a safe space in which they can connect, helping them unsderstand where they’re getting it wrong and how they can get it right. As one participant put it, our clients can’t be effective until they open out to their environment; coaching in the Snowden world will be successful only insofar as it re-engages people with their environment.

A different aspect of the discussion focussed on the readiness of leaders to make themselves vulnerable. One coach reckoned that probably 30 to 40 per cent of his clients were fearful leaders, conditioned by experiences in early childhood. Such people were in no position to make themselves vulnerable and, far from working towards trustworthy leadership, were more likely to infect those around them with dysfunctional behaviours. Robert himself agreed that the majority of CEOs were not self-aware. But he doubted whether sufficient number of them would be prepared to work on themselves therapeutically for this to make a difference to the societal challenges caused by Bernays-conditioned leadership. He cautioned coaches to beware of drawing on exhausted language and paradigms. Most of us grew up in organisational cultures which are already superceded and our constructs may not be relevant to the generations now in or entering the workforce.

If the question of early trauma and how it surfaces for our clients was not resolved in this meeting, that’s a compelling reason to return for our next session on 25 February which is on this very topic.

Read the full blogpost by Martin Vogel here on the APECS blog. 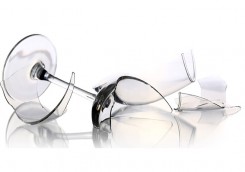