On 21st January, several million people (and counting) marched through streets around the world protesting the Trump presidency.  While women’s issues and equality were at the fore, concerns about other cracks in the system were also voiced: the unequal paying of taxes, climate change, refugees.

We all know things aren’t quite right at the moment, and we probably all have lists of policies we would rather see governments implementing. But we don’t know how to get there.  Beyond marching, few of us, if any, know what we can do about it.

I was once in a privileged position to ask Bill Gates, the world’s richest man, about the underlying problem of global inequality. His answer was simple: “Well, I can’t do anything about the global economy.”

Is there really nothing he can do?

The difference between a mere ‘progressive’ and an ‘activist’ is that the latter sees a way to bring ideas into practice, and then does something about it. We all have agency to change the status quo, only sometimes it’s hard to put into action. We often bury our head in the sand because it’s uncomfortable to do otherwise. I’m fortunate to be among a community of activists and change agents who feel they do have the power to change outcomes for the better. Sometimes we’re successful, sometimes not.

But whereas I can comfortably see myself as an activist or campaigner, and have ‘kindred spirits’ for support, many people in the corporate sector don’t.  Those who seek change inside companies often find themselves alone, constrained by business models, shareholders, or risk-averse leadership. Those who want to see more transformative change often end up simply jumping ship in frustration (if they can afford to), or risking their careers as whistleblowers.  Others simply give up, parking their political and ‘values’ hat outside the office door, leaving their activism to don a pink ‘pussy’ hat over a weekend protest.

If we want to bring about real change, one that counters the unfairness that has given rise to Brexit and Trump, then we need to get beyond armchair campaigning. We need to go beyond the comfort zone of online petitions,  and we need to stop taking our values hat off when we get to work.

I was inspired by Ikea’s recent refusal to invest in renewables in the UK, thereby taking a stand against the government backtracking on pledges to create a favourable environment for green energy. Cynics might see this as a step too far: business should stay out of politics.  But companies have never shied away from ‘activism’ when it comes to policies benefitting their shareholders.  Why is it not the norm for company ‘activism’ to help society or the environment? Activist companies (and the leaders within them) should feel equally comfortable being vocal about issues affecting workers and their environment.

Traditional civil-society activists cannot change things alone. Until we all find agency – in our private, working and political lives – the leadership void will continue to be filled by the likes of Trump and Farage.

We need to know more about the processes that turn values into practical action and bring about change.  The first step is to support each other in finding the ways and means to make changes happen.  How can people inside companies think of themselves as activists? How do processes of change gain critical mass? What tools can be provided to support change-makers? 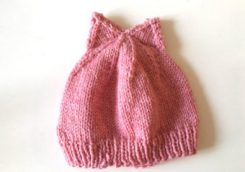