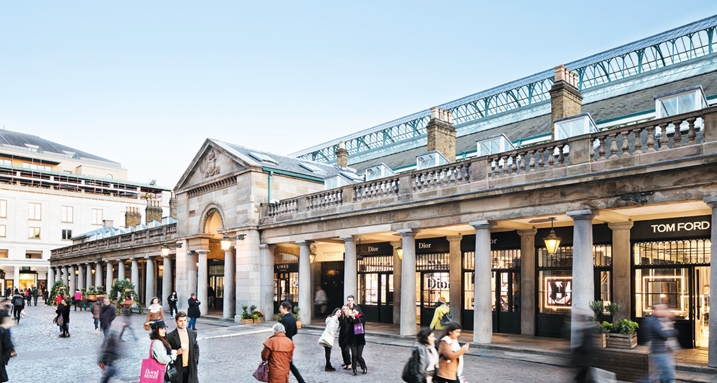 The future of central London will be the subject of a new Jericho programme for 2021, curated on behalf of Capital & Counties Properties PLC and run in partnership with Centre for London. It will seek input and insight, wisdom and ideas from a broad range of stakeholders, building on earlier work in this space – including the celebrated London Essays – and the London in Recovery Jericho Conversation in May 2020.

Central London: 2021 & Beyond
A Healthy, Thriving Future is Possible

The COVID pandemic has had a profound impact on many aspects of our lives, reaching far beyond the immediate consequences for Public Health. The economic consequences are yet to be fully understood, in the UK and elsewhere, still less the shape and costs of recovery. Multiple opinions abound: few are optimistic (at least in the short term) and predictions remain unreliable given that the only certainty is continued uncertainty for some time yet.

Major cities are in the eye of the storm: confluence points for the shifting world of work; as transport nodes; and as social, cultural and commercial hubs, by day and night. Many commentators have already written early obituaries – looking instead for a new nation of super villages, or arguing nostalgically for a flowering of artisan bakers, brewers and baristas and the reclamation of commercial spaces for low-cost residential accommodation. These obituaries are somewhat premature.

While no-one can deny the positive emotional benefits of – for example – an artisanal renaissance, this thinking is out-of-step with the commercial realities and imperatives of landowners and landlords and their participation in a healthy, flourishing economy. It is naïve to think simplistically about abandoning existing business models – the ones that make the wider economy tick. The debate, of course and as elsewhere, is not binary – rather multi-faceted and complex – and needs to be recognised as such

The post-COVID recovery is, without doubt, an opportunity/ moment for re-set; to re-think the eco-systems(s); and to address the issues that preceded the current crisis. It is possible to reconcile commercial realities with emotional aspirations – and a potential pathway to harness the best of new thinking for a more optimistic future.

Challenging markets and challenging conditions can create new and inspiring opportunities. Despite the prevailing gloom – and, now, with a COVID vaccine on the horizon – a thriving, optimistic, healthy future is possible.

The Changing Shape of London
A city in constant motion

Media in recent months has been full of headlines and data points chronicling the imminent “collapse” of the super-city and the potential demise of a thriving city centre in London. This includes, but not exclusively, short-term disruption to office occupation; the non-payment of commercial rents; profound changes to the nature of travel in the capital; the “consumption  crash” and the knock-on implications for jobs; collapse in tourist numbers; and, consequently, theatres, restaurants and major cultural institutions in financial freefall.

These crisis-points capture the short-term reality faced by major landowners and landlords in the city. Pragmatic, sensible measures (including turnover-linked rents, as exercised elsewhere in Europe) have been initiated in order to mitigate immediate impact. No-one is standing still.

“London will bounce back, because it always does”, commented LSE Professor Tony Travers at a summer London in Recovery Jericho webinar (“although it may take 30 years”). Elsewhere, a Centre for Cities report confirms, via its Recovery Tracker, that London currently remains bottom of the national tables for both Footfall and Spend … as recorded during the last week of August 2020. This is not, though, a forever position.

London is Precious
Short-term fixes are only a start-point

“At stake is the viability of the Central London economy. People say you shouldn’t be worrying about bankers, but this isn’t about bankers. The entire arts and culture district of London depends on people being around in Central London. If that goes, a lot of things go with it. Remember, this is the UK’s prime asset. We’ve got to be careful not to destroy it.”

A September 2020 report from Centre for London reflected a  number of points above about culture, travel and tourism. It called for a re-think of enterprise schemes, tax incentives (and BIDs) and for immediate and specific action on, inter alia:

These are all welcome initiatives (many have merit in their own right, beyond COVID) and any level of national or regional funding is to be welcomed. However, they are tactical responses within what is likely to be a much more profound structural shift. Longer-term, it is neither sensible nor feasible to replace Apple with artisans and expect the economic model – which sustains jobs and drives growth – to work.

London is “too big to fail” as a powerhouse within the UK economy overall. It generates approximately 22% of national GDP. “Levelling-up” offers popular political rhetoric but must be handled cautiously and sensibly in an economic context. It makes no sense to simply kill the goose that continues to lay the golden eggs. More imaginative responses are required.

Moreover, any structural re-think for the centre of the city cannot be based only on the (Public Health) consequences and implications of the COVID pandemic. A number of critical influencing factors remain in play, some admittedly heightened by the current crisis, but already there beforehand. Among these, for example: technology, automation and the shifting shape of work and retail; sustainability and the green agenda (including air quality & pedestrianisation of cities); and then there’s Brexit … and its many implications.

New thinking is required, starting with the question: what kind of city – and city centre – do we want?. The re-set is a moment of opportunity and ambition, not just one of challenge and concern. What does it take to thrive? This question lies at the heart of the new Capco/ Jericho programme.

Huge advances in (open) data, AI and robotics plus shifting employment and retail and leisure habits support a radical re-think not only about the place(s) in which we work and play but the way we live.

There is already a canon of fresh thinking to draw upon (with special thanks to the inspirational urban thinker Indy Johar and Dark Matter Labs for input):

Of course, not all of this is achievable in the immediate-term but can be held as a vision and ambition – a direction of travel – while still respecting heritage and history. Collectively, this supports the understanding of London as a world-class city and destination, whose economy is based on innovation, quality experience and high value propositions. These future-facing ideas, and others, should be incubated regardless of the state of the current pandemic.

This article is intended as the start of a conversation. Ideas will be captured, collated and developed, contributing to a Centre for London publication in late Spring 2021. If you would like to get involved, please get in touch.

Other Jericho programmes with help inform Central London: An Optimistic Future. See updates elsewhere on www.jerichochambers.com – including those on The Healthy Work Project, Public Health: In the Right Place?, Our Future Voice Now and Ahead of the Curves. 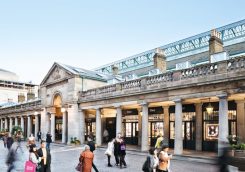