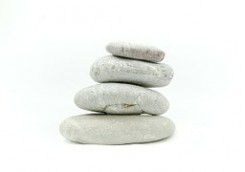 Gamechangers: Sticks and stones? But a kick in the balls will hurt you alpha bullies

by Christine Armstrong, in International Business Times, on 29th October 2015

Lots of friends are furious about Jeremy Corbyn.

Much judgement is being chucked at Marissa Mayer, whose combination of glamorous beauty, technical mind and astonishing wealth clearly...

Now listen to me Gordon Brown and Tony Blair, I am saying this in my best “mother” voice: “Stop...

It never occurred to me that the Edinburgh Fringe was something for me.

British summers are short. But the school summer holidays are long.

I sometimes think I’m the only person in the country who doesn’t hate Michael Gove. He did some great...

Having children has moved death up my agenda. When I was small, my parents moved to Mauritius and I’ve...