Talking about race at work can be uncomfortable. If we’re looking for system change, how can we do this without having uncomfortable conversations?

Last week senior contributors from the Future is Work is Human (FOWIH) community debated how we can start progressing racial equality at work, particularly at the highest level, at a dinner hosted by the CIPD and chaired by Jericho Chambers.

A confession – I drafted four different openings to my summary of the discussion, and then rejected them all, for fears of trivialising the issues of race in the workplace, getting the language wrong, or causing more controversy than our round table tried to resolve. But, the event confirmed I am not alone in feeling it difficult and uncomfortable to talk about race. And this is why having the conversation again and again is the least each one of us can do, as we certainly can’t find a solution without naming the problem out loud.

Why businesses are still failing to make sure black, Asian and minority ethnic workers feel included

In the absence of a silver bullet for racial issues at work, we discussed why businesses are still failing to make sure black, Asian and minority ethnic (BAME) workers feel included. In CIPD’s own research 3 in 10 black employees said that discrimination contributed to a lack of career progression for them, and that would explain low ethnic diversity among UK’s senior managers. This is against the backdrop of a clear moral and social case, as well as economic benefits of fuller skills utilisation associated with workforce diversity.

Worse, in the same research BAME employees were more likely than their white British counterparts to say they need to change aspects of their behaviours to fit in at work. Belonging was a central theme of our discussion, and made me question whether I had previously understood the reality of feeling excluded at work based on skin colour. In a crude way it reminded me of going to an unfamiliar foreign country; not speaking the language, desperately at risk of breaking the custom, always a guest. The tragedy is that we managed to create similar parallel worlds within the boundaries of our own workplaces, where the white majority asserts power through a set of unspoken rules – “a stereotypical leader must look and act like this” – and these rules are largely unknown, unattainable, or just unacceptable to other groups.

The real barrier to addressing racial inequality at work

It is perhaps our failure to connect the two worlds with the same cultural language that is the real barrier to addressing racial inequality at work. Current approaches seem painfully one-dimensional; tokenistic representation of BAME on committees, diversity networks that only segregate the groups further, and political correctness taken to extremes.

A different way of looking at the problem, described by one of the attendees, is to see inclusion not as a policy or process, but as a behaviour embraced by everyone working in an organisation. Of course, we know that system change is the real goal of equality, diversity and inclusion programmes, but what are we doing to truly make this a reality? Starbucks, following a recent incident where two black men were arrested in a Philadelphia store, is closing early on 29 May to provide its US workforce with a “racial-bias education programme”, but it would take much more than a one-off training course to establish a culture of inclusion across hundreds of thousands of staff.

Still, if we are to move towards race equality, my bets and hopes are on the workplace as the arena where we can begin improving behaviours to see broader societal change, just like it is now happening with gender issues. Even though research shows that between 17:00 and 09:00 people of different cultures hardly socialise with each other, we still meet at work, and so it seems an obvious place to get to know each other better.

At the roundtable we recognised growing willingness to do something, and even if we are not there yet with a fundamental shift in workplace culture, as individuals we start conversations to surface racial issues. What I like about that simple message is that it gives everyone a bit of power to do something, be that campaigning for equal opportunities, applying for that job despite all odds, or inviting a colleague to join a lunch outing. Our own voice and ear to pen to voices of others are what we all have, irrespective of skin colour.

1. Understand what is happening in your organisation
2. Be aware of intersectionality and examine progression barriers through multiple lenses
3. Critically appraise your organisation culture
4. Actively encourage employee voice to inform change
5. Address unconscious bias

Further detail can be found in our report, Addressing the barriers to BAME employee career progression to the top.

Ksenia Zheltoukhova is Head of Research and Thought Leadership, CIPD, and core member of the Future of Work is Human community. This blogpost follows on from a series of discussions on inclusion, hosted by CIPD and Jericho.

Most recently, a group of D&I practitioners, HR Directors and business leaders met to discuss why we find it easier to talk about gender rather BAME diversity at work. 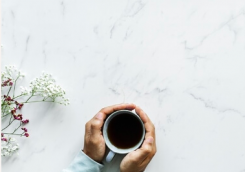