The Westminster circus has worked itself into contortions over the EU referendum and Prime Minister David Cameron’s decision to let ministers make their own decision about how to vote.

He said the government will make “a recommendation” to the public on which way to vote but “it will be open to individual ministers to take a different, personal decision while remaining part of the government”.

The move has been seen as a wily political manoeuvre to keep the Cabinet stable and prevent senior resignations. The Telegraph describes it as “a masterstroke” while the pro-Europeans are smarting at an “unfortunate” decision that will probably aid the other side.

But step back from the Westminster Big Top for a moment and the ridiculousness of this debate is breathtaking. Cameron’s decision is absolutely right for important reasons.

Partly because pretending to voters that hundreds of Parliamentarians share the same view on anything is absurd. Voters are not morons. Within any team there is disagreement and dissent on matters far less complicated and entrenched than Britain’s relationship with Europe. Being nakedly dishonest about disagreement is part of the reason that politicians are so ill-trusted.

This is particularly true when complex issues evolve quickly, are communicated in real time and we have access to vast amounts of information on any subject. Decision makers in any field – let alone politics – who cling to one fixed view of anything are doomed to make poorer decisions.

Allowing, or better, encouraging debate on the difficult stuff is critical to improving our thinking. A case which is well made by Professor Noreena Hertz in her book Eyes Wide Open where she explains that the more doggedly sure we are of anything the greater chance there is of us being wrong.

The reality is that both parties need to be able to be more flexible about areas of disagreement when different views can no longer be hidden from view.Corbyn trying his best to make this into a Labour victory while his own party stages a bear fight over defence and his leadership is laughable. As even he realised when the House erupted while he advised Cameron on the need to make friends to negotiate.

The bubble of Westminster is more and more porous. Michael Dugher’s tweeted his own downfall and updated his profile to describe himself as “sacked by Jeremy Corbyn for two much straight talking, honest politics”. Trying to impose an 18th-century whipping system under collective responsibility is akin to putting your faith in British flood defences.

It’s time to just stop. Stop trying to impose top-down, command and control leadership in a fluid world. Stop pretending that there are black and white answers that can be written in stone (sorry Ed). Stop seeing dissent as a bad thing. Stop pretending that parties agree on everything and that politics remains bipolar and can ignore emerging coalitions and factions, like Ukip and The Women’s Equality Party. Stop pretending that schisms can be papered over with a media briefing.

As Margaret Heffernan said in her TED talk Why it’s Time to Forget the Pecking Order at Work, “for years, we’ve thought that leaders were heroic soloists who were expected, all by themselves, to solve complex problems. Now, we need to redefine leadership as an activity in which conditions are created in which everyone can do their most courageous thinking together”.

So, yes, Cameron is absolutely right to allow ministers to speak out. It is only a shame that both sides can’t do it more often on more issues. 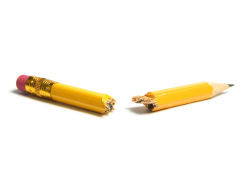